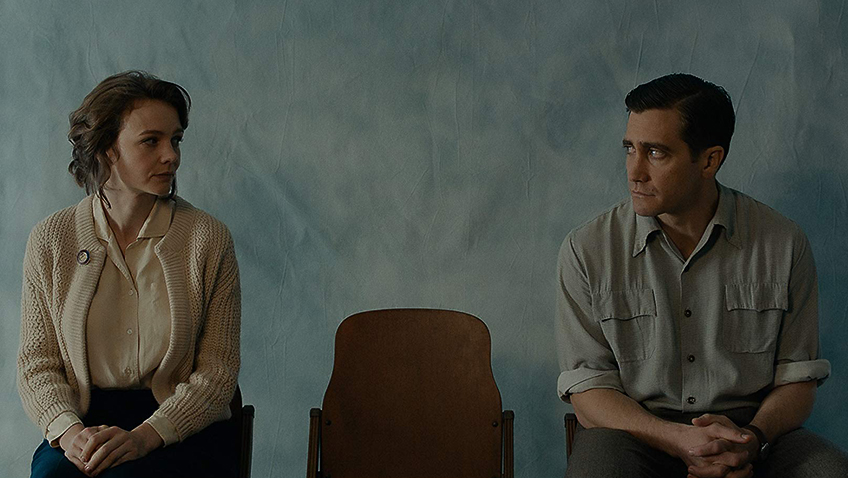 , about a dysfunctional family self-destructing along with the American dream, is a perfect match for the talented director. In Little Miss Sunshine, he played the son of another peripatetic dysfunctional American family; a Nietzsche-reading teenager who has taken a vow of silence. In There Will Be Blood, he plays twin brothers, one of whom sells his soul for a stake in an oil well, and in Prisoners, he plays a young man with an IQ of a ten year old. In Love in Mercy Dano inhabits the troubled soul of Brian Wilson, the talented composer/singer of the Beach Boys, who, abused as a child, struggles to enjoy the California prosperity and sunshine he writes about.

Fifteen years ago, Dano could have played 16-year-old Joe Brison the quiet, intelligent, observant product of a dysfunctional family who is forced to grow up quickly when his parents, who have denied him the stability he craves, act like children. Fortunately Joe is played by another very talented actor, Ed Oxenbould, and the story (the book is narrated in the first person) is seen through his eyes as he struggles to hold his family – and his own life – together.

into something hyper real; creating an ominous atmosphere and filling us with an uneasy tension like an Edward Hopper painting. The beautiful skies of Big Sky Country gradually turn metaphorically black and claustrophobic as forest fires burn out of control a few hours’ drive from the Brinson’s bungalow.

In the first, electrifying ten minutes of actress/playwright Zoe Kazan’s script, Joe witnesses his father, Jerry (another powerful performance from Jake Gyllenhaal) losing his job and refusing to swallow his pride when his boss, Clarence (Darryl Cox) recants and offers him another chance. Along with Joe we squirm as we watch Jerry, a golf pro at a country club blur the line between client and staff. As Clarence approaches Jerry’s group of high earners, Jerry is shooting the breeze with them, far too chummy for Clarence’s liking. Not anticipating his boss’s annoyance, Jerry introduces Clarence to Joe, as though the job were a family affair.

Joe has come to tell his athletic father that he wants to quit the football team. Jerry assumes that Joe is not fitting in. ‘Just ask the kids personal questions and they’ll like you’, he advises, an expert on how to be popular. When Joe asks why his dad is leaving, Jerry is forced to admit, ‘I overstepped my boundaries with the customers’. 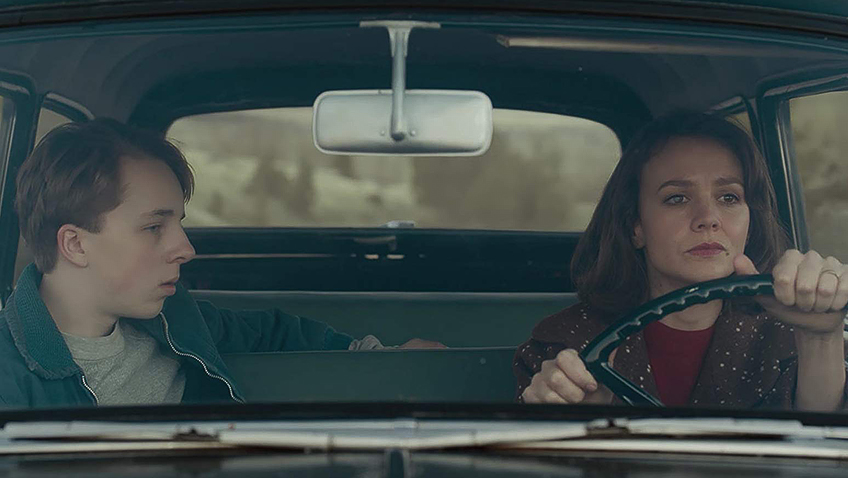 While telling Joe not to worry, Jerry’s most immediate concern is what he is going to tell his wife, Jeanne. From this we gather that the Brinson family has been moving west (Richard Ford’s American dream theme) as Jerry cannot hold down a job.

We first meet Jeanne (Carey Mulligan) as she prepares a hearty dinner for the family in their small, neat kitchen and is taking the news surprisingly well. ‘That man’s a fool’ she says,’ referring to Clarence. ‘Where is he going to find someone else like you?’

When Jerry announces that he is taking a job as a fire fighter and will be away for a while, the anger that Jeanne has pent up gives way to irrational conduct. It is not clear whether she fears Jerry is leaving her, will be killed or whether, as she tells Joe, he has a woman somewhere. Or does she simply resent him for running away from his responsibilities as a father and husband. 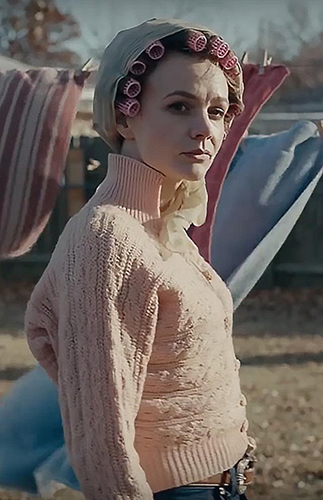 Joe does worry, of course, and within a short period of time it is Jeanne who has found someone else, not better than Joe, but a lot wealthier and more stable. Against Jerry’s objections (Jeanne left a teaching career for her family), Jeanne has found work as a swimming instructor and forms a relationship with mature student – Warren Miller (Bill Camp). It is hard to see what Jeanne sees in this repugnant car dealership owner, but Joe watches as his mother transforms herself into an uncaring, vulgar stranger who no longer goes shopping let alone makes dinner.

When Miller invites Jeanne and Joe to his place for dinner, Jeanne, wearing a skimpy dress, gets drunk and dances provocatively. She not only makes no attempt to hide her affair, she seems to flaunt it in front of her bewildered son. To Dano’s and Mulligan’s credit, the scene at Warren Miller’s is as excruciating for the audience as it is for Joe, only he does not know how to react. Should he be happy and grateful that Miller claims he will try to find Jerry a job when he returns from the fires, or should he resent Miller’s callous audacity? We can only feel Joe’s helplessness as he reminds his mother that he has homework and school the next day.

Whether it is a fault in the novel or in the adaptation, Jeanne’s transformation is so extreme (Mulligan’s performance is incredible to the point of painful) that we feel we are missing something. Earlier, a girl in Joe’s class tells him that her father, who has a good job in construction, has joined the fire fighters ‘in times like these…’ It is understandable that Jeanne would resent Jerry taking this low paid and dangerous job away from the family, but it is a job protecting lives and might lead to something.

After supporting Jerry and making excuses for a loser for so many years Jeanne might feel entitled to be selfish, but her cruelty to Joe and self-destructive bent, common in Ford’s novels, is less readily explicable. Granted, it is 1960, three years before Betty Friedan’s The Feminine Mystique

investigated “the problem that has no name”—the widespread unhappiness of women, primarily housewives, in the 1950s and early 1960s. Self-humiliation might be a natural reaction to disillusionment or the first step to independence and Jeanne must know that Miller is not going to liberate her or even get her a job; – but Joe is as vulnerable and lost as his mother.

This is why it also stretches belief that Joe emerges with top grades in school and has continued with the job he took – as a photographer’s apprentice – as a more practical alternative to football practice when Jerry was unemployed. You only wish that there were a tighter connection between the central conflict and this welcome subplot about Joe’s work as an assistant to a kind photographer – if only to help us believe that Joe has found some kind of stability and sanity.