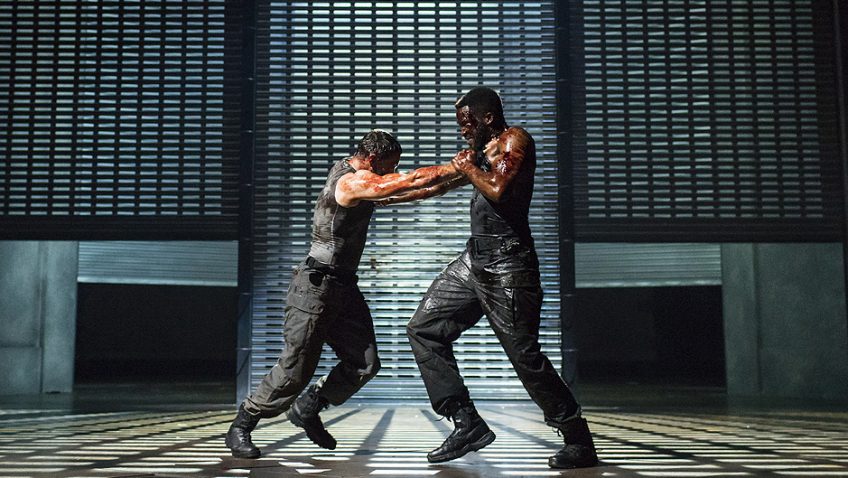 Shakespeare’s Coriolanus, not the easiest play to get right, has been never been popular with the general theatregoer. It works best at times of national strife when Left and Right find they can use its political arguments for their own ends.

In 1934 various French anti-republican groups persuaded the Comedie Francaise to stage the play and the performance led to demonstrations in the streets. The action is set in 490BCE before Rome was great and when she was still fighting the Volscians. Caius Martius wins a great victory at Corioli and is given the name of Coriolanus.

It was traditional for the warrior hero to appear before the people in sackcloth and ashes and display his wounds. Coriolanus, proud and arrogant, has an absolute contempt for the common people which, fatally, he does not attempt to disguise. He is incapable of acting mildly.

The idea of humbling himself in the market place is anathema to him; and even more so when he has to wear an unflattering bathrobe and bath hat which makes him look really silly.

Coriolanus bursts into tears when his mother, Volumnia, goes down on her knees and begs him not to sack Rome. He is the ultimate mummy’s boy and she destroys him

Sope Dirisu, who was so good in James Graham’s Tory Boyz and Kemp Powers’ One Night in Miami, is not always up to Shakespeare’s rich and challenging language.

James Corrigan gets a big laugh when Aufidius, leader of the Volscians, declares his love for Coriolanus is far greater than his love for his wife and that he has been having lots of wonderful wet dreams about him.

His declaration is prepared for in this production during the battle for Corioli when the two men fight each other in a very stylized love/hate manner and their grappling is accompanied by some live religious music and singing by Alexandra Ferrari.

Charles Aitken’s Cominus loves Coriolanus as much as Aufidius does.

The self-serving and trouble-making tribunes have been cast in the past as journalists, trade unionists, secret policemen and spin-doctors. Here they are played unconvincingly as two irresponsible women.

Coriolanus is part of the RSC’s season of Shakespeare’s Roman plays at Barbican Theatre and will be followed in repertoire by Julius Caesar, Antony and Cleopatra and Titus Andronicus.