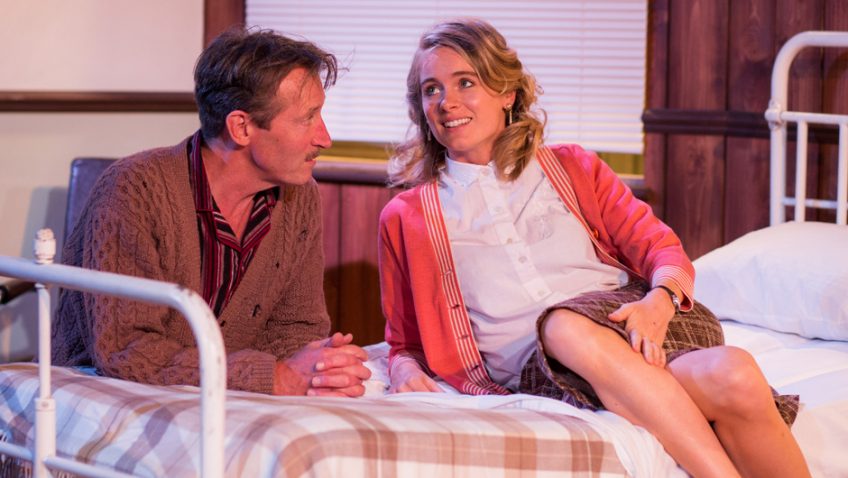 Why did Sonia Brownell marry George Orwell on his deathbed?

Tony Cox’s play has just had a sold-out run at the Old Red Lion Theatre. Theatregoers, who enjoy good writing and good acting and missed it then, should definitely catch up with it now at its new venue.

George Orwell married Sonia Brownell on 19 October 1949 when he was in University College hospital suffering from TB. He died three months later. He was 46 Sonia first met Orwell when she was assistant editor on the literary magazine Horizon. She had babysat for his son. She was the model for the heroine Julia in Orwell’s novel, 1984.

Peter Hamilton Dyer is very impressive and could easily pass for Orwell. Cressida Bonas is good casting for Sonia.

Tony Cox is a witty writer and the proposal scene (which opens with “Can you make dumplings?”) is one of the best comic stage proposals.

Sonia was very beautiful and 16 years his junior. She freely admits she doesn’t love him. He freely confesses he is impotent.

She knows he wants a mistress, a housekeeper, a nurse, a literary executor and a mother for his son by his first wife who had died of cancer in 1947.

So why does she marry “gloomy George”?

It was generally thought, unfairly, that she had merely married him for his fame and the massive royalties, from the hugely successful sales of Animal Farm and 1984.

If he had been plain Eric Blair, she wouldn’t have married him. She didn’t want to be Mrs Blair. She wanted to be Mrs Orwell

Robert Stocks is Fred Warburg, who published Animal Farm, which had been turned down by the big publishing houses. Edmund Digby Jones is a very louche Lucien Freud who makes a pass at Sonia which leads to a scene of sheer farce. Rosie Ede is spot-on as the hospital nurse.

The play, well directed by Jimmy Walters and cleverly designed by Rebecca Brower for smooth entrances and exits, is thoroughly entertaining and well worth seeing.

You will have to act quickly. The production closes on 23 September

Mrs Orwell deserves and I hope gets a much longer life on stage and television.