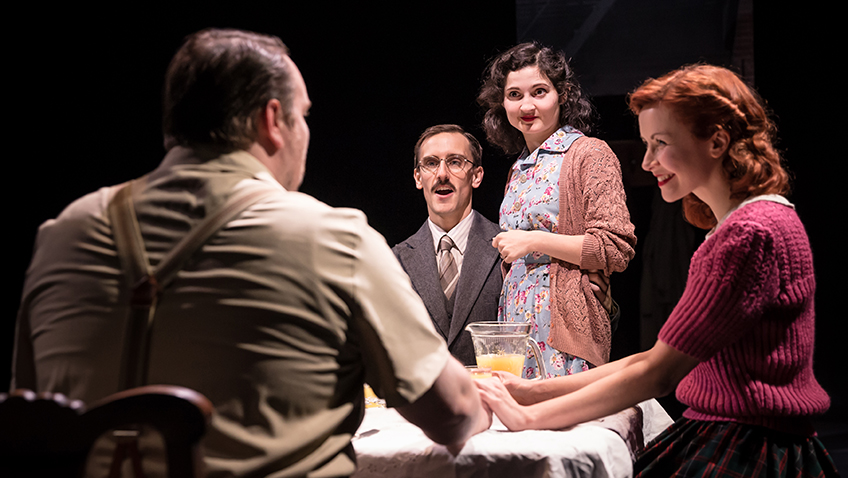 Husband and wife electrocuted for spying for Reds

James Phillips’ multi-award winning spy drama, The Rubenstein Kiss, gets its first London revival since its premiere at Hampstead Theatre in 2005.

Phillips takes his inspiration from the true life story of Julius and Ethel Rosenberg, a Jewish-American couple, who were executed in 1953 for allegedly providing nuclear secrets to the Soviet Union. 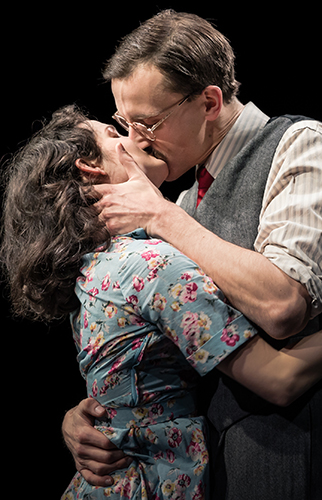 Henry Proffit and Ruby Bentall in The Rubenstein Kiss

Their trial took place at the height of the Cold War and the Senator McCarthy witch-hunts. It was a time of national hysteria when reds were daily being found under every bed. The judge, having delivered his sentence, blamed them for the casualties in Korea and the millions of people who had lost their lives.

The Rosenbergs always said they were innocent. The prosecution’s case hinged on the testimony of Ethel’s elder brother, who much later, just before he died, admitted to betraying them to save his wife and baby daughter.

In Phillips’ interestingly morally ambiguous version Julius and Ethel Rosenberg have become fictional characters, Jakob and Esther Rubenstein, and they are played by Henry Proffit and Ruby Bentall in Joe Harmston’s well-acted traverse production for the Devil You Know Theatre Company.

The play begins with a young man (Dario Coates) and a young woman (Katie Eldred) meeting for the first time in an art gallery when they are looking at an iconic photograph of Jakob and Ester kissing at the back of a police van. Unbeknownst to each other they are related.

He is the son of the Rubensteins and a law student who wants to clear his parents’ names. She is the daughter of Ethel’s brother (Sean Rigby). She is a history teacher and she wants to get at the truth. Her father always claimed that he had misunderstood what the FBI (Stephen Billington) had asked him.

Phillips draws a comparison between Julius Rosenberg and John Proctor in Arthur Miller’s The Crucible. Proctor refused to name names and sign a confession that he had been trafficking with the devil; he preferred to be hanged rather than ruin his good name with a lie.