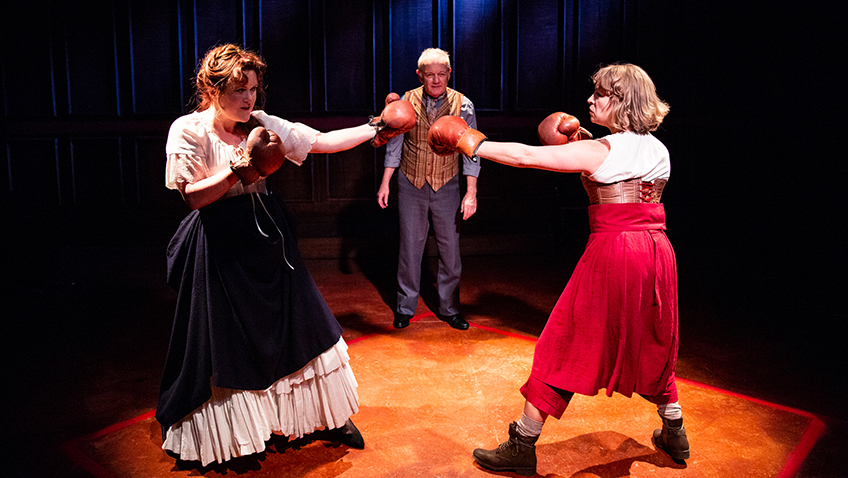 The sweet science of bruising in the Victorian age

It was the sportswriter and journalist Peter Egan in the 1810s who coined the phrase “the sweet science of bruising.”

Joy Wilkinson’s play is immediately interesting because it is about female pugilists in the Victorian era.

The play is set in 1869 when knuckle fighting had been banned and gloves have to be worn. The women fight fully dressed or in their petticoats. The Victorians disapproved thinking women boxing was more suitable for circus and freak shows. 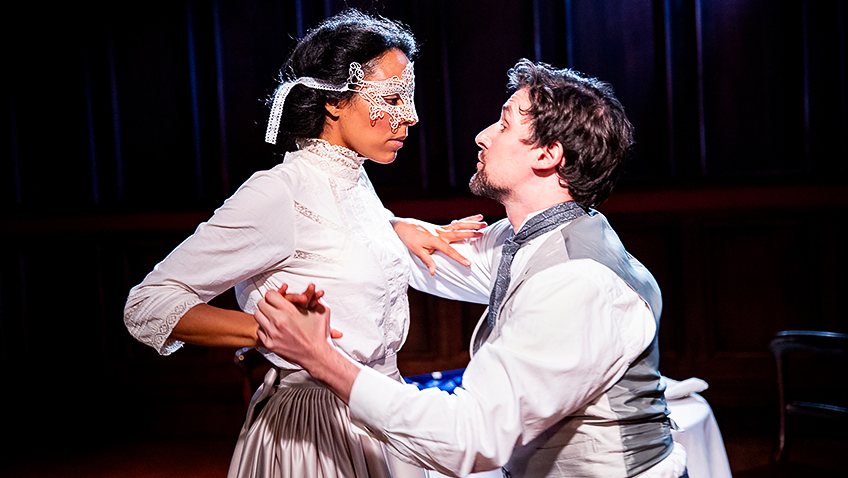 Wilkinson concentrates on four women who take up boxing as a means to escape the control of men and to take charge of their own lives.

A middle class married woman (Kemi-Bo Jacobs) wants to escape her brutal philandering husband (Joe Coen) who is keen to put her in an asylum.

An upper middle class woman (Sophie Bleasdale) who is a nurse and wants to earn enough money to pay for her fees to study to become a doctor.

A working class girl (Fiona Skinner) and her boyfriend (James Baker) are persuaded by a showman (Bruce Alexander) to perform a rehearsed brother/sister fight act (in which she wins) rather than to fight a real bout.

The script is written in short sharp scenes and alternates between the four women whose ambition is to become the Lady Boxing Champion of the World.

The casting is good and production by Kirsty Patrick Ward is extremely efficient.

The Sweet Science of Bruising, which has had a long gestation period, deserves to have a much longer life than its month run at Southwark. The text could be the basis for a film.