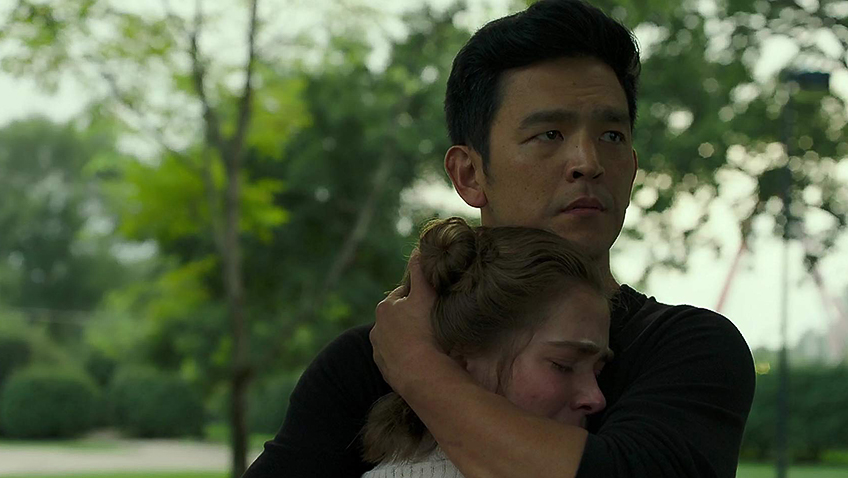 Winston Churchill said, ‘we shape our buildings, and afterwards our buildings shape us.’ That is what Korean/English translator Jin (John Cho) assumes when he moves into his father’s elegant hotel suite in Columbus, Indiana, while his father, a US based professor of architecture, is in a coma following a stroke. Jin has met local high school graduate Casey (Haley Lu Richardson), a library-worker and aspiring tour guide in this Midwestern town renowned for its modernist buildings. The buildings have shaped Casey and contribute to her intellectual awakening in this lyrical coming-of-age story.

Jin believes that the 46,850 inhabitants must love architecture. ‘Are you kidding?’ Casey replies, ‘they don’t give a shit’. But Casey, who is will soon be 20, does, and it is her obsession with architecture first unites her and 40-something Jin, despite his professed lack of interest in architecture. Our parents shape us, too, and the story looks at the conflicting relationships between the human and environmental ties that bind us, heel us and inspire us to become who we are.

Jin wants to be anywhere but at his estranged father’s bedside. He is only here out of respect for – and sexual attraction to – his father’s friend and colleague Eleanor (Parker Posey) who suggests that he try talking to his father. Bitterly, Jin retorts that his father never had time to talk. But Jin is aware that in Korea, if you do not observe the rituals for the dying and dead your soul wanders the earth like a ghost.

Casey, who has been a carer to her mother (Michelle Forbes) who turned to drugs after a sour relationship, cannot understand Jin’s detachment from his father. She did not know the professor, but had a ticket for a talk he was scheduled to deliver before his stroke. Though she opts for hanging out with her mother over affable library manager Gabe’s (Rory Culkin) invitations to dinner, there are signs that Casey is more restless that Gabe, who disparages his Masters in Library Sciences that Casey envies. The town that heeled her pain when her working-class mother became ill and her friends went off to university, has encouraged her to dream.

This side of Casey is first revealed during one of several warm and natural conversations she has with Gabe, who points out, ‘anyway, ‘you don’t want to be a librarian.’ Working in I.M. Pei’s beautiful Cleo Rogers Memorial Library with its monumental Henry Moore sculpture (the big arch) in front, he might be wrong. 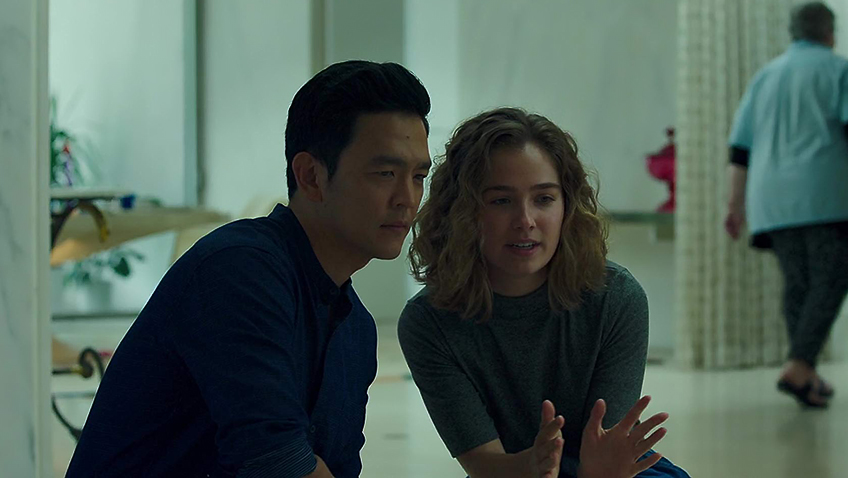 Casey boasts that she once met Deborah Berke (we see Berke’s 2006 drive-through Irwin Union Bank in the film) who encouraged her to sit in on her classes at Yale. Jin assumes she is going to do so, but the film is infused with class differences that you would hardly imagine in that stunning city. Casey lives with her mother, a factory worker by day and cleaner by night, in a small, modest apartment, but her understanding of architecture, and desire to study it, belies her roots. As she shows Jin around the gorgeous Miller House, she points out with enthusiasm the table by interior and textile designer Alexander Girard and has in her apartment little glass ornaments that mirror those in the Miller House. There is an awkward encounter with the maid of the hotel where Jin is staying, a woman who worked with Casey’s mother and another with a former student friend who extols the virtues of university life and insists she would rather be anywhere but in Columbus. Casey replies that she likes Columbus, but there is friction when the subject of a degree comes up.

What we are left to investigate on our own is how Columbus became what it is. Joseph Irwin Miller was an industrialist, patron of modern architecture, and lay leader in the Christian ecumenical movement and a campaigner for civil rights. This explains the then-shockingly modern house he commissioned and the abundance of the city’s architect-designed churches, although Jin observes that there is something paradoxical about religion and modernism. 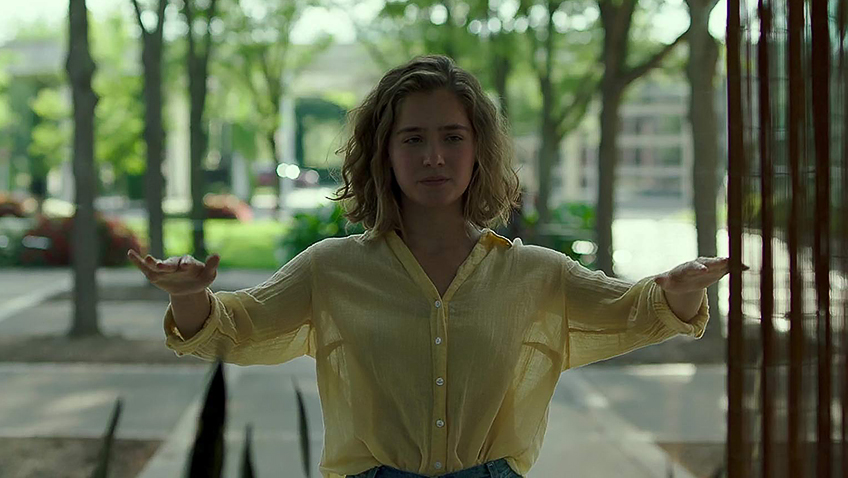 It was Eero Saarinen, (who designed the former American Embassy in Grosvenor Square and the St Louis Arch) who designed Miller’s house and the signature hexagonal North Christian Church with the tall, thin spire that we see in the film. It responds beautifully to the First Christian Church designed by Eero’s father, Eliel, whose glass cube windows and asymmetrical exterior and interior fascinate Casey.

Here was a productive and seemingly happy parent-child relationship that inspired both men to excel in their profession. Both shared the talents of Charles and Ray Eames, Eliel’s students and then the collaborators of both father and son.

Casey is taken by Eero’s bank, now the city’s conference centre. She points out to Jin its welcoming glass walls and open interiors that were in stark contrast with the traditional fortress-like institutional banks that lacked transparency. There is room, perhaps, for an outsider to challenge the elitist image of the architect, too.

If the architecture sometimes outshines the drama of the story without really tying it together, Kogonada’s Columbus

is a refreshingly original and intelligent film with terrific understated performances from characters who are real human beings who, like the buildings around them, are anything but stereotypical.