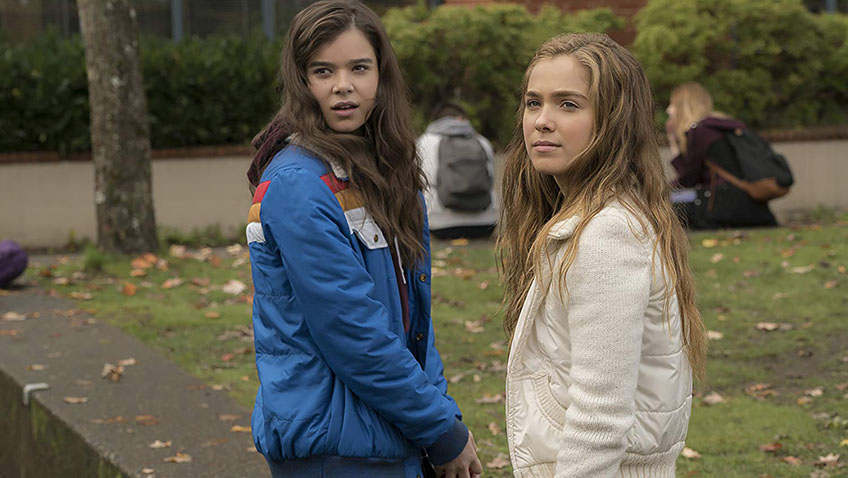 Just what the teen doctor ordered

has attracted rave reviews.  It is being praised for Haillee Steinfeld’s (True Grit) impressive performance as the troubled high school student Nadine, and for being an unapologetically authentic and perceptive portrait of what it is to be a teenager.  But is it really?  While bringing up issues of mental health, the death of a beloved father, depression and extreme narcissism, Fremon Craig is determined that the film be a comedy. That not only means funny lines, gags and situations, but a sudden resolution to a web of deep-seated woes. The film is, however, convincing: just as living in the same house with Nadine is a trial for her older brother Darian (Blake Jenner) so spending 99-minutes with her might try your patience.

Seventeen-year-old Nadine Franklin, though smart and pretty, is a misfit at school and has always been bullied.  At home her older brother, Darian (Jenner),  a popular, handsome jock and genuine nice guy, is a thorn in her side as she cannot live up to him.  Darian even finds time to take care of their neurotic mother (Kyra Sedgwick).  As Nadine narrates, ‘[Darian] had a million fans, including my mother.’  And that is enough to make Mum the enemy.

Nadine might be blaming her mother for her beloved father’s (Eric Keenleyside) heart attack when Nadine was 13, but we are mercifully spared the psychoanalysis.  It is what it is and mum is just another person Nadine resents.   In this case, it’s easy to see why as both are needy souls.   As a character, though, mum does not make much sense. She takes off for the weekend with some stranger she meets without warning her kids, but on other occasions smothers them, especially Darian, demanding that she knows where they are at all times.

Nadine also acts out with her teacher, Mr Bruner (a terrific turn from Woody Harrelson), barging into his room at lunch hour to deliver an unwarranted tirade about her intention of committing suicide that no one could possibly take seriously.  Cynical and aware that Nadine is hiding what she really wants from him, Mr Burner is not an obvious target for her theatrics. He sizes her up and plays along, catching her at her own game with his sharp comebacks. 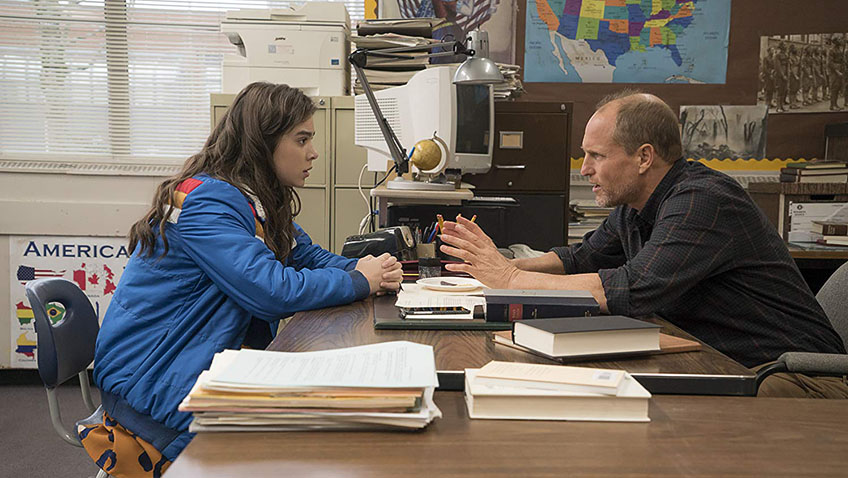 Woody Harrelson and Hailee Steinfeld in The Edge of Seventeen

Left alone when their mother goes off for that impromptu weekend mentioned, Darian has a party while, separately, Nadine invites her one and only friend Krista (Haley Lu Richardson) to spend the night.  When, the following morning Nadine finds Darian and Krista in bed, she declares war on both of them and goes off the rails. 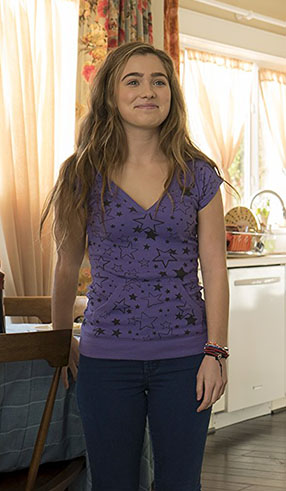 Haley Lu Richardson in The Edge of Seventeen

Now Nadine has an excuse to become a real victim.  No doubt driven by jealousy of Krista she decides to ask out Nick (Alexander Calvert), a handsome, cool young man with a part-time job who has never shown Nadine much interest.  She sends him a sexually explicit text message which only a very, disturbed young woman would write let alone send (is it a slip of the finger?) to a boy she is hoping to date.  There is only one way a 17-year-old heterosexual boy can interpret her text, but Nadine doesn’t see it that way and the date she was so looking forward to turns very sour.

The film’s secret weapon, and not a very subtle one, is Korean-American Erwin (Hayden Szeto) as reserved and polite as Nadine is loud and crude.  If Nadine hides her shyness beneath a false aggressive shell, not so Erwin who is afraid to actually say what he is feeling for fear of rejection.  Only Nadine does not see that the two are made for one another.  We do not wonder why Nadine is wasting her time chasing after Nick with Erwin available, because because we know that that is what mixed-up teenagers do.

Suffice it to say, though, that after putting Nadine, and the audience, through the wringer, Fremon Craig makes it easy for her protagonist to see the light.  Erwin is, it has to be said, rather handsome in his own way. He is also brilliant and studious – but also fun and immensely creative, having made, in his spare time, a romantic animated film.  And, here it is, folks: last, but not least, Erwin is filthy rich.

Just what the teen doctor ordered.