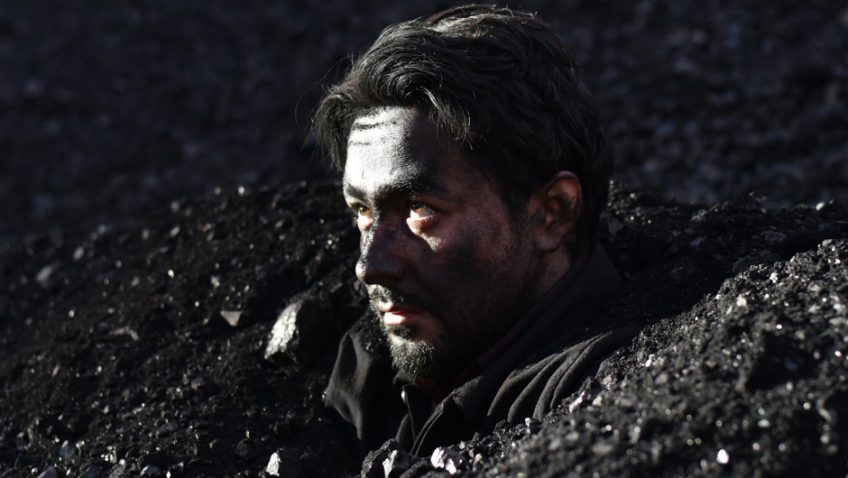 If not Kaurismäki’s best, it’s a heart-felt, engrossing take on refugee relations

When most people think of Finland, they think of picturesque fjords, a sparsely populated wilderness, a high standard of living and a harmonious, ethnically homogenous population – and they are not wrong. When cinephiles think of Finland, they think of 60-year-old Aki Olavi Kaurismäki who has been making modestly budgeted, award-winning films there for the past 34 years. And for most of those (the exception being his breakthrough Leningrad Cowboys Go America), he has focused on the down and out of Helsinki, where one fifth of the country’s population live in an increasingly polarised society.

In The Other Side of Hope

Kaurismäki explores the refugee crisis through the eyes and reactions of a refugee and various city dwellers and institutions. It goes without saying that this exploration is filtered through the filmmaker’s unique sensibility and minimalist style. This is a lovely, touching film, enhanced with Kaurismäki’s inimitable blend of dead-pan humour, empathy, quirky, appealing characters, but it feels recycled and a tad tired.

Tourists in Helsinki will be impressed by the clean streets, functional transport, glorious train station, and impressive mix of gleaming modernist and arts and crafts buildings. But that’s not the side of Helsinki that Khaled Ali (Sherwan Haji) sees, or, for that matter, Wikström (Sakari Kuosmanen).

A man in his twenties, black with soot, descends from the cargo hold of a coal freighter where he has been a stowaway on the penultimate leg of a long, arduous, dangerous and expensive journey from Syria. His name is Khaled and above all else, he wants to be reunited with his bright, younger sister. They became separated, but he believes she is the only surviving member of his family.

At the same time as Khaled arrives in Helsinki hoping to gain asylum, a travelling salesman of about 60 named Wikström is packing a bag in a working-class suburb. He approaches a chain-smoking woman in curlers, removes his wedding ring, puts it on the table and walks out.

As we follow Khaled to the public showers and the police station where he applies for asylum and is shown to a cell-like room, we follow Wikström, who is not only leaving his alcoholic wife, but trying to off-load his inventory of shirts to close out his business. One potential buyer tells him that she cannot take all the merchandise, even at half price because times are bad. Over coffee she tells him that if she could, she would move to Mexico City. Khaled fled persecution in Aleppo and seeks a better life in Finland. This Finnish small business owner dreams of fleeing Finland.

Wikström, however, is going no further than a poker game where he hopes to turn the cash he earned from selling his inventory into a new future. He has decided to buy a failing restaurant, the Golden Pint. If Wikström looks like the accountant in a 1950’s gangster movie, the restaurant looks like it hasn’t had a facelift since then. It serves the sedate customers who dribble in tinned food in dreary surroundings.

Sakari Kuosmanen, Simon Al-Bazoon and Sherwan Haji in The Other Side of Hope

The last owner left without paying the remaining staff of three, and expect to be sacked. Instead, Wikström gives them advances and also proves to be open to ideas for improving business. Wikström soon comes to rely on Melartin (Tommi Korpela), an intense looking man straight out of the 1970s with long hair and a goatee, who stands against the wall with a cigarette fixed to his closed lips as though half dead. But Melartin is nothing if not resourceful – and loyal.

Meanwhile, at the immigration centre Khaled tells his convincing and harrowing story. We have no doubt that his claim will be accepted as it’s clear he will be killed if he returns. When that he learns that he will be deported, he escapes the detention centre with help from staff inside. Outside, he is beat up by thugs, but also crosses paths with a group of guitar-playing musicians who appear throughout the film.

Eventually, and rather predictably, Khaled meets Wikström who gives him a job, hides him in a storage room off the restaurant, and saddles him with a cute dog inherited by the restaurant. Khaled, a mechanic by trade, becomes the cleaner, and Wikström – using Melartin’s contacts – helps him obtain a fake ID card.

At times the dead-pan humour and quirkiness sit uneasily with Khaled’s harrowing story in a way that it not in Le Havre, Kaurismäki’s last film from 2011. Set in another port city, Le Havre, a shoe shine man discovers and hides a young illegal immigrant from Africa, who is being pursued by a typical French police inspector (the popular French actor Jean-Pierre Darroussin). In Le Havre, Kaurismäki’s style enhances the emotion in the heart-warming relationship between the two outcasts.

If the immigration scene is familiar from Le Havre, the restaurant business (which lends the film several humorous scenes, as the Golden Pint transforms into a sushi bar one week and a curry joint the next) is also familiar. The first in his Finland trilogy, the beautiful love story, Drifting Clouds, follows a couple as they struggle to find and retain employment and turn to drink, before opening a restaurant that eventually turns a profit. Elements of the second in the trilogy, The Man without a Past also find their way into this film. In that film, a man who arrives in Helsinki by train is mugged while sleeping in a park and loses everything, including his memory. Like Khaled, he is forced to start again with nothing, but with the help of the Salvation army and the poor around him, he forges a new life.

Every great filmmaker has his or her style and subject matters that he is intent on exploring, often over and again. But the recycling in The Other Side of Hope

is conspicuous as it has never really been before. The blunt exploration of the heartless immigration system feels simplistic and the relationship between Wikström and Khaled is, if not contrived, a tad underwritten. While the film remains enjoyable it could have exerted a more subtle power.