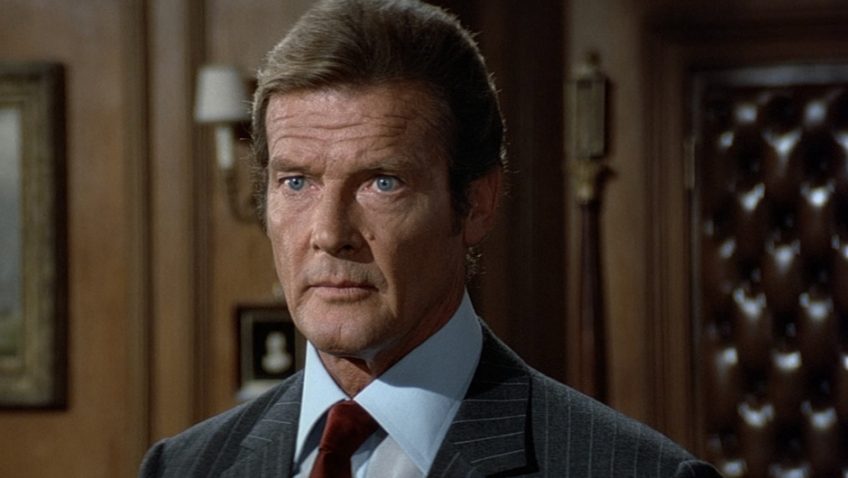 Roger Moore died on Tuesday at his home in Switzerland. Although he was 89, no one can quite believe it. After all, nearly half the population of the UK (and many other countries) grew up watching Simon Templar and James Bond, if not Lord Brett Sinclair, and all of his characters remain in our minds as suave, witty, debonair and if not young, certainly not old. Although born in a working-class family, Roger Moore was a class act on the screen, and not just in the Persuaders where he played a Harrow-educated, sophisticated nobleman as though born into the role. The tributes that have poured in since his death from cancer support the consensus that Roger Moore was a true gentleman. He was also described as good natured, self-deprecating (‘I enjoy being a highly overpaid actor’) generous, thoughtful, fun-loving and an all around nice guy. If three of his four wives might not agree, at least, late in life, he was happily married for 15 years. And no one can criticise his charity work that dominated the last decades of his life.

When I met Roger Moore, very briefly, at the Cannes Film Festival in the mid-1970s, I was working for Les Artistes Associés, (the Paris office of United Artists). United Artists distributed the Bond Films for many years until its sad demise. But as this was my first full-time job, I was a bit green.

That might explain why Moore’s reputation for being a real gentleman had not preceded him. I had seen most of the Bond films, but knew nothing about this actor. In fact, that year, I was not in Cannes in an official capacity and was camping out on the floor of the Press Attaché’s room in the Majestic Hotel. I remember the room service waiter raising his eyebrows at her large appetite at breakfast and need for two coffee cups.

But since I was there and was a native English speaker, I was sent up to Mr Moore’s (as he was to us) hotel suite – it might have been the Carlton – as a liaison for the imminent press interviews. When I knocked on the door and introduced myself, I was greeted by such an imposing figure that I froze. He immediately put me at ease with a friendly smile and asked me if I wanted a drink.

Since I am not much of a drinker, I certainly did not want a vodka martini, shaken or stirred, but felt that in the presence of James Bond I really did need to order something stronger than a coke. I must have mumbled a Bloody Mary for, to my astonishment, Mr. Moore went to the mini bar, mixed a few things together and presented me with a good looking Bloody Mary. For some reason, however, it did not taste like it looked and I discreetly placed the drink on the table.

Mr. Moore noticed that something was wrong and he insisted on making me another. The next thing I knew he was bending down and searching in vain through the mini-bar for another bottle of tomato juice. I was so mortified at that point that I tried to change the subject and focus on the press interviews.

But Mr. Moore would not hear of it. ‘Let’s go down to the bar,’ he suggested as though determined to illustrate the title of his autobiography, My Word is My Bond. And before I could protest, we were walking downstairs to the lobby. So while the press gawked, I was escorted to the bar by James Bond. He then invited the press to join us and, if I recall correctly, the interviews later continued in his suite just a little behind schedule.