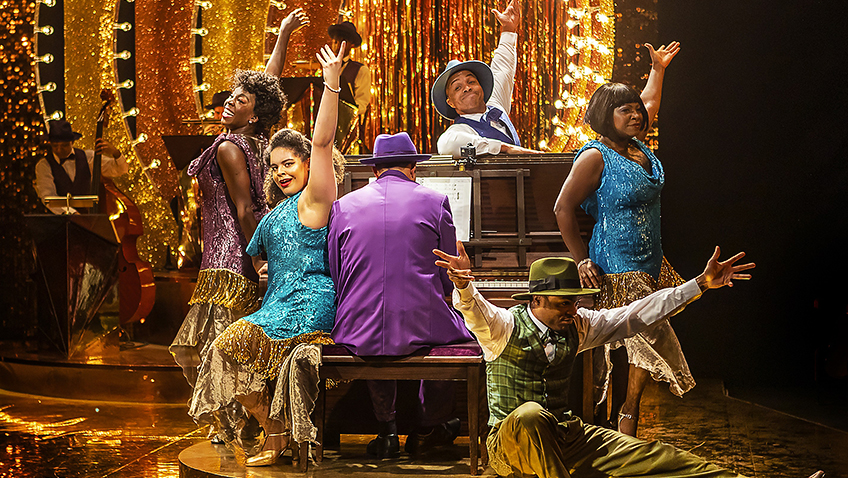 The joint is jumpin’

Ain’t Misbehavin’, the Fats Waller musical based on an idea by Murray Horwitz and Richard Maltby Jr, is an anthology of the songs Waller wrote and/or recorded; but it is not a musical biography.

He, experimenting with bluesy sophisticated styles, wrote 400 copyright songs and many more without copyright. He made 500 records. He was also famous for his outrageous asides.

Thomas Wright Fats Waller (1904-1943), the great jazz pianist and entertainer, was five foot ten and weighed nearly 300 pounds, hence his nickname. His weight combined with over-eating and over-drinking resulted in an early death.

Ain’t Misbehavin, which premiered in 1978, started out as cabaret but went on to be a highly successful Broadway musical, winning a Tony award for best musical.

The show recreates and celebrates the Harlem Renaissance in 1920s, a time when enthusiasm for black music coincided with segregation. The most famous hot spots were Cotton Club and Savoy Ballroom.

The present revival is a co-production between Mercury Theatre Colchester and Tamasha Theatre Company. The production is notable for its individual and collective energy.

The director is Tyrone Huntley. The choreographer is Oti Mabuse. The sparkling design is by Takis.

It would be difficult not to enjoy this lively show.

The songs, urbane, rowdy, raunchy, witty, are played by four musicians and performed by five singers/dancers with great exuberance.

There are over 30 songs and they include Ain’t Misbehavin’, Lookin’ Good and Feelin’ Bad, Honeysuckle Rose, the Joint is Jumpin’, The Viper’s Drag, Your Feet’s Too Big, Keepin’ Out of Mischief Now, I Can’t Give You Anything But Love.

The ribald songs reflect the racial and sexual stereotypes of the 1920s era.

The most striking and uncomfortable moment (and it is meant to be) is when the five actors sing, “What did I do to be so black and blue? I feel white inside but what’s the good cause I can’t hide what is on my face.”