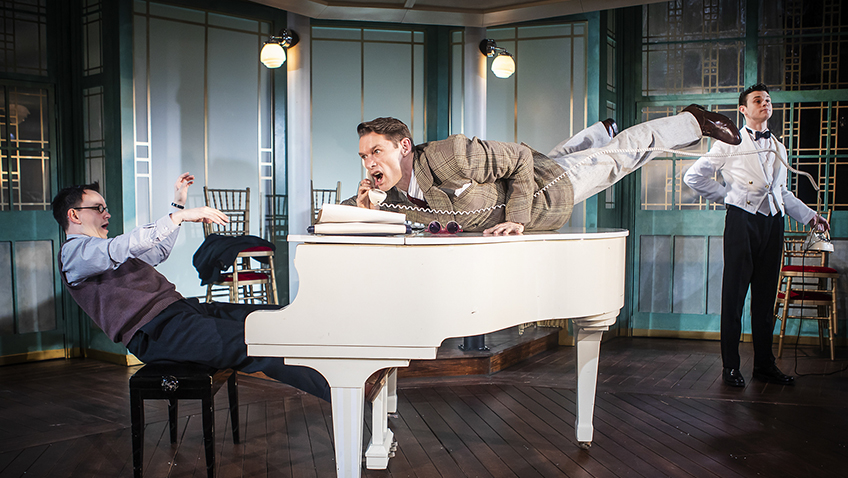 Rough Crossing has insufficient charismatic sparkle to properly draw us in

A comic play by great playwright Tom Stoppard, incorporating a couple of songs by his good friend, the late, great Andre Previn, sounds full of scintillating promise. Yet even with all the words and all the notes in the right order, the characters and the thin, tedious storyline during this Rough Crossing have insufficient specialness or charismatic sparkle to properly draw us in and gain momentum.

Written in 1984, this silly story of romantic complications, personal problems and writing dilemmas of a small group of actors and writers who are closely confined aboard an attractive 1930’s art-deco cruise liner, the SS Italian Castle, as it heads for New York is based on a play by Ferenc Molnar (for some reason). Once or twice Stoppard’s customary clever wit and wordplay come to the fore but, largely, the hurried gabbling and unclear diction of longer speeches don’t give time for full appreciation of the words, which isn’t a good thing in a play where verbal comedy is one of the prime factors. Lacking (possibly unwisely) the over-exaggerated slapstick, hammy loudness and overblown melodrama of an all-out farce or even a spoof farce, what’s on offer comes over as somewhat laboured, unmemorable and pointless, and that applies, too, to the cramped little song and dance segments. “If I’d been able to stay awake, I might have left earlier,” someone said, “Mind you, the nap was the most enjoyable part of the evening.” That’s extreme, perhaps, but not entirely without cause.

The performances of the six main players are not totally without merit, though, and Charlie Stemp as steward Dvornichek aka Murphy is especially full of fresh-faced enthusiasm and lively, exaggerated sway (which should enliven the weary-eyed, even if only by annoying some of them.) A smattering of faithful titterers ride the waves of running, swaying, Cognac-downing jokes – jokes that were less hackneyed, though still not new, three and a half decades ago – but many remain distinctly underwhelmed by this Rough Crossing (or is it Audience Overboard – Man the Lifeboats?) Maybe the piece would work more powerfully as a skillfully overblown, carefully crafted, hammed up, all-out farce with larger than life characters. Might be worth a try! 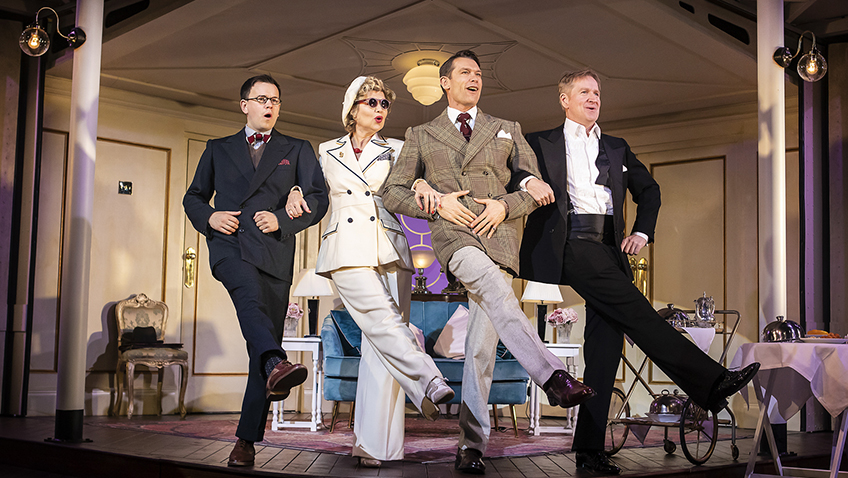