Home / LIFESTYLE / REVIEWS > / THEATRE REVIEWS / When a patient’s life is at risk, who decides what’s best for the patient? 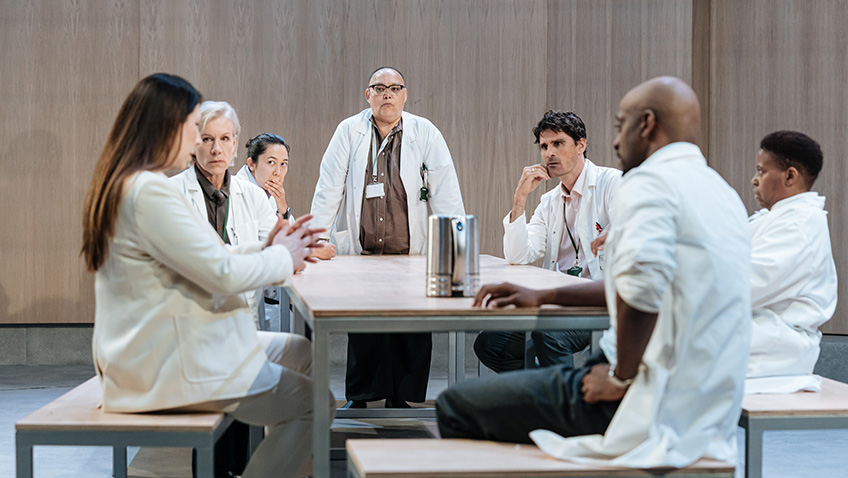 When a patient’s life is at risk, who decides what’s best for the patient?

Arthur Schnitzler (1862-1931), the Viennese dramatist, short story writer and novelist, is best known for La Ronde, which created such a scandal that Schnitzler banned further productions in his lifetime. It is best known today through Max Ophuls’ 1950 all-star French film.

Schnitzler’s other well-known play, Professor Bernhardi, was also banned in Austria. It explores the politics and ethics of medical care, anti-Semitism and Austrian-Jewish identity. It had its premiere in Berlin in 1912. 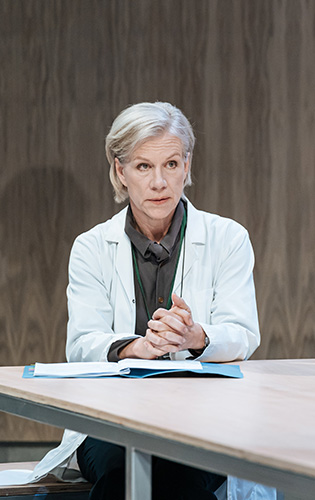 Juliet Stevenson in The Doctor

A Jewish doctor, Jewish culturally but not religiously, prevents a Roman Catholic priest from giving the last rites to a 14-year-old girl who is unaware that she is dying, following a self-administered and botched abortion.

The doctor, an atheist, fears the priest’s presence will be upsetting and the girl will have an unpleasant death.

Schnitzler was a Jew and a qualified doctor.

Robert Icke, who has directed highly successful updates of Hamlet, Mary Stuart, The Oresteia and The Wild Duck, takes his leave of the Almeida with The Doctor, his very free adaptation of Professor Bernhardi, which he also directs.

The setting is no longer Vienna 1900, but the present and the professor is no longer a man but a woman. Juliet Stevenson gives a powerful performance.

Nobody likes the abrasive professor but everybody admires her. She is a great doctor. She refuses to apologise for her behaviour, saying she acted in the best interest of the patient. There is a public outcry and the institution she founded is in jeopardy and liable to lose the grant it so badly needs.

She is attacked on all sides, from the members of her own team, the board of governors, the parents of the girl, the media, various biased political organisations, including a post-colonial activist and a Jewish historian.

The Doctor is not so much a play as a discussion and will appeal to audiences who enjoy a good debate.