Home / LIFESTYLE / REVIEWS > / DVD REVIEWS / How far would you go to protect your children? 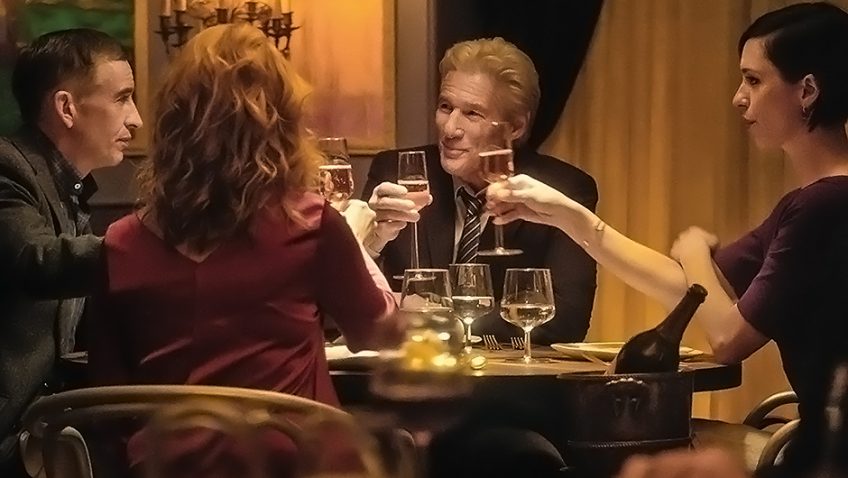 How far would you go to protect your children?

The Dinner (Vertigo). Two couples (Steve Coogan and Laura Linney; Richard Gere and Rebecca Hall) get together and over dinner in a swanky restaurant, an unlikely venue, discuss what to do about their respective sons who have set light to a homeless person and taken pictures of their murder. Should they hand them over to the police or cover up for them? The script is over-written and lacks focus. There are too many flashbacks. Even the Battle of Gettysburg (1-3 July 1863) gets dragged in. The Coogan dad has mental problems. The Gere dad is seeking high office. Oren Moverman directs. The only joke is the absurdly over-the-top menu offered by the restaurant.

Stronger (Lionsgate) is a true story. Jake Gyllenhaal plays Jeff Bauman, who lost both his legs in the bombing of the Boston marathon in 2013 in which he was a spectator. Rehabilitation was not easy. The film traces how he coped and didn’t cope with all the public attention when he became a media inspirational symbol and was expected to appear at functions. It also takes a look at his on/off relationship with his girl friend (Tatiana Maslany). Their most dramatic scene is when she walks away and leaves him to crawl along the street. Miranda Richardson does a lot of overacting as his mum.

Human Flow (Altitude) There is nothing like watching this documentary to make you appreciate that we have very little to complain about. Chinese director Ai Weiwei visits 40 refugee camps in 23 countries. The situation is desperate. 65 million people are displaced. Borders are closed and refugees are stranded. The magnitude of the trauma, the injustice and the inhumanity is appalling. Weiwei does not preach. He does not offer any solutions. Things will only get worse. The message is clear: we all are human beings and people of different cultures and religions will have to learn to live together.

Score: A Film Music Documentary (Network). Do you know who wrote the music for King Kong, the music for the shower scene in Psycho and the music for the James Bond films? Movies have always needed music ever since the silent days. And one thing is pretty certain and that is if you are crying in the cinema it is because of the music. Matt Schrader’s documentary contains interviews with lots of top Hollywood film composers but doesn’t go into the depth a real film buff would want. The concentration is on blockbusters. James Cameron pays tribute to James Horner who wrote music for Titantic. Everybody is in awe of John Williams and not surprisingly since he wrote the scores for Star Wars, Jaws, Superman, ET, Indiana Jones and Harry Potter.