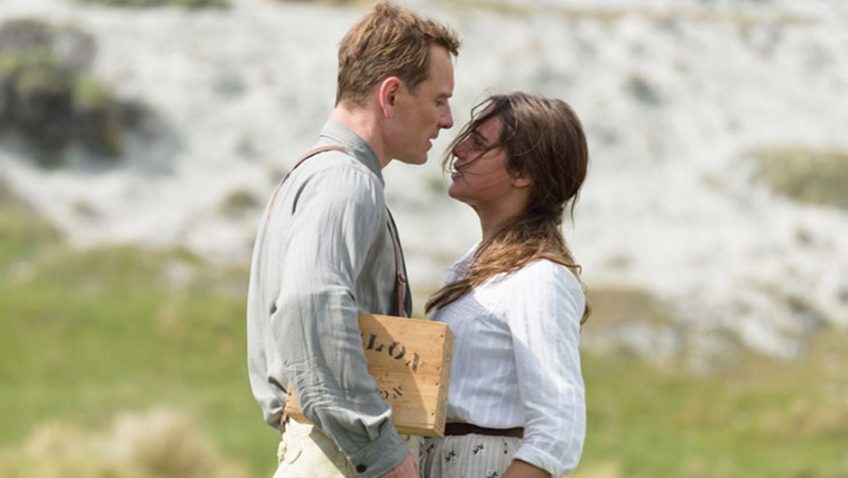 THE LIGHT BETWEEN OCEANS (Entertainment One). A World War 1 veteran (Michael Fassbender), suffering from post-traumatic stress disorder and feeling guilty for surviving the war when so many had died, takes on the job of lighthouse keeper and marries. His wife (Alicia Vikander) has two miscarriages. A dead man and a live baby girl are washed ashore. He is adamant: “She doesn’t belong to us. We can’t keep her. We have to do what is right.”  Against his better judgement and to appease his wife, they keep her and bring her up as their child. Her biological mother (Rachel Weisz) is discovered four years later. Which of the two desperate women should have the girl now? The moral dilemma is heartbreaking. Derek Cianfrance directs.

NOCTURNAL ANIMALS (Focus). A woman (Amy Adams) unhappily married, receives a novel from her first husband (Jake Gyllenhaal) which he has written and dedicated to her. He has never forgiven her for walking out on him. As she reads she visualizes the characters in the story as him, her and her daughter. The story opens with a brutal and nerve-wracking sequence (the high spot of the film) when a family driving by night are attacked by three Texan rednecks who kidnap the man’s wife and daughter and rape and murder them. The two quite separate stories never gel sufficiently to be the successful psychological thriller director Tom Ford intends it to be. Laura Linney has only one scene and relishes it.

TWO RODE TOGETHER (Eureka). John Ford directed this 1961 Western despite having a poor opinion of a script, which was about ingrained racism.  A corrupt sheriff (James Stewart) is hired by the Cavalry (Richard Widmark) to negotiate for the release of children stolen many years ago by the Comanche. Widmark is straight, decent and bland. Stewart is meant to be cynical, mercenary and opportunistic. The two actors should have swapped roles. Stewart, miscast, is at his most convincing scene when he gives a brutal description what a white child raised to be an Indian warrior during the last ten years would be like now.