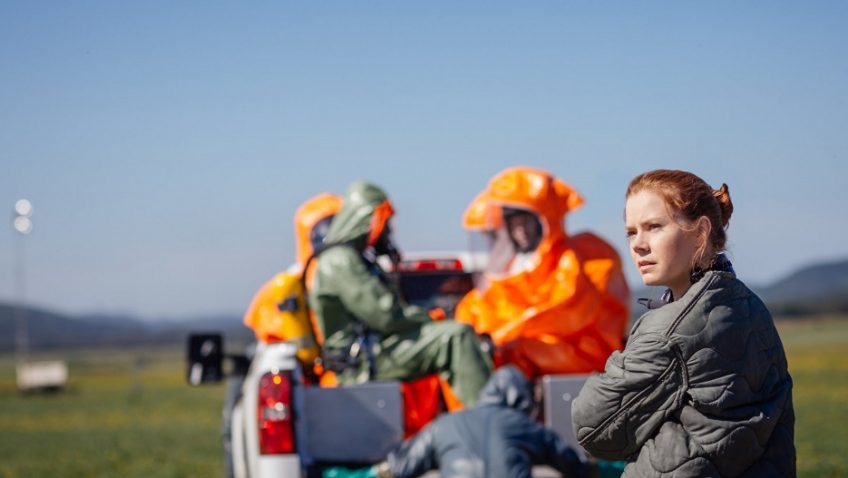 ARRIVAL (20th Century Fox) is an intellectual and obscure science fiction film directed by Dennis Villeneuve. Aliens hover above the land in an oval shaped stone. The image looks like a Rene Magritte painting. The aliens are giant squid-like creatures with seven legs. What is their purpose? Are they scientists or tourists? Could they be warmongers? A linguist (Amy Adams) is brought in to decode their inky hieroglyphics. The aliens know what is going to happen 3,000 years hence. She, too, has visions of a future which is already decided and cannot be changed. Would you have a baby knowing the baby was going to die young?

TWO FILMS BY LINO BROCKA (BFI). Lino Brocka (1939-1999) is generally considered the greatest Filipino film director. He died in a car crash. He was only 52. His films deserve to be better known to Western audiences.

MANILA IN THE CLAWS OF LIGHT (1975).  A naive young provincial (Bembol Roco) comes to the over-populated city to find the girl he loves (Hilda Koronel) and discovers she has been sold into prostitution.

The film, which is harshly critical of urban poverty and corruption in the building industry, is an invaluable historical record of Filipino life and the exploitation of the poor in the 1970’s. And what gives it its realism is the documentary authenticity of the locations and the people in them.

Brocka had a strong social conscience and his vivid depiction of the slums and the brothels made him very unpopular with the Marcos dictatorship.

INSIANG (1976) is strong melodrama and again it is the slum setting which gives it its authenticity. The film begins in a pig factory to the sound of the pigs being slaughtered, a  symbolic cry of a nation suffering.  Insiang (Hilda Koronel), a teenager, is raped by the young bully-boy lover (Rhel Vernal) of her mother (Mona Lisa, impressive). She is then deserted by her own spineless boyfriend. She takes her revenge.