Home / LIFESTYLE / REVIEWS > / DVD REVIEWS / How the West was won (more or less). The Coen brothers have six tales to tell 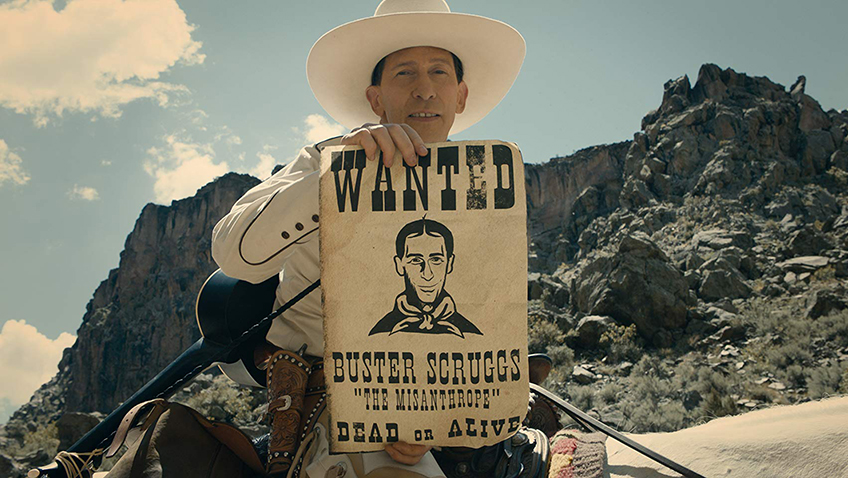 How the West was won (more or less). The Coen brothers have six tales to tell

The Ballad of Buster Scruggs (Netflix). Joel Coen and Ethan Coen’s comic-tragic portmanteau contains six short Wild West stories whose common thread is mortality. The characters include a singing cowboy (Tim Blake Nelson), who is the fastest gun; a bank robber (James Franco) who is hanged twice; a limbless thespian (Harry Melling) and his crooked manager (Liam Neeson); a gold prospector (Tom Waits); a young woman (Zoe Kazan) facing love and danger on a wagon trail; and a stagecoach full of people on their way to purgatory. The folk tales, with their unexpectedly cruel twists, pay a classy homage to the Western genre and caricature its brutality.

Dogman (Curzon Artificial Eye) is a major Italian film directed by Matteo Garrone and set in a desolate seaside resort. A meek man (Marcello Fonte, excellent) supplements his income as a vet by supplying cocaine to the local community. He befriends a brutal and mentally disabled ex-boxer (Edoardo Pesce, truly scary), who is liable to beat everybody up. He naively thinks he can tame him in the same way he tames snarling dogs. He is constantly humiliated. Why does he go to prison for a crime the police knows he was forced into? The friendship is never explained. The drama moves in its final stages from neo-realism to horror. Fonte, a non-professional in his film debut, won the Best Actor Award at Cannes Film Festival. I suspect he will make more films.

Black Panther (Walt Disney) is a Marvel Comic with a political and cultural agenda to prove that a black superhero can be a blockbusting money-maker and to give a chance to people of every colour to see a black hero. The cast, headed by Chadwick Boseman and Michael B. Jordan, is predominantly black. “I wanted,” says Ryan Cooglar, “to make a film that explains what it is like to be African, one that would have fuelled my eight-year-old self with a sense of pride.” The film, an epic African mythology about the effects of slavery and colonisation, is, with its visual splendour (costumes, hairstyles and body paint), a love letter to black identity and black empowerment. As the only whites, Andy Serkis is amusing but Martin Freeman is seriously miscast.

You Were Never Really Here (StudioCanal). Lynne Ramsay’s psychological drama, based on a short story by Jonathan Ames, is so fractured and fragmented and so drug-fuelled that it is not easy to follow. The ending is quite extraordinary. The film is a showcase for Joaquin Phoenix’s portrait of a heavily bearded killer, who was traumatised as a child and who can always be relied on for his brutality. A politician employs him to rescue his teenage daughter who has been forced into prostitution. The violence (the battering of people to death with a hammer) takes place off-screen.

The Little Stranger (Pathe). This country house mystery, set in the 1940s, is a psychological thriller. The house is cursed and haunted. A common village boy (whose mother worked in the house) grows up to be a doctor and wants to marry into the upper- class family who owns it. Their social unease and disillusion is contagious. The servants’ bells in the kitchen are ringing but nobody is ringing them. What’s going on? Something supernatural and evil is going on. A child died young. There is conflagration, madness and death. The film, directed by Lenny Abrahamson, is a slow-burner; so slow it never lights up and remains elusive to the very end. The cast is headed by Domhnall Gleeson, Ruth Wilson and Charlotte Rampling.