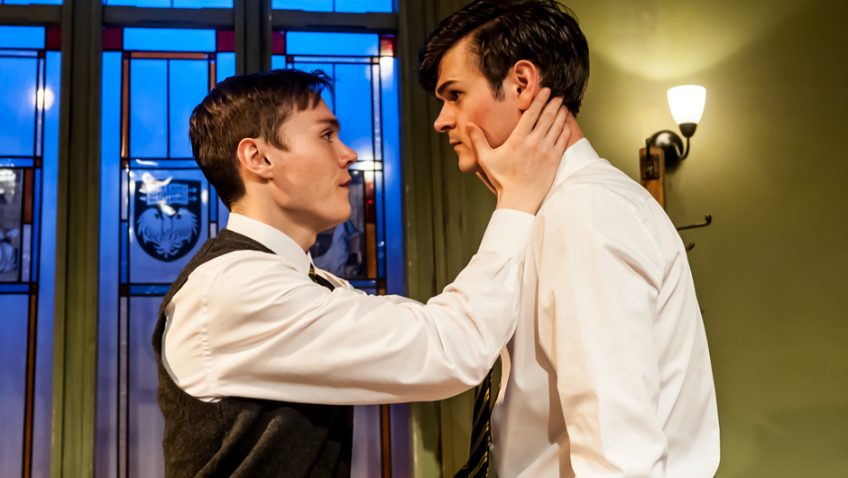 Boys will be boys in segregated public schools

As part of the 50th anniversary of the Sex Offences Act of 1967, which decriminalised homosexuality in the UK, the Finborough is reviving a play by Roger Gellert (1927-2013)

Quaint Honour, his only play, has not been seen since 1958 when it was staged at the Arts Theatre Club to avoid the Lord Chamberlain’s censorship. The cast was headed by the talented young John Charlesworth, who committed suicide two years later aged 24. 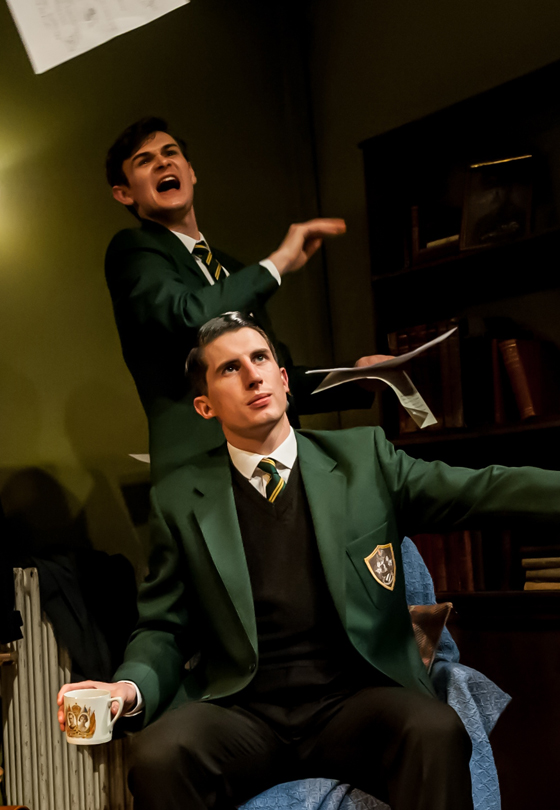 Gellert writing in 1958 about homosexuality in British public schools was far more honest than the American playwright Robert Anderson had been the previous year in the London premiere of Tea and Sympathy, a play about an eighteen-year-old schoolboy who had been caught swimming in the nude with a master who was suspected of being gay and everybody thinking the worst when nothing had happened

The Lord Chamberlain need hardly have bothered to ban it. Anderson had studiously avoiding saying anything that might possibly offend the public.

Gellert, on the other hand, did not funk the issue. He admitted physical relationships did go on between boys and made a drama out one such relationship.

Quaint Honour opens with the housemaster giving an excruciatingly embarrassing little chat about the facts of life to two fifteen-year-old boys, Turner and Hamilton, the former knowing the latter amazingly innocent. It’s the sort of chat Alan Bennett so amusingly parodied in Forty Years On.

Turner (Jacques Miche) is keen to find out what would happen if Hamilton (Jack Archer) were initiated and eggs on Tully (Harley Viveash, a promising actor), a 17-year-old prefect, to seduce him.

The over-zealous, up-tight head prefect (Oliver Gully) catches Hamilton coming out of Tully’s room in the early hours of the morning and reports the boys to the headmaster. Hamilton proves to be far more mature than the lively, Byronic Tully, an ace-seducer.

The most interesting scene is when Tully justifies his conduct to the initially sympathetic housemaster (Simon Butteriss) who doesn’t mind the boys being affectionate, but draws the line on physical contact.

The strength of the play is its unsentimentality. Its weakness is that the script can be turgid.