Home / LIFESTYLE / REVIEWS > / THEATRE REVIEWS / Pinter Two at the Pinter: The Lover and the Collection 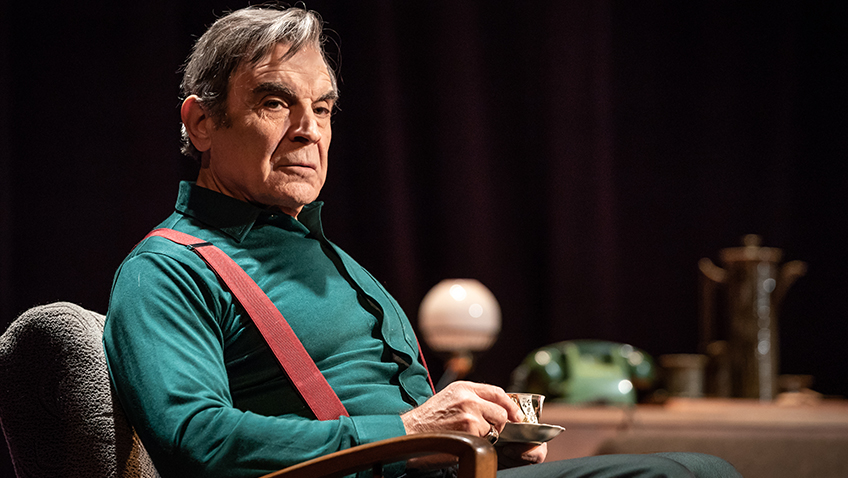 Pinter Two at the Pinter: The Lover and the Collection

Jamie Lloyd’s Pinter at the Pinter season of 20 one-act plays by Harold Pinter continues with two plays by Pinter which began on television and both are directed by Lloyd.

It was a relief after the totalitarian horrors of Pinter One to get to the comedy of Pinter Two.

This social comedy, which recalls Ferenc Molnar’s The Guardsman and was originally performed in 1963, is acted in the pink and in a vocally exaggerated and totally artificial manner. The opening line gets the play off to a good start. A husband, departing for work, asks his wife amiably: “Is your lover coming today?” She replies he is. 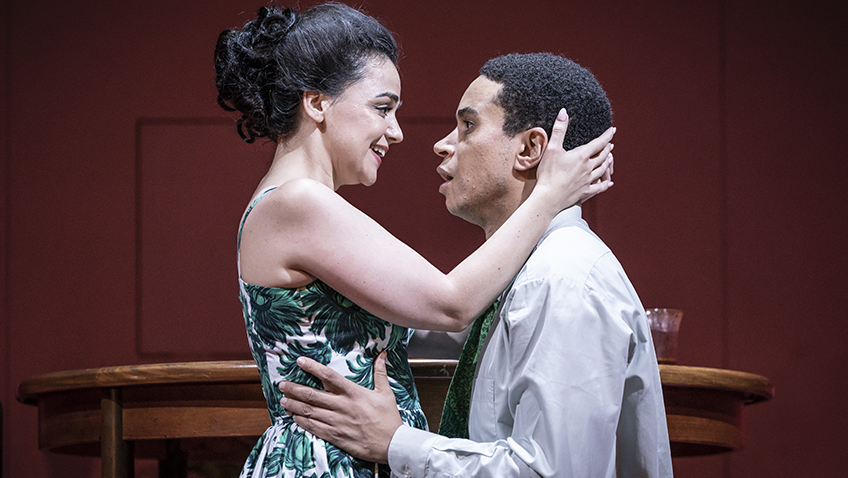 She enjoys getting into stiletto heels and crawling all over the floor and having sex under the dining table. But then, to her consternation, he suddenly decides that doesn’t want to play games anymore.

This puzzling and elusive play was originally performed on television in 1961. It was then produced by the RSC at The Aldwych in 1962. There was a major revival on television in 1976 with Laurence Olivier, Alan Bates, Helen Mirren and Andy McDowell. 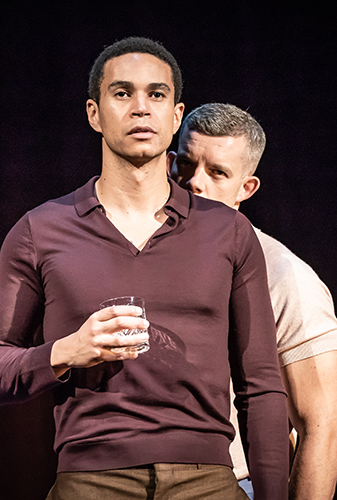 Television is its proper place where you can have more easily, as Pinter wanted, three separate areas rather than here when it is all played out in the same set to a film nourish score.

There are two marriages on the rocks: a heterosexual marriage (Stella and James) and a homosexual marriage (Harry and Bill). James accuses Bill of sleeping with his wife in a hotel in Leeds. Bill denies he slept with Stella, then admits he did. Stella admits she slept with Bill to her husband, but she denies she did to Harry.

Audiences are left to come to their own conclusions. The most likely possibility is that nothing happened at all. Bill just enjoys humiliating Harry and tantalising James. Bill (Russell Tovey), when he is on his knees at the feet of James (John Macmillan), is blatantly clear what he would like to be doing at that moment.

David Suchet is very funny, too, as the prissy grumpy old queen who has one of Pinter’s finest speeches, a superb harangue, in which he accuses Bill of being “a filthy putrid slum slug.”’

Pinter Two (The Lover and The Collection) alternates with Pinter One (the political plays) until 20 October.