Home / LIFESTYLE / REVIEWS > / THEATRE REVIEWS / Pinter at the Pinter: a season of 20 one-act plays by Harold Pinter begins with his political plays 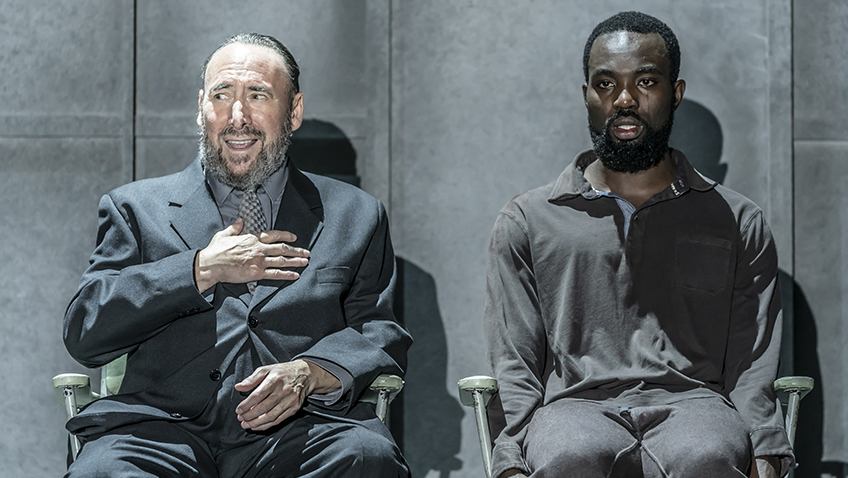 Pinter at the Pinter: a season of 20 one-act plays by Harold Pinter begins with his political plays

The Jamie Lloyd Company is presenting a season of twenty one-act plays by Harold Pinter on the tenth anniversary of his death. The plays are being presented in repertoire in seven separate programmes.

Pinter One includes four of Pinter’s political plays plus four sketches and two poems, all directed by Lloyd. The plays are about the suppression of ideas, speech, thought, and even language.

One for the Road (1984), a short and brutal play about power, written in rage, was inspired by torture in Turkey in the early 1980’s. A brutal dictator is persecuting intellectual dissidents. An interrogator intimidates and humiliates three members of a family. He doesn’t seek either information or confession; he enjoys psychological and physical torture for its own sake. 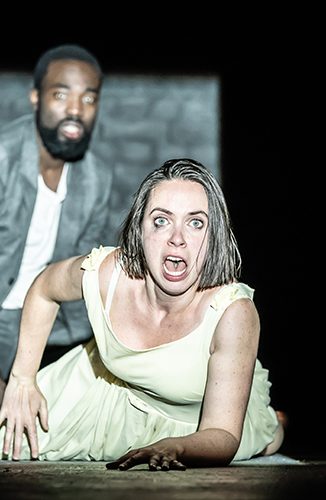 Paapa Essiedu and Kate O’Flynn in Pinter One

The interrogator (Antony Sher, excellent) sees himself as an Old Testament God whose business it is to keep the world clean. “Do you love death? I love death. Sexual intercourse is nothing compared to it… I hate despair. Despair is a cancer. It should be castrated. Chop the balls off and despair goes out of the window.”

The other plays, a mixed bag, are not in the same league.

The New World Order (1991) has a naked man, sitting on a chair, gagged and bound. Two thugs discuss what they are going to do to him.

Mountain Language (1998) is a political statement in four very short, sharp scenes of brutality and was inspired by the Turkish suppression of the Kurdish language; but the action could be taking place anywhere in the world. “Your language is forbidden. It is dead. No one is allowed to speak your language. Your language no longer exists.”

Neither Pinter, nor the director Lia Williams, nor the actors, manage to get the play fully into focus and make it more accessible.

The glib revue sketches include Press Conference, an address by the former Head of the Secret Police (Jonjo O’Neil) now the Minister of Culture and The Press and an Officer, which has the President of the USA ordering the nuking of London, an opportunity for Jon Culshaw to caricature Donald Trump.

The fine poem, Death, performed by Maggie Steed, makes the most impact.

Pinter One (the political plays) and Pinter Two (The Lover and The Collection) are alternating until 20 October.