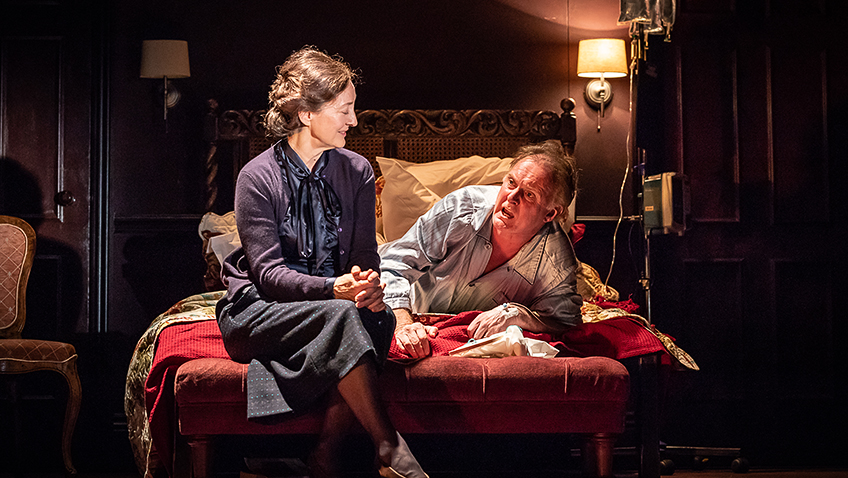 Pinter Four: a chance to catch up on Harold Pinter’s least revived plays

The Jamie Lloyd Company’s season of Harold Pinter’s one-act plays gives theatregoers a chance to catch up on two of his least revived plays.

Moonlight, which premiered in 1993, the year Pinter’s mother died of cancer and he broke with his son, is pre-occupied with family dislocation and death. 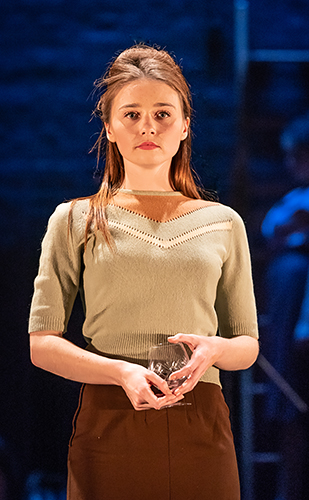 A former civil servant (Robert Glenister) is in bed refusing to go gently into the night. “Am I dying?” he asks his wife (Brid Brennan). “If you were dying, you would be dead,” she replies.

He is estranged from his children. His daughter is in limbo, having died at 16. His grown-up sons, who are out of work, engage in verbal banters in which surnames and place names are bandied about in a very Pinteresque manner. Like all the actors, who have played these brothers, Al Weaver and Dwane Walcott fail to make their scenes work.

The scenes, which work best, are those between Glenister and Brennan, a striking contrast, he is all coarse and loud-mouthed, she is all understated and calm. When it comes to malice and irony she is the winner.

Lyndsey Turner’s production ignores the three specific areas Pinter wanted the actors to have and has them in the same space. It makes Moonlight less accessible.

Night School, the 1960 TV play, which Pinter thought was the worst thing he had written, works better, thanks largely to Al Weaver. He is well cast and often funny as Walter, a petty criminal, who hasn’t the gift for crime and always gets caught. He comes out of prison to find his aunts have let his room to a schoolteacher who, unbeknown to them, also works as a nightclub hostess.

Brid Brennan and Janie Dee, both unrecognizable, are the eavesdropping aunts. I could have done without the irritating and totally unnecessary live drum accompaniment which punctuates the action.

Pinter Four alternates with Pinter Three (Landscape, Monologue, A Kind of Alaska and and Other Sketches) until 8 December.