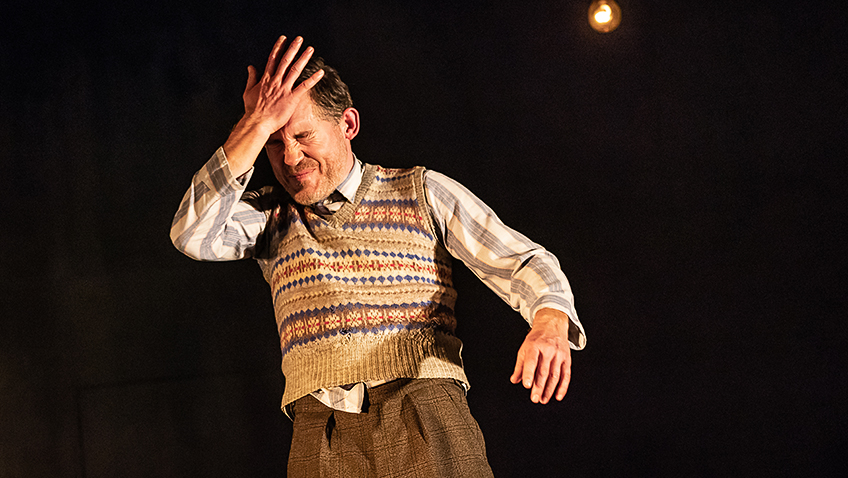 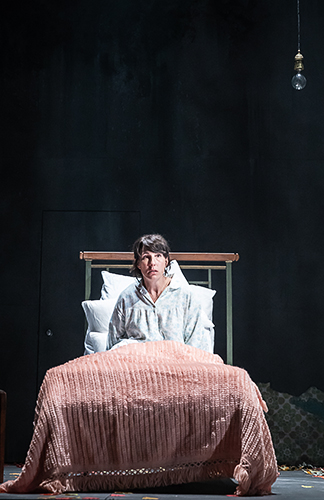 Landscape, first performed on radio in 1968, is a play for two voices: one coarse and brutal; the other, quiet and gentle. The two parallel monologues make one continuous bit of music.

A married couple, a chauffeur and a housekeeper, sit side by side. She never looks at him. He looks at her. They remain in their separate worlds. She is lost in a reverie, remembering a time when she made love on a desolate beach on a beautiful autumn morning.

It is a pity Lloyd has got rid of the kitchen and the long kitchen table. Tamsin Grieg talks into a microphone which much diminishes her story and its tantalising unanswered questions. Keith Allan, seething with anger, failing to communicate with his wife and ready to burst, has much more emotional impact.

A Kind of Alaska

A Kind of Alaska suffers from many people in the audience mistakenly thinking they are watching another funny sketch and roaring with laughter. There is nothing funny about a forty-­five-year‑old woman who has been asleep for twenty‑nine years. The play is based on a genuine case history reported in Awakenings by Oliver Sacks, the author of The Man Who Mistook His Wife For A Hat.

The sixteen-year-old girl wakes and wonders where she has been. Her doctor assures her she didn’t die. She has, he says, been in “a kind of Alaska.” What I remember most about Peter Hall’s production at The National in 1982 was the deeply distressing closing moments when Judi Dench, who played her, started to fall asleep again and desperately (smacking her face all the while) tried to stop herself slipping back into those “crushing, punishing spaces.” Tamsin Greig is not as poignant. 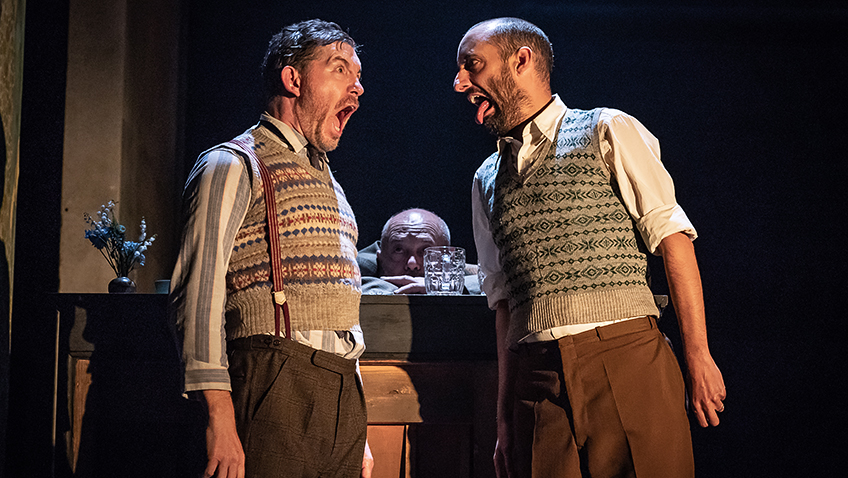 The Short Sketches benefit from the presence of Lee Evans. His major role is in Monologue in which a man, addressing an empty chair, remembers the sexual rivalry between him and his best friend who stole the affections of the beautiful woman he loved.

Night has a middle-aged couple remembering their first meeting; but their memories don’t tally and they are both remembering somebody else.

The comic high spot is the short story, Girls. A man has read an article in a magazine about “girls who likes to be spanked” and cannot remember what happened next. Was she spanked and if so by whom? He desperately wants to know and his desperation, as performed by Tom Edden, is hilarious.