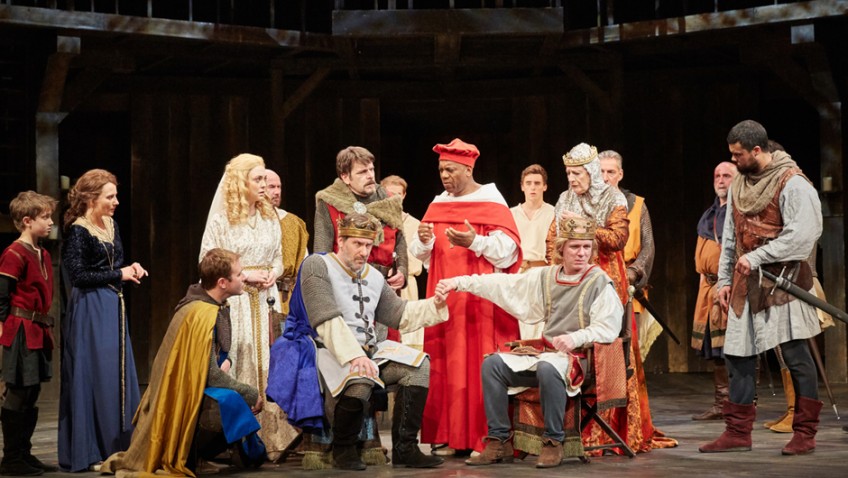 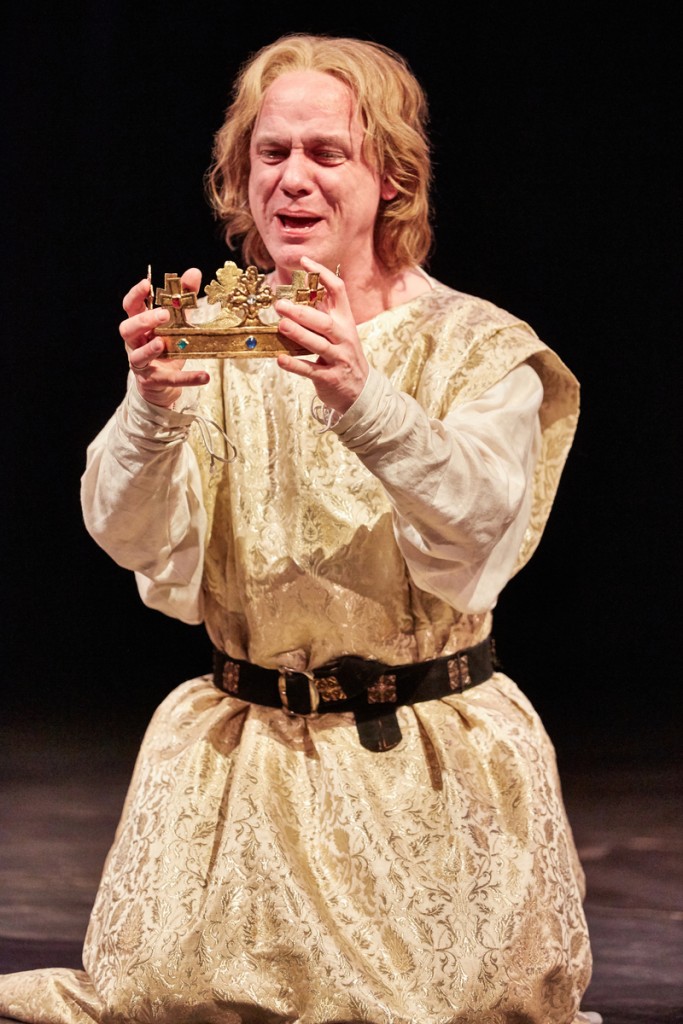 King John, a bombastic, jingoistic history play, is a satire on political expediency and opportunism, an ironic comment on kings and kingship, patriotism and treachery.

It has never been popular with modern audiences.

Few great actors since the 18th and 19th centuries have wanted to play the unstable, unprincipled king, a notoriously difficult role in which to reconcile the different strands of his character.

He begins as hero, the champion of England against the Church of Rome. He then turns villain, ordering the murder of Prince Arthur, who has a claim to the throne. Finally, he has a death scene which is clearly meant to be tragic but isn’t.

Jamie Ballard plays John as a weakling, rather than as a villain, and a not very bright weakling at that.  . 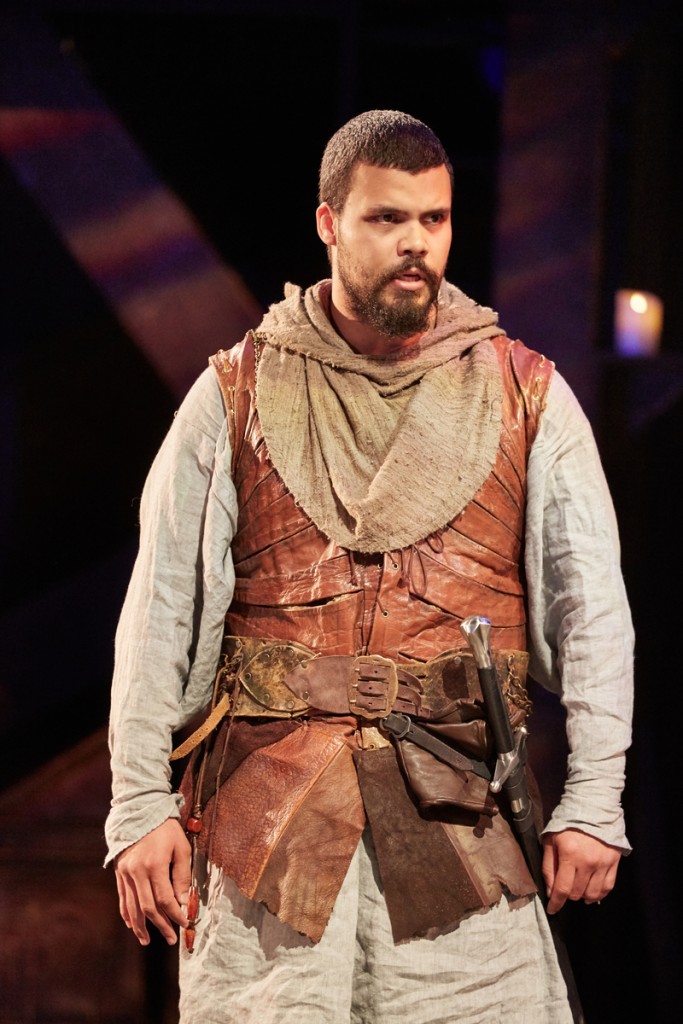 Shakespeare’s hero is Faulconbridge the Bastard (Howard Charles), the illegitimate son of Richard Coeur de Lion. Blunt, clear-sighted and deeply patriotic, he is the Spirit of Plantagenet and the conscience of England. In an ideal medieval world, he would have been king.

For the audience at the very first performance in the 1590s, the real villain would have been the Papal Legate (Burt Caesar) from Rome. The text is very much anti-Catholic propaganda.

The devious and manipulative Cardinal Pandulph’s arguments are so convoluted that not even he, I suspect, understand them. One of the best scenes in Nunn’s production is when the Cardinal is holding forth and nobody on stage (and nobody in the auditorium) is any the wiser.

The  play’s most popular scene and one never fails to move audiences is when the very young Prince Arthur (Sebastian Croft) pleads with his warden, Hubert

(Stephen Kennedy), not to blind him with a red-hot poker.

King John, overlong and heavy-going, a bastinado of rhetoric, will appeal mostly to Shakespeare completists. “Zounds!” says the Bastard, “I’ve never been so bethump’d with words.”