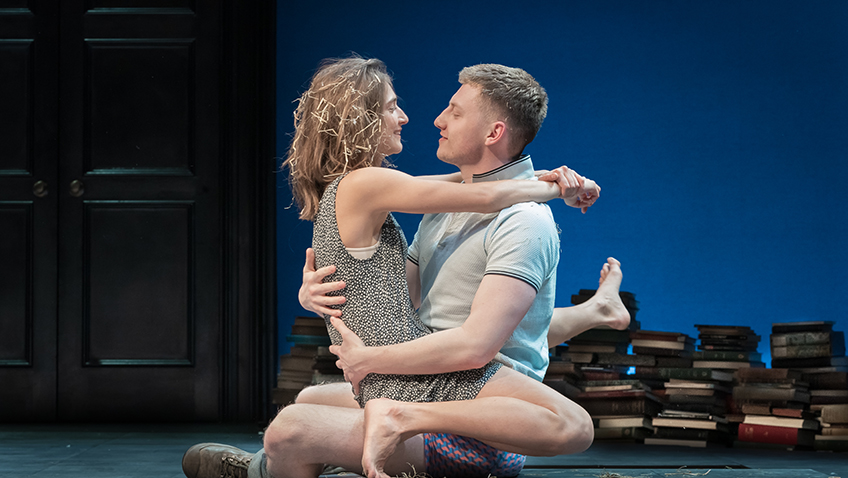 Ed Hall, artistic director of Hampstead these last ten years, takes his farewell with Jude, a new play by Howard Brenton, which is based very loosely on Thomas Hardy’s Jude the Obscure. Brenton initially was going to adapt the 1895 novel for a television series but the project fell through.

What we see on stage, however, is not a direct update. It is not really Hardyesque, he says; except for its theme of talent cruelly denied, a beautiful soul betrayed and destroyed by an indifferent society. 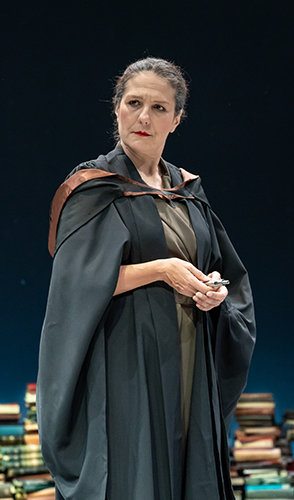 Whilst working as a cleaner, Jude (Isabella Nefar) steals a volume of Euripides from her employer (Emily Taaffe), a classics teacher, who is amazed to find that the young woman can translate Ancient Greek with ease.

Jude has sex with a crooked pig farmer (Luke MacGregor) and has a child by him. She pours pig’s blood all over her body. She also has sex with her comically reluctant and puritanical cousin (Merch Husey). He is a Christian; but everybody thinks he is a Muslim, including MI5 who think he is a potential terrorist.

Jude is offered a scholarship to Oxford by a celebrated lesbian classics don (Caroline Loncq) for politically correct reasons. She’s a refugee, she’s a single mother, she’s self-taught. MI5 advises the university a scholarship is not in the public interest. How will Jude react? Will she behave like Medea?

Jude loves the Greek and Latin classics and Euripides in particular. She understands him. She sees him. She talks with him. He even appears on stage with her. Euripides is played by Paul Brennen wearing a mask based on a well-known marble Roman bust.