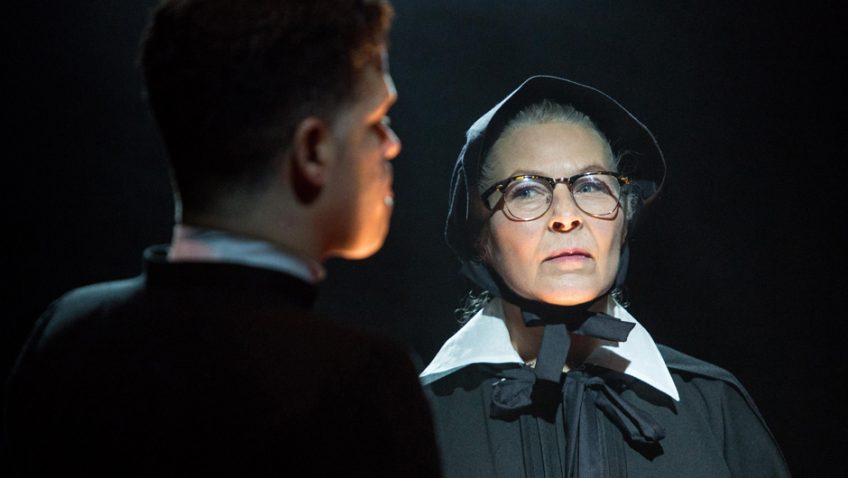 It went on to be a film in 2008 with Shanley directing Meryl Streep and Philip Seymour Hoffman and again it was nominated for more awards. 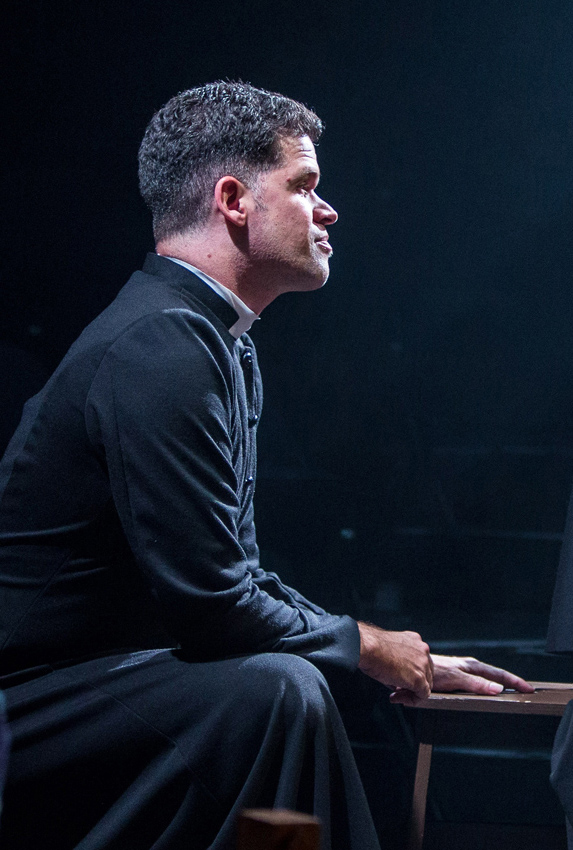 The story, acted straight through without an interval, is set in a Catholic school in the Bronx in the 1960’s when sex scandals were handled differently by the Church. With our knowledge today of the sex abuse which had gone on in America and Ireland, we, too, might now be in danger, of jumping to conclusions without any proof.

The principal, Sister Aloysius, accuses Father Flynn of paedophilia. Did Flynn really seduce a 12-year-old altar boy, the only black student in the school? Was their relationship ever anything more than teacher-pupil? A Bishop in the 1960s might have solved the problem by merely moving the priest to another school.

Sister Aloysius, a sour, abrasive, narrow-minded disciplinarian, is a traditionalist who dislikes Father Flynn’s moderation and liberality. She wants to damage his reputation. She has no warmth, no compassion and is prepared to go to any lengths, however illegal, to destroy him. Stella Gonet gets the sister’s icy, hard-as-nails tone exactly.

But is Father Flynn guilty? The playwright, the director Ché Walker, and the actor Jonathan Chambers playing him, are deliberately ambiguous and rightly so.

In Chambers’s performance Flynn comes across as a decent, kindly, loving priest. I don’t think there will be any doubt in the audience’s mind about the accusation. But where’s the proof? And that is the whole point of the play.

Truth can be confusing. Shanley describes his play as a parable – a parable on the dangers of rigid moral certainty.

The most interesting aspect of the script is the unexpected reaction of the boy’s mother (Jo Martin) which will give audiences plenty to talk about on the way home. There’s also good support from Clare Latham as the young and naive nun, intimidated by the principal.