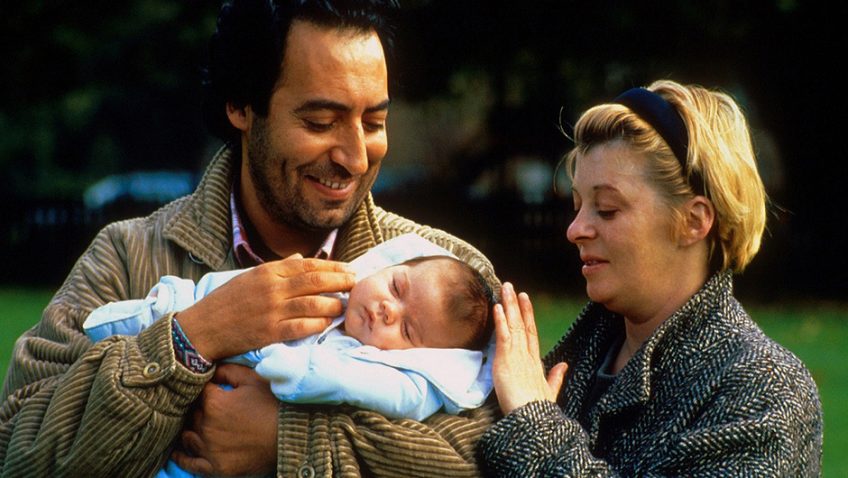 Ken Loach, social historian and critic, has a socialist agenda. He is on the side of society’s victims, the jobless 4 million, struggling against the odds and he wants to give them a voice. He made his name with a remarkable series of controversial documentaries. These three humane and naturalistic slice-of-life films show things as they were for the working classes in the 1990s Loach, using professional and amateur actors, makes fiction real. The films are bleak but there is always plenty of humour

(1991). A major turning point in Loach’s career. Young Glaswegian (Robert Carlyle in his first major role), just out of prison, comes to London and works on a building site where the wages are low and the safety is poor but where the camaraderie is high. The film had a wider distribution in Europe and America than it did in Britain. (in the USA it needed subtitles, the Northern dialogue being largely incomprehensible to the Americans!. The cast includes Ricky Tomlinson who reveals his naked backside for the first time and which would later become his regular trademark in Loach’s films.

(1993). Roman Catholic father (Bruce Jones) hasn’t got he money to buy the dress his daughter needs for Communion. He steals sheep, he becomes a bouncer, and he cleans drains (a really shitty job). There is a terrifying scene when his wife (Julie Brown) is being bullied by a violent loan shark (Jonathan James). However, it is the Behaviour of the good priest (Tom Hickey) which will cause the biggest surprise and give viewers something important to discuss.

(1994) is based on a true story. A woman has had three children by three different men, all three of them abusive. The social services have taken the children away from her and put them into care. She meets a kind and immensely supportive Chilean political refugee (Vladmir Vega) and has a child by him. The most harrowing scene is when social services take the baby away from her while she is still in the delivery ward. Crissy Rock gives a brilliant award-winning performance of a loving, vulnerable and unstable woman, totally unable to control her temper and dangerously violent. Rock is absolutely authentic and the scenes when she is beaten up by Ray Winstone are terrifying.

(BFI) released in 1990 was one of Mike Leigh’s most popular films: family drama in colour. Dad is conned into buying a broken down fast food van he will never use. His daughter is deeply disturbed. His best friend buys a run-down restaurant nobody will come to. The cast includes: Alison Steadman (mum with an irritating laugh), Jim Broadbent (dad), Claire Skinner (tomboy) and Jane Horrocks (bulimic), their twin daughters, David Thewlis (bulimic’s lover), Timothy Spall (hyperactive friend) and Stephen Ray (con-man). Inevitably, since the actors are well-known faces, the improvisation and the acting are very visible and very theatrical.