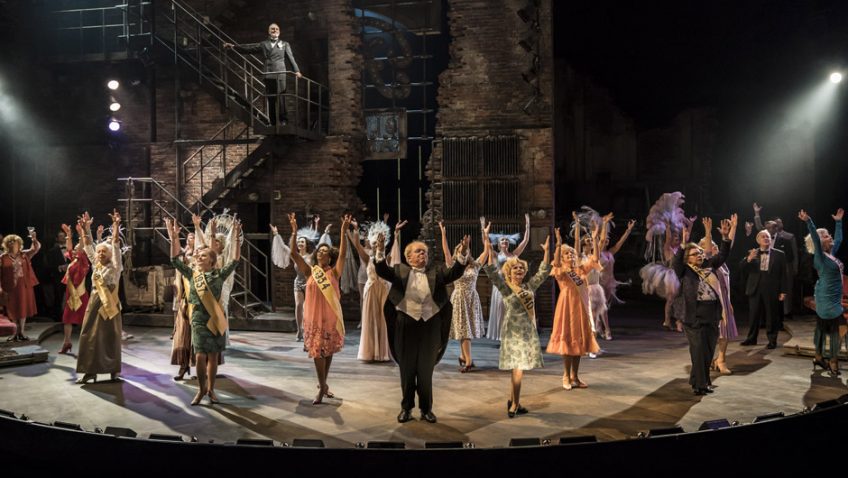 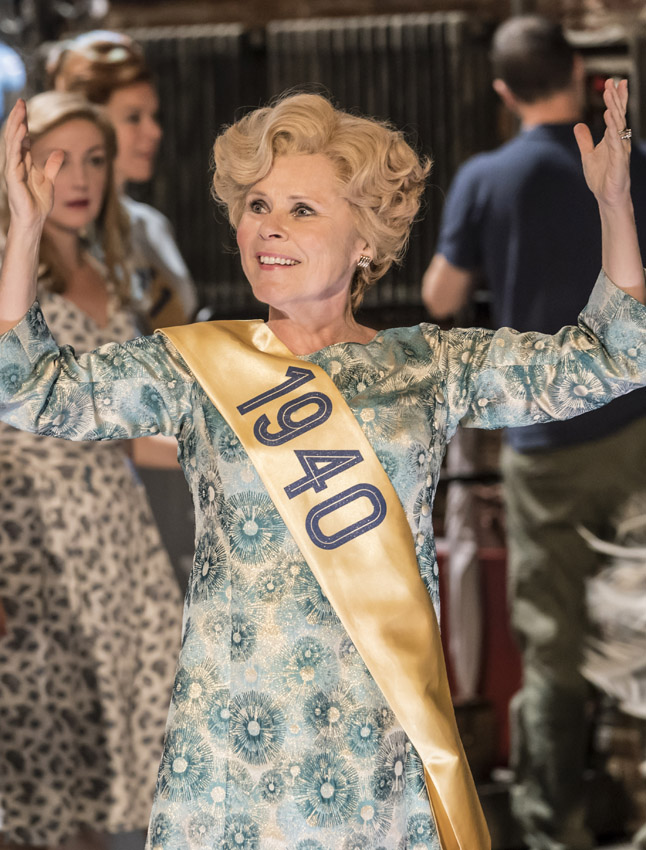 Stephen Sondheim and James Goldman’s Follies, one of the great American musicals, looks back to the golden age of vaudeville and the glamour of the Ziegfield Follies and those famously beautiful girls with their long legs, furs, feathers and fantastic headgears.

The sophisticated and fiendishly expensive Follies was first staged in 1971 when it lost a lot of money. It took sixteen years for it to reach London with a completely new book, which was less bleak, less corrosive, and far more optimistic. It it had several new songs and musical sequences. The production did not recoup its money either.
The show is so expensive that revivals have usually been concert performances. Dominic Cooke’s exciting production for the National Theatre is the first full-scale production since 1987and it returns to the 1971 version.

The action is set during a reunion of old chorus girls in a crumbling theatre, where they once performed and which is about to be pulled down to make way for a car park. The party is also attended by chorus girl ghosts, heavily sequined and gloriously feathered, who silently stalk their older selves.

The book concentrates on two failed marriages. Ben and Phyllis played by Philip Quast and Janie Dee and Buddy and Sally played by Peter Forbes Buddy and Imelda Staunton. 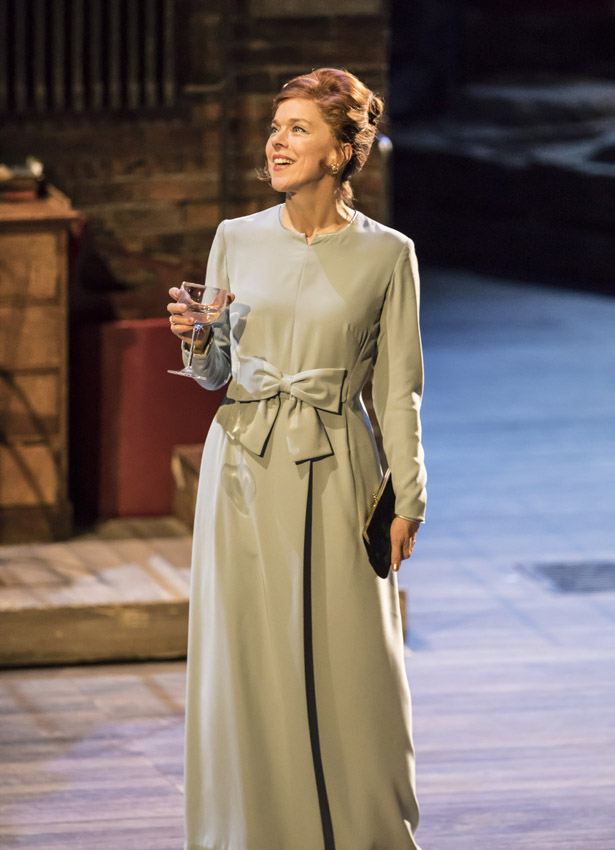 Follies ends with a tribute to Ziegfield: a mixture of Broadway tinsel, chorus girl charm and old-fashioned vaudeville.

Ziegfield’s shows in the 1920s and 1930s were famous for their comedians and glittering, spectacular lavishness, an opulence which the National Theatre has not got the finances to match. There is no grand staircase for a start. The girls instead make their entrance down a fire-escape, a brilliant and witty conceit, which adds to the sadness.

Follies is essentially a series of tour de force solos and Sondheim’s pastiche songs are acts of homage rather than parody. High spots include Beautiful Girls, the ultimate showgirls descending staircase number and Mirrors when the old and the young have a joint dance number.

Josephine Barstow, has her show‑stopping moment with “One More Kiss”, which is made all the more poignant for being sung with her younger self (Alison Langer).

Wisecracking Janie Dee singing Could I Leave You (when I left long ago) and Imelda Staunton singing In Buddy’s Eyes and Losing My Mind give the show its bitterness and pathos.

Follies is a major theatrical event and not to be missed.

Follies will be broadcast by NT Live to cinemas in the UK and internationally on Thursday 16 November.