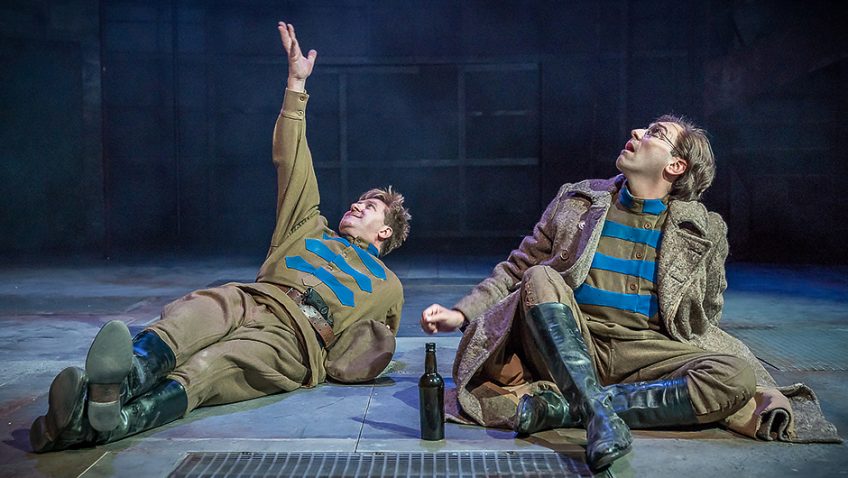 Describe the Night explores the blurred lines between lies, fiction and conspiracy theories in Russia

American playwright Rajiv Joseph is the author of the award-winning and much more accessible two-hander, Guards at the Taj, which was seen at the Bush Theatre last year. 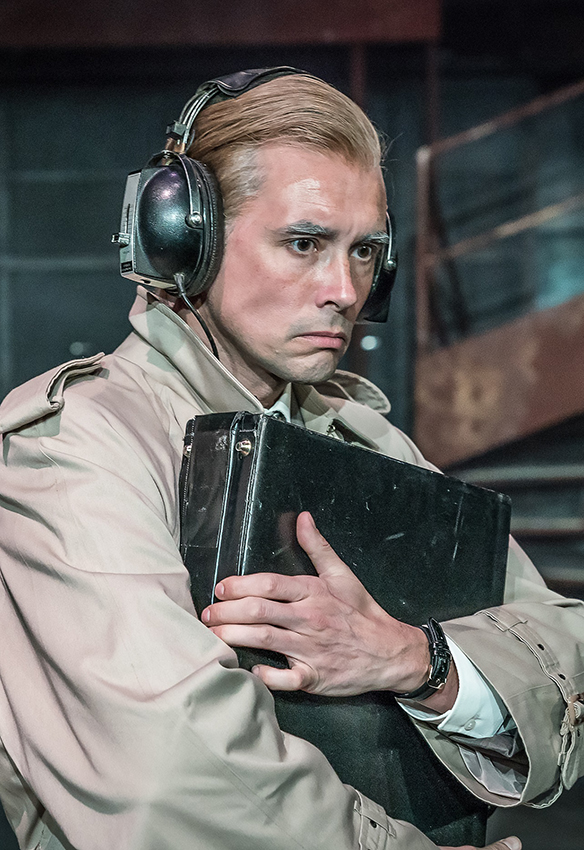 “My personal opinion,” says Joseph, “is that all history is – in some ways – a lie. It is certainly not the whole truth and nothing but the truth.”

It is difficult these days to distinguish truth from fake news. We live in an age which distrusts politicians and the media. The most blatant liar is the leader of the Western World.

DESCRIBE THE NIGHT covers 90 years of Soviet history (1920-2010) and Russia’s relationship with truth. Nobody is safe. Everybody is liable to be shot and airbrushed out of history.

There are two key historical events: the first is the Katyn massacre: the killing of 22,000 Polish military, police and intelligentcia during World War 2. The second is the plane crash at Smolensk in 2010 when a large number of key Polish figures, including the President, died. On the plane and rescued was Babel’s diary.

Javiv Joseph concentrates on Isaac Babel (Ben Caplan) and his relationship with NKVD Chief Nikolai Yezhov (David Birrell) and his affair with Yezhov’s wife (Rebecca O’Mara) who ended up in a lunatic asylum. Both men were shot in 1940.

Yezhov initiated the Great Purge which led to the arrest of 1.3 million and the execution of 682,000.

The play also traces the rise of Vova (aka Vladimir Putin and acted by Steve John Shepherd) from ambitious KGB officer to President. Vova, a protégé of Yezhov, rewrote his own early childhood history.

It would be wise to arrive early and read the programme’s detailed essay and notes before you see the play.