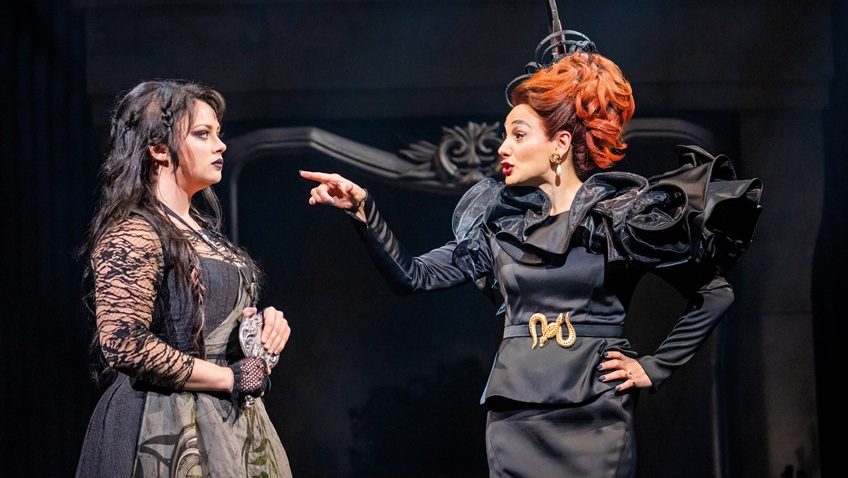 Andrew Lloyd Webber has done much better than this; but everybody will want his Cinderella to succeed. It was meant to open in 2020. It has had a terribly bumpy and much delayed opening, all due to Covid.

Cinderella has been a popular pantomime ever since its very first spectacular production in 1830 at Drury Lane starring Joseph Grimaldi, the great clown of the Regency era.

There have been many versions of Charles Perrault’s fairy tale since: opera (Rossini and Massenet), musical (Rodgers and Hammerstein), cartoon (Walt Disney), film (Kenneth Branagh) and ballet (Frederick Ashton and Matthew Bourne).

Andrew Lloyd Webber’s version is much nearer to pantomime than musical; but it is not for very young children. The book is by Emerald Fennell, author of Killing Eve and Promising Young Woman, and it has a number of twists and a harder edge. The sharp lyrics are by David Zippel. Laurence Connor directs. JoAnn M Hunter choreographs.

Carrie Hope Fletcher is not your usual pretty insipid Cinderella, who, in Christmas pantomimes, invariably plays a supporting role to Buttons, the Fairy Godmother and the Ugly Sisters. In Andrew Lloyd Webber’s musical she is definitely the star.

Carrie Hope Fletcher’s bad Cinderella is a tough cookie. She’s no drudge. She’s the sort of bolshie girl who defaces statues with graffiti and you can’t imagine her ever kowtowing to her stepsisters. She has good ballads to sing: Far Too Late is a big hit.

Cinderella is in love with Sebastian, Prince Charming’s younger brother. The understudy was on. Michael Hayman, singing Only You, Lonely You, stopped the show and had the loudest applause.

Victoria Hamilton-Barritt’s wicked stepmother, a cartoon character, camps it up gorgeously, and another high spot is when she has a bitchy duet, I Know You with Rebecca Trehearn’s queen and they vie with each other. The French accordion accompaniment is a nice touch.

Gloria Onitiri’s Fairy Godmother does not change a pumpkin into a coach and mice into horses so Cinderella can go to the ball. She is into plastic surgery. She does such a good job on Cinderella that Sebastian does not recognise her at the ball. The message is loud and clear: you don’t need to be beautiful to be loved.

The Ugly Sisters are not ugly and they are not played by men in drag. They are vacuous and could be cousins of Beatrice and Eugenie in the TV sitcom, The Windsors. They flounce around in chiffon and don’t do anything so grimm and vulgar as cut off their toes and heels to get their feet into a lost gold slipper.

The second act opens with the whole company waltzing on a revolving stage and the audience, seated in the front rows of the stalls, find themselves revolving, too. A magical moment; but the second act is not as good as the first. My guess is that there will be some serious rewriting at a later date.