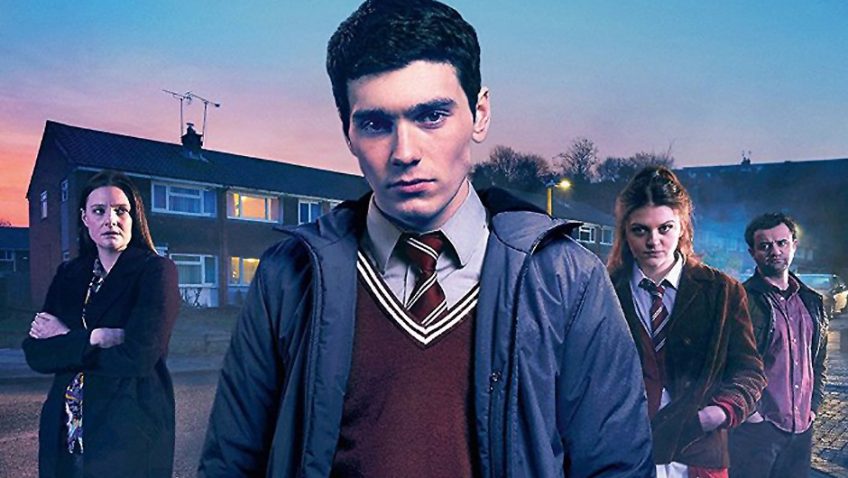 Born To Kill (2 Entertain) is a television psychological thriller in four parts and asks if psychopaths father psychopaths? A teenager is behaving strangely. Outwardly he is polite, affable, charming. He has a big welcoming smile and is capable of drawing people in; but inwardly he has no empathy and is isolated and friendless. His mum never told him his father murdered her lover and is in prison. 20-year-old Jack Rowan is cast as the teenager. One minute he is reading Treasure Island to a bed-ridden old man in hospital; the next he is tampering with his life-support machine and killing him. Romola Garai is his young mum, a nurse in the hospital, getting more and more worried by his Behaviour; and even more so when he discovers his dad is a murderer and feels proud.

The Founder (StudioCanal). In Big Business, there is one essential rule: If you can’t beat them, buy them! Ray Kroc, a travelling salesman in the 1950s, founded the McDonald’s we know today or rather he stole it from two brothers, fast food entrepreneurs, and turned their local Californian hamburger restaurant into a national billion dollar franchise. Michael Keaton is the persistent, greedy professional leach, a repulsive villain, who has the big idea that “McDonald’s could be the new American church.” Nick Offerman and John Carroll Lynch are the super-efficient, decent brothers who are taken over, against their will, and never got the royalties that were their due.

The Hatton Garden Job (Signature) is a record of the biggest theft in history, the stuff of instant legend. The appeal of the 2015 robbery is that it was carried out by veteran criminals in their seventies and without and violence, a perfect subject for an Ealing Comedy. They rob the rich of their safe-deposits. Director Ronnie Thompson takes a slow and steady, jump-cut documentary, voice-over approach, which is disappointingly artificial and singularly unexciting as we watch them drilling through concrete to a loud score. Matthew Goode organises the heist. The old timers are played by Phil Daniels, Larry Lamb, David Calder and Clive Russell. Joely Richardson is a Hungarian villain and acts as if she is in a comic-strip cartoon.

The Diary Of A Nobody (BFI). George and Weedon Grossmith’s classic Victorian comic novel, published in 1892, first appeared in weekly episodes in 1888. The Nobody is Charles Pooter, a narrow-minded, fastidious and self-important middle-class clerk in the city. His diary describes his mundane and trivial suburban lifestyle and records his aspiration, gaffes, minor social humiliations and his relationship with his wife, his wayward son and his boss. The satire is very gentle. This four-part TV monologue performed by Hugh Bonneville aired in 2007. Bonneville emphasises his essential decency, his loving nature and loyalty in a likeable and touching performance which never descends to caricature.

The Vision (Network). Dirk Bogarde’s last appearance was on television in 1988 and a big disappointment. He is cast as a once-famous presenter who is invited to be the Frontman for a new People’s Channel (headed by Lee Remick). What promises to be a satirical expose of a single information Network run by right-wing Evangelical Christians opts instead for science fiction and family melodrama in which his marriage is destroyed by the Network and Press. Eileen Atkins as his wife has the sharpest and unlikeliest scene when she invites the tabloid reporters into her home and strings them a lot of lies.