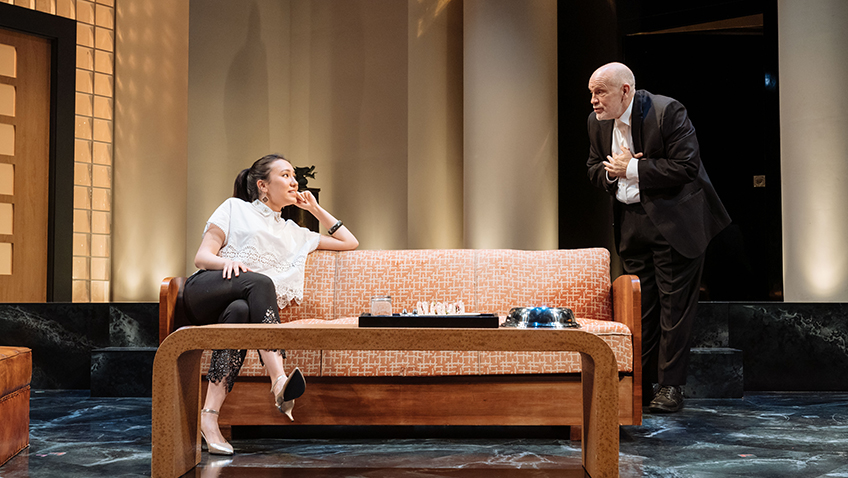 Hollywood is a hell hole. So what’s new on the casting couch?

John Malkovich returns to the London stage after a long absence in a new and disappointing play written and directed by David Mamet. It’s a short piece, lasting well under two hours, and it does not need an interval.

Bitter Wheat is a black farce about a depraved Hollywood mogul who offers a young Eurasian actress leading roles in three movies if she will give him a massage. 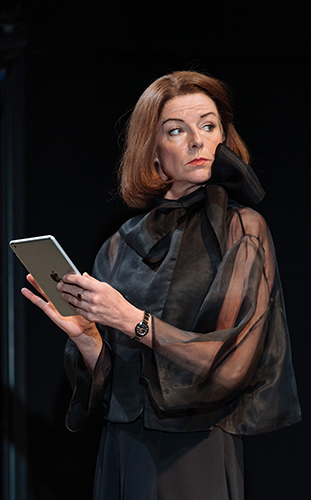 It is not the first time Mamet, a witty writer, a master of abrasive dialogue, has written about Hollywood; but this comedy is not as good an exposé as Speed-the-Plough.

Mamet’s play is a response to the #MeToo movement and the allegations made against him.

Sexual exploitation is a controversial and uncomfortable subject for many and the moment Mamet announced he was going to write about Weinstein he was widely condemned.

Sexual harassment however, has been the norm in Hollywood since the silent film era.

Mamet’s mogul is described as “a bloated monster – a studio head, who like his predecessor, the Minotaur, devours the young he has lured into his cave.”

The mogul is an evil man. The poster makes him look like a caricature of an evil man and that is how Malkovich plays him – repulsive, vulgar, insane and paranoid about his obesity. At one point he imitates a turtle on his back unable to get up. He claims he is as much a victim as the actress whose career he has destroyed.

There are good performances by Ioanna Kimbook, straight out of drama school, who plays the actress, and by Doon Mackichan who is cast as the mogul’s long-term, colluding PA.

Mamet is not as serious as he was in Oleanna, his play about an American professor facing a spurious charge of rape by one of his students which had a big impact at its premiere in 1992.

Bitter Wheat is trivial, underwritten and one-sided. There is little chance of audiences today getting as emotionally involved and divisive as they did 27 years ago.