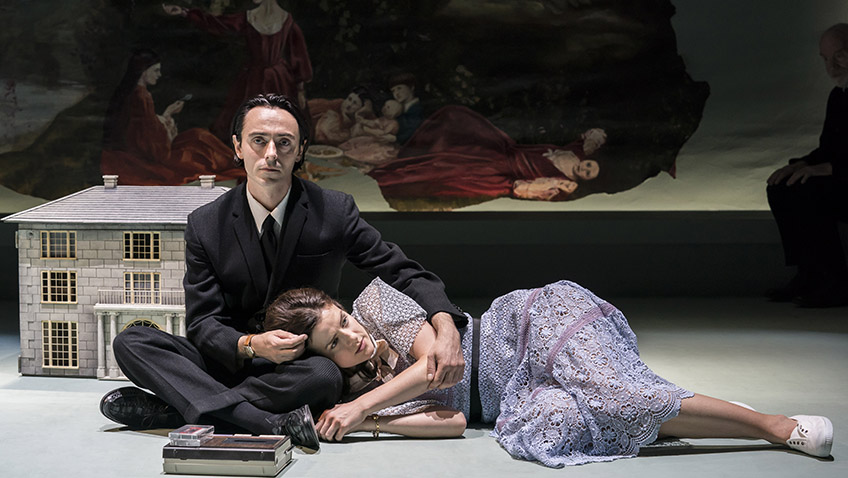 Brian Friel (1929-2015), the father of modern Irish drama, the finest dramatist of his generation, has often been described as the Irish Chekhov and Aristocrats, which premiered at the Abbey Theatre in Dublin in 1979, is, with its similarities to The Cherry Orchard, the most readily characterised as Chekhovian.

The play, a personal favourite of Friel’s, is set in the mid-1970s. A dysfunctional family lives in total isolation in a great Georgian house on top of a hill above the remote Donnegal village of Ballybeg.

They are cut off by their religion (Irish Catholic) and isolated from the community by class. The gentry do not mix with the village.

They can no longer afford to repair the decaying Big House, a symbol of Ireland’s colonial past, and its physical decline mirrors the family’s declining authority. 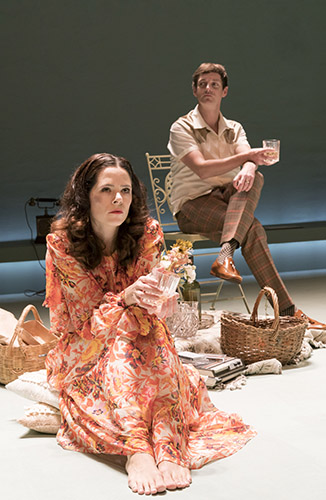 Dad, a former judge, dying upstairs (off-stage), who no longer remembers two of his children, communicates with the family downstairs through a baby monitor.

He has three daughters and a son. Judith (Eileen Walsh) looks after him and runs the household. One of the play’s most moving moments is when she describes her gruelling, soul-destroying daily routine.

Alice (Elaine Cassidy) is alcoholic and unhappily married to Eamon (Emmet Kirwan), who likes spinning stories and needling a sociologist.

Claire (Aisling Loftus), a chronic depressive, plays Chopin all the time and is about to marry a widowed greengrocer with three children.

The most interesting and original character is Casimir (David Dawson) with his anguished smile and his rapid and exaggerated vocal and physical mannerisms. He makes nervous phone calls to his imagined wife and three children in Hamburg.

Casimir drops famous names, such as Yeats and Chopin, as if he had personally known them. He is still terrified of his father who had told him, if he had not been born into the aristocracy, he would have been the village idiot. He plays an imaginary game of croquet with his sister without ball or mallet. He fabricates fantasies all the time to avoid reality. Dawson is absolutely riveting.

A visiting American sociologist (Paul Higgins), exploring recurring cultural, political and social modes in the upper strata of Roman Catholic society in rural Ireland, asks the family questions. It is difficult to differentiate between fact and fiction, lore, reminiscence and lies. Certain truths are not accessible. It is the ambiguity of their replies which makes Aristocrats so interesting.

Aristocrats, well cast and excellently acted, is directed by Lindsey Turner who has already directed three plays by Friel at the Donmar – Faith Healer, Father and Sons and Philadelphia, Here I Come.

Turner gives the play an abstract production, a far cry from Chekhovian reality. Uncle George, who has not spoken in years, gradually strips the plaster off the back wall to reveal a magnificent painting of the family’s ancestors in the Georgian era.