Home / LIFESTYLE / REVIEWS > / THEATRE REVIEWS / Now what is there before me but public disgrace, ruin, terrible shame, the mockery of the world? – Oscar Wilde 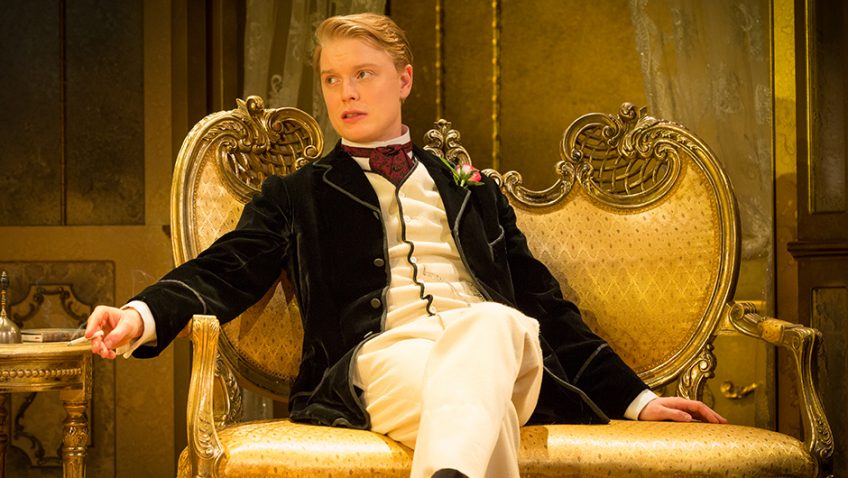 Now what is there before me but public disgrace, ruin, terrible shame, the mockery of the world? – Oscar Wilde

Dominic Dromgoole’s year-long Oscar Wilde Season at the Vaudeville continues with Jonathan Church’s production of An Ideal Husband, Wilde’s play about corruption in high places. First performed on 3rd January 1895, the fascinating thing about the text is the way it constantly foreshadows Wilde’s downfall a few months later.

“I feel that public disgrace in store for me,” says Sir Robert Chiltern, Under Secretary for Foreign Affairs. “I feel certain of it. I never knew what terror was before. I know it now. It is as if a hand of ice were laid upon one’s heart”. 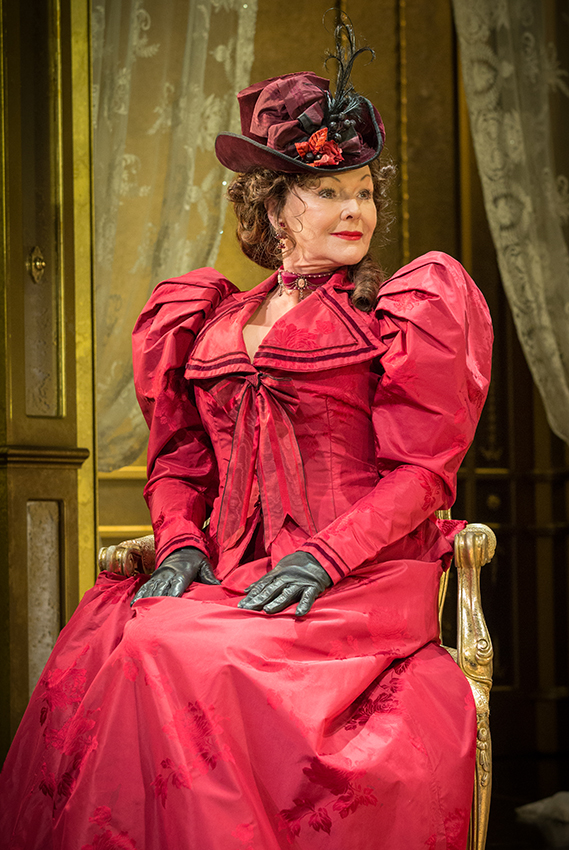 Frances Barber in An Ideal Husband

Chiltern’s wealth and career are founded on a cabinet secret he sold when he was a very young man. Mrs Cheveley, in possession of a compromising letter, threatens that unless he gives his support in the House of Commons to a fraudulent scheme she will sell the letter to the press.

“You know what your English papers are like,” she says. “Think of their loathsome joy, of the delight they would have in dragging you down, of the mud and the mire they would plunge you in.”

Chiltern argues that it took real courage to yield to temptation. Fortunately for him, the blackmailer is foiled and he gets off Scot-free and a seat in the cabinet!

This was clearly wishful thinking on the part of the playwright, who was arrested for gross indecency and sentenced to two years’ hard labour at the Old Bailey on the 25th May 1895.

An Ideal Husband, an excellent example of the much decried well-made play, was thought old-fashioned even in its day, most critics dismissing it as mechanical, sterile and essentially vulgar.

Their views have never interfered with its popularity among the theatergoing public who have always enjoyed the mixture of melodrama and epigrams, paradoxes and satire at the expense of vacuous Society and unscrupulous and hypocritical politicians.

“Truth is a very complex thing and politics is a very complex business,” argues Chiltern. The idea that he represents “what is best in English public life” and is potential Prime Minister material is a good cynical joke.

Nathaniel Parker’s weak and shallow Chiltern is not nice. The most likeable character is Lord Goring, who is extremely trivial on the surface but underneath, a totally reliable and good chap. Freddie Fox as “the conceited puppy” has a lot of fun with the role (“To love oneself is the beginning of a lifelong romance”) and is adept with the wit. His comic relationship with his dad is perfect; but then his dad is played by Edward Fox, who is his dad in real-life.

Frances Barber’s dead common adventuress is very much a scheming Victorian villainess and she hams up the melodrama to the hilt. Dressed all in red she looks and sounds (with that awful laugh) extremely and absurdly vulgar.

Barber’s Mrs Cheveley could never have been at school with Sally Bretton’s Lady Chiltern. And did she seduce Lord Goring when he was a little boy?

Susan Hampshire’s chattering Lady Markby is very funny and especially when she is talking about the countryside being full of curates running around like rabbits.