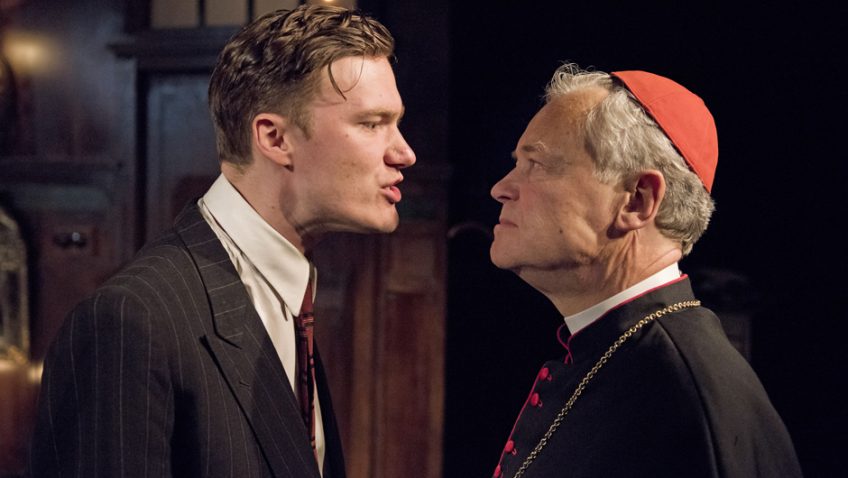 Hundreds of thousands of disabled people murdered in Nazi Germany

What should be done with the senile, the mentally handicapped, the disabled, the epileptics and the Down Syndromes?

The Nazi’s had a Euthanasia Programme which was signed by Hitler on September 1st, 1939. Colin Tierney in All Our Children

200,000 people were rounded up all told, placed in psychiatric hospitals and systematically murdered, most of them gassed

Stephen Unwin’s one-act play is fiction, but based on fact.

Colin Tierney is cast as a highly respected paediatrician who runs such a clinic in Cologne for the Under 25s. He decides whose “lives are not worthy of life” and therefore those who should die.

He argues that the vast majority of patients “are incapable of the lowest forms of employment. They can never make a contribution to society; they pay no tax and will never be able to give back even a fraction of what we provide them. They are quite, simply, the lowest of the low.”

His main argument is that in wartime it is difficult to justify the ridiculous amount of money, which could be spent on better things.

The clinic is more like a charnel house than a clinic. There is a 23-year-old SS officer (Eric Franklin) to make certain the paediatrician keeps up his monthly quota of “mercy killings”.

The young man is also very keen to obey the Fuhrer’s demand for a higher Aryan birth rate.

There is a deeply moving performance by Lucy Speed as a mother, raging against her child’s death, and an understated one by Rebecca Johnson as the paediatrician’s maid, a good Catholic, unaware of the barbarities.

The big scene is an imagined meeting and debate between the paediatrician and the brave, outspoken Bishop von Galen (David Yelland), famous for his three sermons denouncing the Euthanasia Programme and the Nazis.

Life, he says, is indivisible.

Such was the bishop’s popularity Hitler knew he would have to wait until the war was over to kill him. Von Galen (1878-1946) survived and was beatified in 2005.