Home / LIFESTYLE / REVIEWS > / THEATRE REVIEWS / What the Dickens is going on? 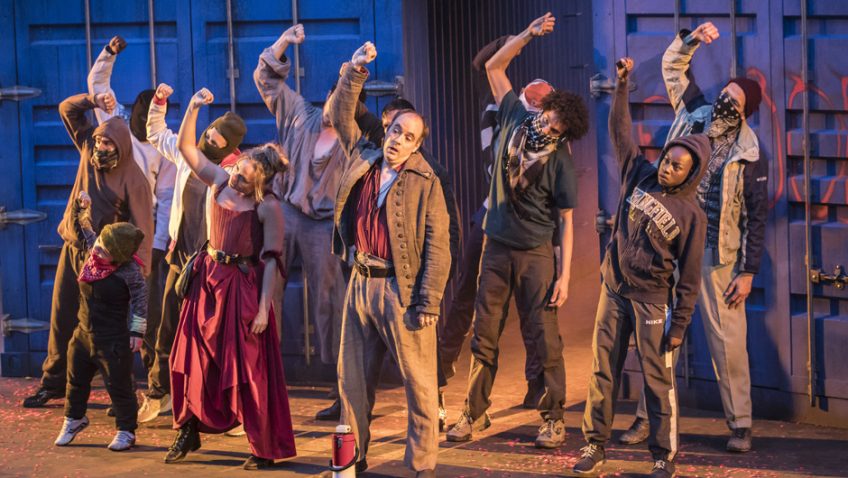 What the Dickens is going on?

By January 1860 A Tale of Two Cities was already on the stage, adapted by Tom Taylor, with Dickens acting as consultant. Melodrama was the most popular form of entertainment in Victorian theatre and one of the reasons his novels adapted so well to the stage was because they were so melodramatic. Nicholas Karimic in A Tale of Two Cities

The most famous stage version remains The Only Way in 1899, which was written by two clergymen, Frederick Longbridge and Freeman Wills, and acted by John Martin-Harvey who was so successful he would go on playing Sydney Carton for the next 40 years until his death.

There have been numerous films. The best-known are the 1935 American version with Ronald Colman and the 1958 British version with Dirk Bogarde. There have also been TV adaptations and a musical.

Matthew Dunster’s adaptation is set in the 1790s and in 2017. The multi-racial cast, playing many roles, constantly have to quick-change their numerous costumes. Three large shipping containers fill the stage. They rotate and open up to provide the variety of settings.

The major problem is the story-line which is very difficult to follow if you do not already know the story. I could have done without all the modern “refugee crisis” parallels, trappings, framings and newsreels which get in Dickens’ way.

Dunster’s most blatant addition emphasises that Charles Darnay, Jarvis Lorry, Dr Manette and his daughter Lucy and his granddaughter are modern refugees when they finally return to Britain and the border police separate mother and granddaughter.

Timothy Sheader’s versatile production goes on for three hours, which is far too long. The second act is better than the first.

The French aristocrats are caricatured and ponce around in glittering gold. The scene when the odious Marquis Evremonde’s coach and horses kills a child is acted, mimed and danced to disco music

Sydney Carton (Nicholas Karimi), the lovesick, dissipated wastrel, who makes the most celebrated self-sacrifice in 19th century literature, is much diminished. Nor does it make sense to cast Carton white and Charles Darnay (Jude Owusu) black when the whole point of the story is they are meant to look so amazingly alike that nobody can tell them apart.

Kevork Malikyan is good casting for Lorry. Lewis Griffin and Francesca Mills stand out in the ensemble