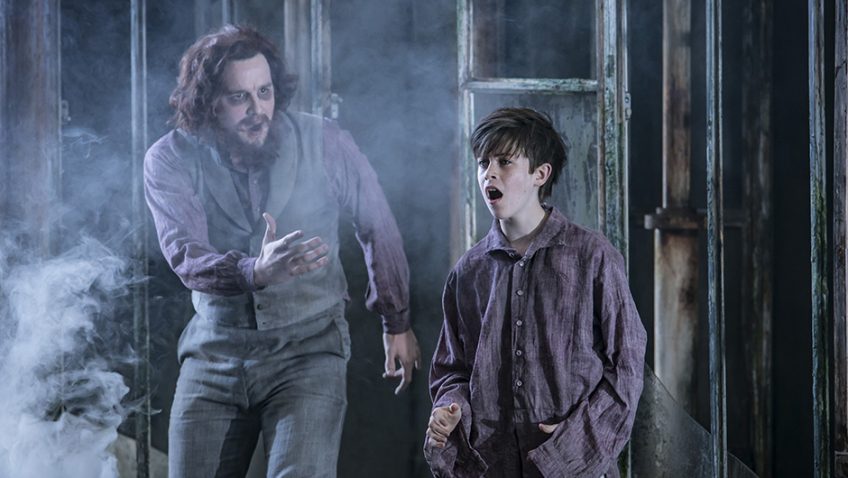 , published in 1898, is one of the great ghost stories and notable for its subtle psychology. Oscar Wilde thought it “the most wonderful, lurid, poisonous little tale.”

Benjamin Britten’s chamber opera, with a libretto by Myfanwy Piper, premiered in 1954 at the Teatro La Fenice in Venice, Italy.

The present production, directed by Timothy Sheader and designed by Soutra Gilmour, is a joint effort between Regents Park Theatre and English National Opera. 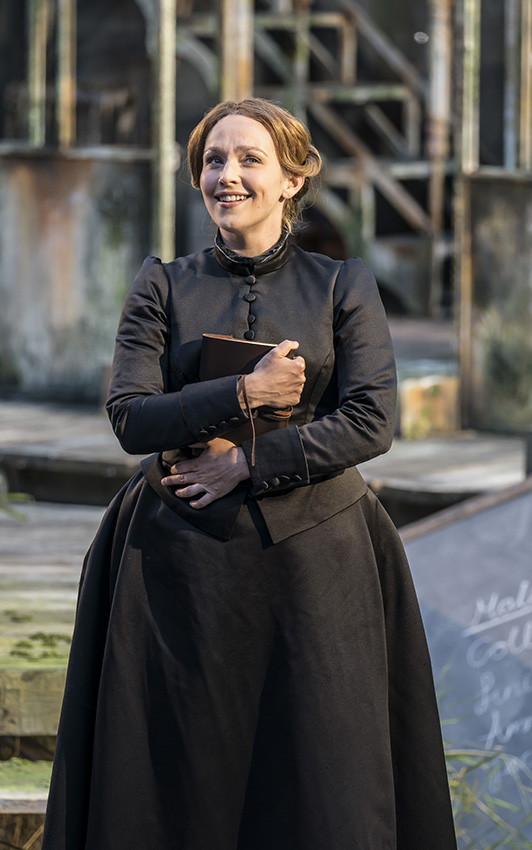 Rhian Lois in The Turn of the Screw

The outdoor setting is a derelict broken glass conservatory (which houses the orchestra) surrounded by foliage and an overgrown reedy bank which includes a broken piano. The darker the night, the spookier and the better the production gets.

Peter Quint, a former valet, and Miss Jessel, a former governess, return from the dead, to haunt the house in which they were once employed. They frighten the life out of the new and young governess, who senses their evil and desperately wants to protect her two young charges.

Ever since James admitted his story was “a trap for the unwary”, Freudians and anti-Freudians have had a field day. The ambiguity gives audiences plenty to talk about.

There is a strong cast. Rhian Lois is the governess. Sholto McMillan and Ellie Bradbury are the abused children. Sarah Pring is the housekeeper.

Hopefully, there will be more opera in future seasons in Regent’s Park.

All his life Henry James wanted to be a successful playwright; and, ironically, he only achieved his ambition after his death. His novels and short stories have been regularly turned into highly successful plays and films.

Jack Clayton’s 1961 film version of The Turning of the Screw, The Innocents, with Deborah Kerr as the governess, is well worth seeing.