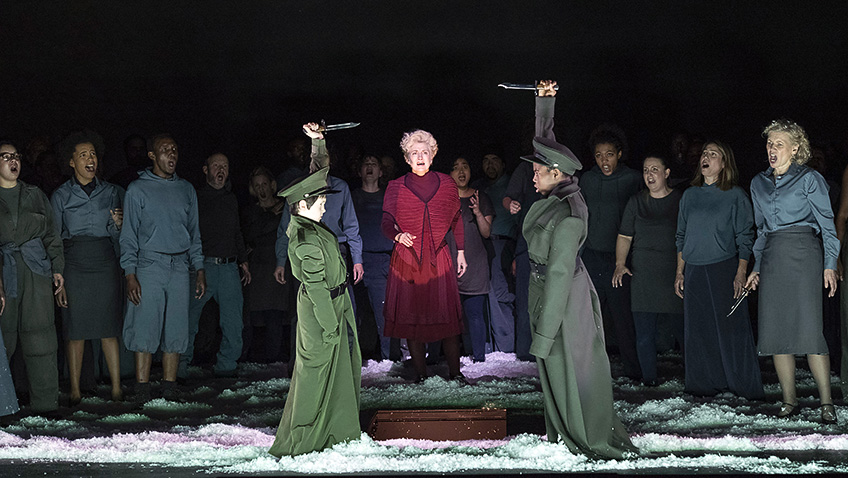 Benjamin Britten’s meditation on war and loss was written for the consecration of the rebuilt Coventry Cathedral in 1962 and has been regularly performed and recorded ever since. 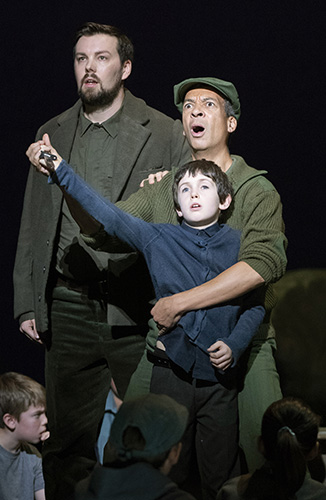 The libretto, a mixture of the sacred and the profane, is the Latin Mass for the Dead interspersed with nine war poems by Wilfred Owen, who was killed a week before the armistice.

“My subject is war and the pity of war,” he said. “The poetry is in the pity. All a poet can do today is warn.” Owen was 25 when he died.

What passing bells for those who die as cattle? Britten, pacifist and conscientious objector, responds with horror, anger, grief and pity for doomed youth. War Requiem has a soaring dynamic energy and builds to a superb climax.

There will be those who say oratorios should be heard and not seen and no doubt Kramer’s production will encourage that view. There is nothing on stage comparable to the Great War films such as Lewis Milestone’s All Quiet on the Western Front and Stanley Kubrick’s Paths of Glory or to the paintings of such war artists as Paul Nash.

The soloists, Emma Bell, David Butt Philip, Roderick Williams are impressive. So are the chorus and the orchestra. The Day of Wrath section is a thrilling sound. Martyn Brabbins conducts. 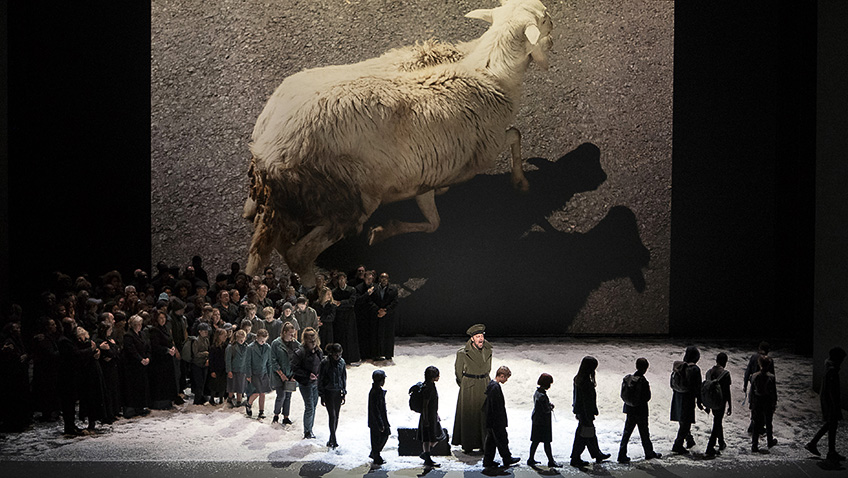