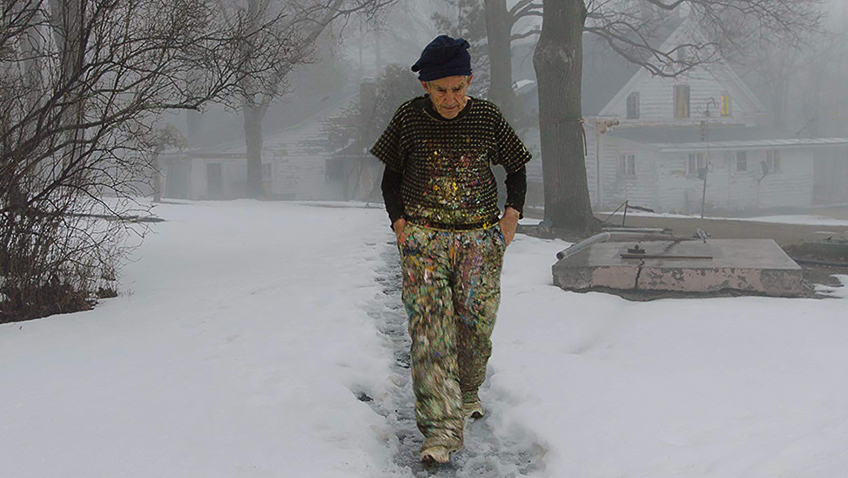 Is the contemporary art world peopled with an elite group of cash-rich commodity investors who know the price of everything and the value of nothing? As suggested somewhat tongue-in-cheek by influential art collector Stefan Edlis, that is one conclusion you can draw from Nathaniel Kahn’s riveting, savvy, colourful and revealing documentary about the current art scene.  But Kahn is too intelligent a filmmaker to leave it at that. His brilliant debut, the very personal, My Architect, was nominated for an Academy Award, as was his 2006 short documentary Two Hands: The Leon Fleisher Story. The Price of Everything

departs from these films in that it is not about an individual, but a marketplace and Kahn has gathered a strong and diverse (though America-centric) range of experts, along with the artists themselves to explore and demystify this significant economic sector of society.

Kahn sparks a debate in the viewer’s mind at the outset with, auctioneer Simon de Pury’s comment that, ‘art and money have always gone hand in hand’. ‘It’s important for good art to be expensive’, he argues, because ‘if something has no value it will not be protected…’ The only way for commercial artefacts to survive is for them to have a financial value.’

This persuasive argument is backed by many in the art world, but by few of the artists themselves. For one thing, as a video of Robert Rauschenberg at the game-changing October 18,1973 Skull Collection art sale shows, Rauschenberg will not benefit from the exponentially increased prices his works net Mr Robert C. Skull in auction. Gerhard Richter and Nigerian painter Njideka Akunyili Crosby worry more that their works are beyond the budget of museums and will be hidden from posterity in the homes of private collectors, and their fate, subject to market whims. Larry Poons, now 81 and living in a sprawling rundown estate in “James Fennimore Cooper country”, has been forgotten by the art market after refusing to continue churning out his 1960s dot paintings that saw him compete with the highest paid artists of the era.

This initial debate about the link between art and money gives rise to several revelations and a paradox. Avant–garde artist and dealer Gavin Brown, art investment expert Serge Tiroche and art critic Barbara Rose focus on the market forces that govern the price of art. In this context, there is concern about Jeff Koons, who was for years America’s highest earning living artist. He has turned his studio into a factory where he creates intricate “systems”, but no longer physically touches a canvas. Kahn captures Koons gushing over his monumental Gazing Ball paintings which give the investor an old master (say, Courbet’s Sleep, or a Titian or Rembrandt); a metaphor (the reflecting ball); and an original Jeff Koons all for the price (a ‘moderate’ $2.5 million claims collector Stefan Edlis) of one. But his huge sculpture The Seated Ballerina is in a shopping mall in Bal Harbour Florida, a placement that sounds the death knell for an artist’s status. 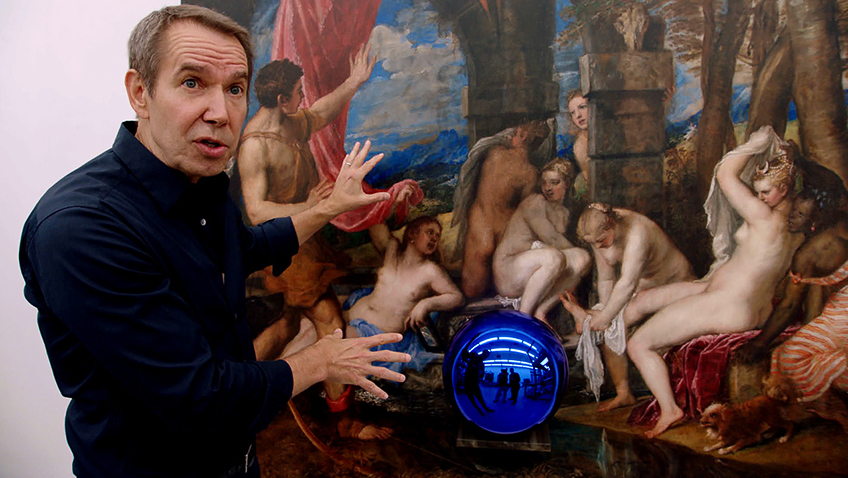 Jeff Koons in The Price of Everything

In the meantime, Koons’ work trades on the Futures’ Market, with work Koons has not even begun being traded among investors for a fixed price. Tiroche suggests that one way to control the art market is to manipulate supply and demand as it is no secret that rarity contributes to value. Hot artist George Condo, a friend of Jean-Pierre Basquiat is not alone in wondering whether the young black artist’s work would be worth so much if he were still alive and still so prolific.

Ironically, what art historian/critic Barbara Rose considers a sick stock market calculation might revive the reputation and finances of octogenarian Poons, and it is why his bullish new dealer, Dennis Yares is gambling on a big show in Manhattan. Investors look at the most undervalued bankable artist on the books and start buying low to sell high. Unfortunately, we never learn if Mr Yares’ gamble paid off.

Art as a commodity disgusts Barbara Rose who considers Italian sculptor/conceptual artist Maurizio Cattelan’s fully functional 18-karat gold cast toilet entitled America, to be a sensationalist exercise in luxury brands. For Cattelan it represents a reminder that the American dream is, like the toilet – which everyone can use when installed at the Guggenheim Museum – available to all and unites humanity.

For 89-year-old influential collector Stefan Edlis, whose penthouse looks like a modern art gallery, acquiring Cattelan’s eerie sculpture Him is a quid pro quo. We see the back of a small, but lifelike kneeling man with black, slicked-back hair whose identity, when revealed, shocks the viewer. Edlis escaped from Nazi Germany in 1941 at the age of 15, and after serving in WWII, made millions in the plastics industry where he learned to take risks. He shows Kahn his original German passport identifying him as a Jew. Edlis no longer purchases his art at auction or by money exchange, but by trading works online. He states frankly that while the tax man might be short changed – as in real estate – it is all legal.

The film is structured around the Sotheby’s auction of the Steven and Ann Ames collection. Amy Cappellazzo, Chairman of Global Fine Arts at Sotheby’s who negotiated the deal for the collection is bullish. She provides some of the film’s unintentional humour with her unapologetic, unsentimental view of the market and her creative approach to shifting canvases for maximum returns.

Part of her strategy is the home visit. The aim is to match an investor with an artwork coming up for auction as a way of stimulating sales. Holly Peterson writes satirical novels about the super-rich, of which, Cappellazzo has to remind her, she is one. Cappellazzo wants Peterson to bond with and invest in up-and-coming Nigerian born female artist Njideka Akunyili Crosby’s 2012 work, Drown, with a guide price of $200,000. Mission accomplished, but, as we see, at the auction there are already 12 bidders pushing the price up to a shade under the million-dollar mark.

Cappellazzo then visits Edlis who recognises that the strong reds in Gerhard Richter’s two works in the auction signal value. Edlis admits to being ‘the schmuck from Chicago’ who invested $100,000 in a Mondrian back in the 1970’s – that is now worth many millions. While Cappellazzo dismisses the news that Richter wants his art to be in museums as socialist idealism, commenting that they will end up collecting dust in the vaults, Edlis makes the same comment about surplus works owned by private investors. He has just donated 42 pieces worth $400 million to the Art Institute of Chicago. A copy of Warhol’s Marilyn is so good that he will not miss the original, a confession that he throws into the precarious art market bubble, already groaning after the $450 million private sale of Salvator Mundi, attributed to Leonardo da Vinci.