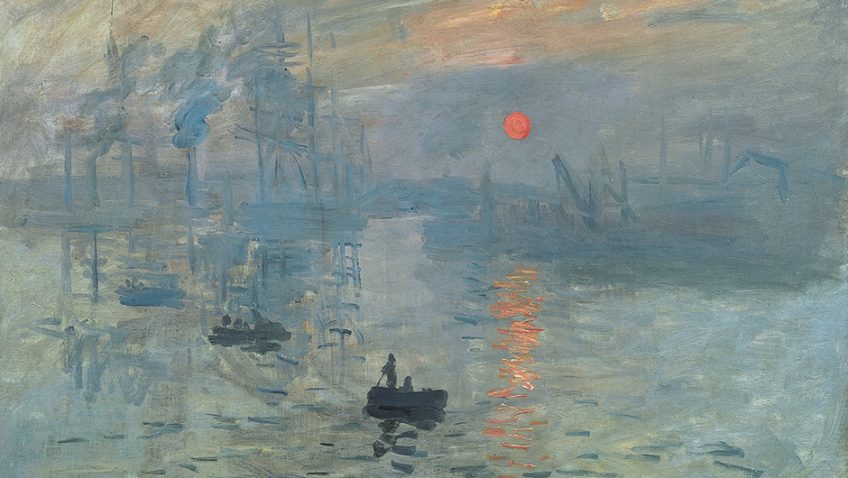 This ravishing documentary, re-released from 2017, coincides with a new Monet Exhibition in London

Back by popular demand from last year, this re-issue is both welcome and timely.

The film’s re-issue coincides with the opening of a blockbuster exhibition at London’s National Gallery entitled, Monet and Architecture that is on until 29 July. The gorgeous paintings, including the breath-taking The Boulevard des Capucines, Paris (1873), on loan from Russia’s Pushkin Museum, will leave you longing to learn more about one of the most important painters of the last quarter of the 19th and first quarter of the 20th centuries. This is where the film comes in.

A prolific painter over the course of his long life (1840-1926), Claude Monet also managed to marry twice (his first wife died); support six children, cultivate the most famous garden in the world after Eden; befriend many of the most famous painters, writers and politicians of his day, and write some 2,500 letters. Phil Grabsky (who gave us the superb In Search of Mozart and In Search of Beethoven) has based this pictorial biography of Monet on a selection of these letters, read by Henry Goodman.

Born in Paris in 1840 and raised in Le Havre, Monet was perhaps destined to be a painter in the open air: an impressionist. An unruly student, he equated the four walls of a school with a prison. At the age of 17 he was making money selling caricature portraits in front of a picture frame shop. There he met the painter Boudin who took him to paint outdoors. Monet describes his first outing with Boudin as, ‘the removal of a veil…I grasped what painting could be.’

It was in Honfleur, 1864, that Monet encountered the problem that was still plaguing him decades later in Rouen. In a letter to his second wife, Alice Hoschedé, dated 12 February, 1892, he complained: ‘Dear God, this cursed Cathedral is hard to do… Fourteen paintings on the go today…I’m exhausted and it seems that every day the light changes: it gets whiter and higher up.’ For in 1864, he realised, ‘When I see nature, I feel I can capture everything – and then it vanishes when you’re working!’

An entire wall of the Monet and Architecture exhibition is devoted to the facades of Rouen Cathedral that Monet is referring to in this letter. If you cannot make it to the exhibition don’t worry: Grabsky includes an extensive array of familiar and less familiar paintings to illustrate the letters. He knows how long to spend on each painting and when to linger on close-ups as in the Turner-inspired Impression Sunrise, painted at Le Havre in 1872, and believed to have given rise to the name of the movement (Impressionism). Grabsky supplements the artist’s impressions with portraits of Monet by his peers (including Renoir and Manet) and original footage of the locations where Monet painted. 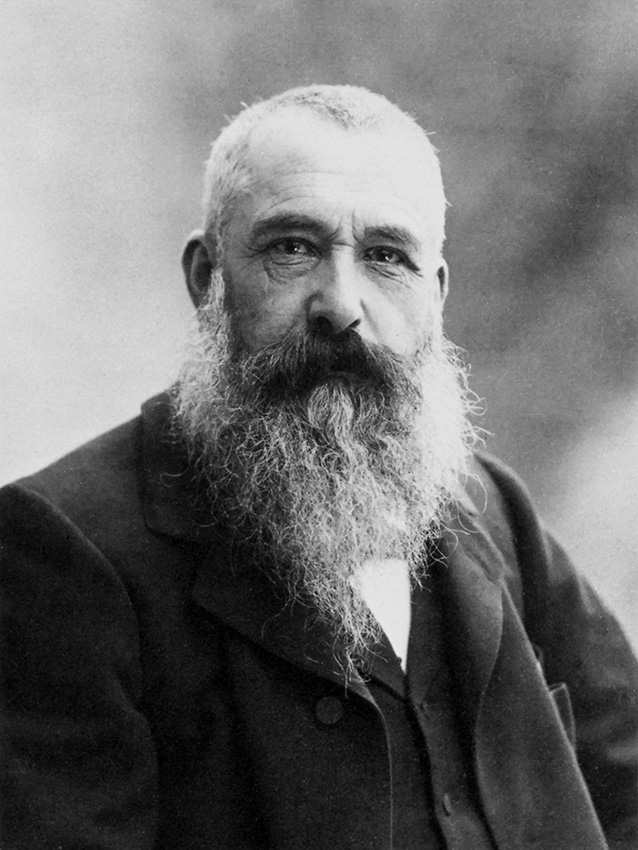 A significant number of letters were either written to his two wives, Camille Doncieux (m 1870-1879) and Alice Hoschedé (m 1892-1911) or were about them. On May 22, 1867, living with his model and then-mistress Camille in a cottage in Argenteuil with their son, Jean, he writes that he is ‘happier than ever…I’m working non-stop.’ We see the charming domestic scene, The Luncheon from 1868; and Edouard Manet’s The Monet Family in the garden at Argenteuil showing the tranquillity of domestic bliss. There is also a lovely photo of Jean on his ‘mechanical horse’ although we do not see the painting of that horse that remained in Monet’s possession until his death.

A beautiful portrait of Camille (Woman in a Green Dress) was accepted by the Annual Salon where Monet made 800 francs in sales. But by 1867, the money worries that were to plague him until the early 1880s were compounded by Camille’s illness (probably cancer). In a letter of January 1878, he moans, ‘In two days we must leave Argenteuil’; and in a letter dated 30 March he laments, ‘My wife just had another baby and I am unable to pay for medical care that mother and child must have.’ The family moved to Vétheuil as we see from The Road to Vétheuil of 1880. Monet calls it ‘a ravishing place’ and vows, ‘I shall only go to Paris (he disliked cities) …when I need to sell my paintings.’

But in a letter dated 10 March 1879 he writes: ‘For a month I have been unable to paint because I lack the colours. That is not important. Right now, it’s my wife’s life in jeopardy that terrifies me. It is unbearable to see her suffer.’ Her suffering ended on 5 September 1879 and is marked by a letter and a moving painting of whites, greys and purple, entitled Camille Monet on her Deathbed.

What we do not learn from the letters is that the family was renting space in the home of Ernest Hoschedé, a wealthy department store owner (soon to go bankrupt) and patron of the arts. Monet travelled during the 1880s as we see from paintings from Etretat and Italy, but what we are not told is that Hoschedé’s wife, Alice, had been caring for Monet’s two children and her own six. We do hear several letters from the 1880s in which Monet expresses his love for Alice, (whose portrait we see) and his dismay at her unhappiness, but we do not know the source of her misery. It’s pretty simple: she and Ernest were still married! On 19 February 1883, Monet writes to Alice, ‘I collapsed in tears. Do you mean you want to separate from me right away?’ They eventually get together and move to Giverny.

At least Alice lived to enjoy the turn in the tide of Monet’s fortune. In 1886 he writes to the model-turned-painter (and Manet’s sister-in-law) Berthe Morisot of the success of a show. ‘It’s been a long time since I’ve believed you can educate public taste.’ And in 1887, he writes to his art dealer, Paul Durand-Ruel, ‘…business is going well. I’ve sold almost all my paintings.’

Creating Giverny, the garden that would preoccupy Monet until his death in 1926 was a struggle as letters to the Council’s planning department indicate. There are letters about Alice’s death, his dwindling eye-sight, the death of the last of his circle, Degas, and his refusal to move to safety during World War I: ‘If they insist on killing me, they’ll have to do it in the midst of my paintings’. The film end with his correspondence with Georges Clemenceau over his gift to the nation of the water-lily panels (on permanent display in the Orangerie Museum at Place de La Concorde). The film lingers on these beautiful paintings that herald the arrival of abstract art.

I, Claude Monet is showing in selected art house cinemas on 22 May: https://exhibitiononscreen.com/find-a-screening/