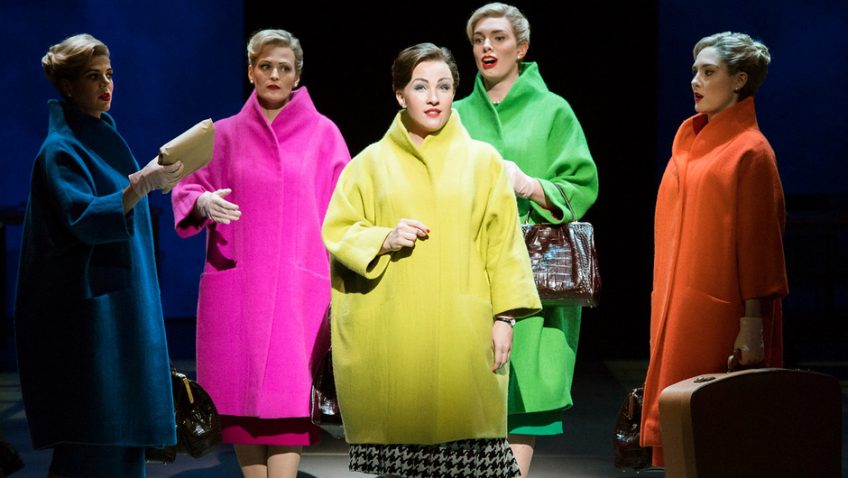 Nico Muhly’s opera, conducted by Martyn Brabbins and directed by Michael Mayer, is a co-production between ENO and Metropolitan Opera New York,

Alfred Hitchcock’s 1964 thriller with Tippi Hedren and Sean Connery, billed as “a suspenseful sex mystery”, now ranks amongst Hitchcock’s best. It was not always so. Cinemagoers and critics 60 years ago, hoping for another Psycho and The Birds, found instead the more subtle thrills of Vertigo, and many were disappointed. 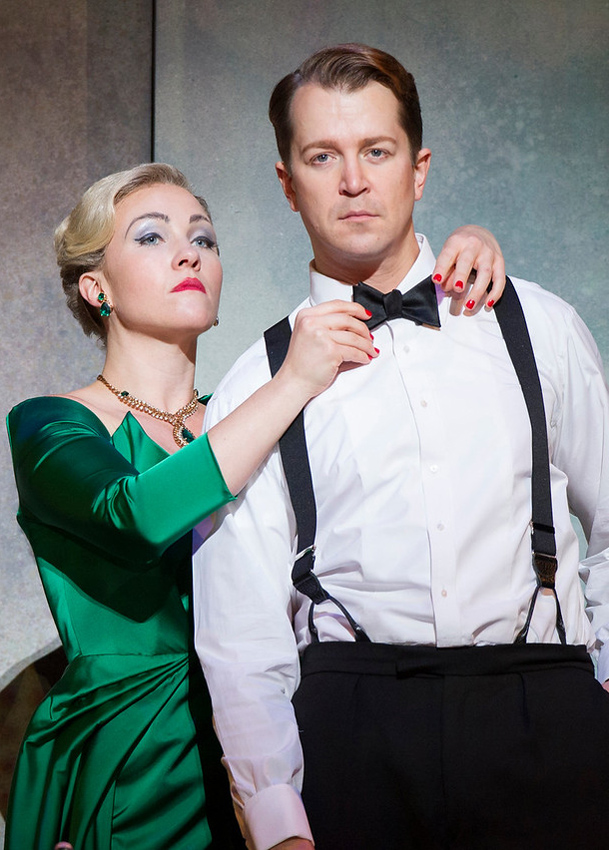 The story is a disturbing psychological melodrama about female frigidity, masculine lust and marital rape. Tippi Hedren had a bad time during filming with the predatory Hitchcock making unwelcome advances. The opera’s premiere arrives at a good moment. The newspapers at the moment are full of headlines about inappropriate Behaviour by males.

The film’s most famous scene takes place in an empty office building. The screen is split down the middle. On one side a cleaner is swabbing in the corridor; on the other side the thief is in the boss’s office opening the boss’s safe. Will she be caught? The tension is enormous.

This scene is missing in Nicholas Wright’s libretto, which is based on Winston Graham’s novel rather than the Hitchcock film. The story is set in England during the 1950’s. The settings and projections by Julian Crouch and 59 Productions Ltd are always interesting.

Marnie, a compulsive thief and pathological liar, is a typical Hitchcock heroine, outwardly glacially cool, well-groomed and blonde. Mark Rutland, a wealthy publisher employs her, knowing she is a kleptomaniac and when he catches her thieving, he offers her a choice of either marriage or prison.

Marnie is sung by Sasha Cooke. Mark is sung by Daniel Okulitch but he is too nice to be convincing as a callous predator and sexual blackmailer. Each character is paired with a different instrument in the orchestra voicing their inner feelings

Marnie constantly changes her name and the opera gives her a quartet of body doubles, only differentiated by the colour of the identical clothes they are wearing.

The score is often beautiful and beautifully played. The whole orchestra appeared on stage for the curtain call. There are good performances by counter tenor James Laing as Mark’s louche brother and by Lesley Garrett as Mark’s mother. A group of male dancers, dressed in dark suits and trilbies and looking like hoods and behaving like male furies, stalk the stage.

The opera is intriguing but finally disappointing. There is no suspense. The chorus’s singing provides the excitement.