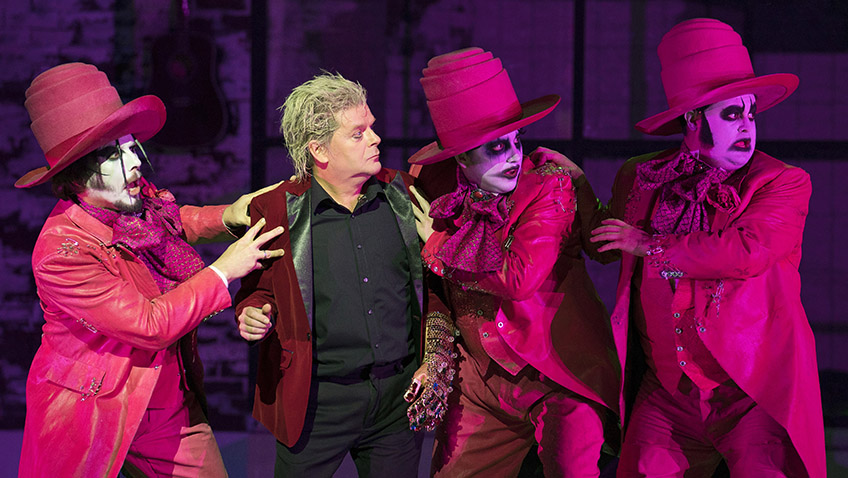 First Gluck, then Offenbach and now Birtwistle: ENO continues its exploration of the Orpheus myth.

Harold Birtwistle’s The Mask of Orpheus is having its first full London staging since its premiere in 1986 when it was hailed as one of the most remarkable operas of the 20th century.

The electronic music is integrated with a massive orchestra of wind, brass, harps, guitars and a huge battery of percussion. The sound is extraordinary and thrilling. The conductors are Martyn Brabbins and James Henshaw. 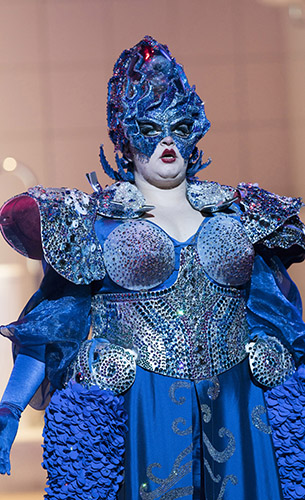 Claire Barnett Jones in The Mask of Orpheus

Birtwistle presumes we already know the story and its numerous variations and contradictions.

Orpheus and Euridice fall in love and marry. Euridice dies from a snake bite. Orpheus journeys to the Underworld to bring her home. When he realises she cannot follow him he hangs himself. He then wakes up and find he has been dreaming. But that is not the end of the story. There is still another 50 minutes to go.

The structure of the opera’s plot is complex and demanding. So complex and so demanding that you might as well not bother trying to understand what is going on and instead just sit back and enjoy the amazing sound and the amazing surreal spectacle.

Daniel Kramer’s production lasts 3 hours 30 minutes including two intervals. It’s all a bit overwhelming. There is pageantry and aerial gymnastics. There are naked men in red shorts. The furies are robotic nurses with big bosoms and big behinds, very PVC, and they debag men. Hell is accessed via the bath in the bathroom and not as you might expect by the lavatory. 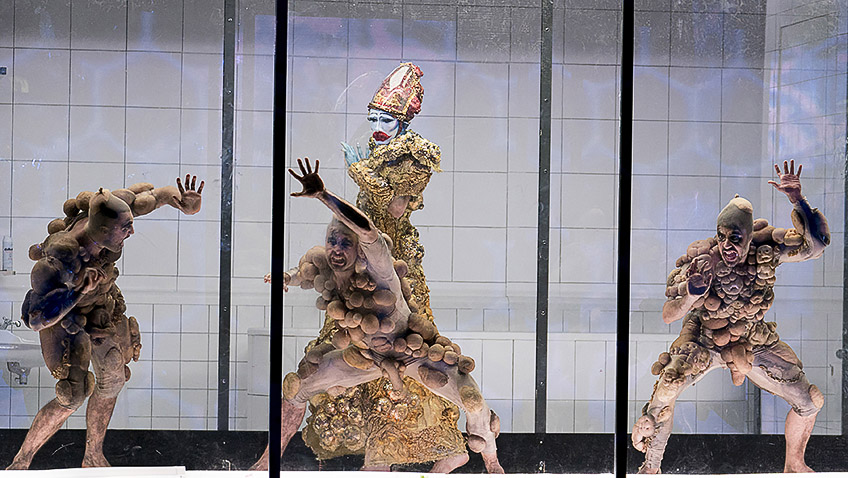 The lighting and video design is by Peter Mumford. There are huge images of flowers and leaves plus a swarm of bees, all in blazing colour. The choreography is by Barnaby Booth and much of it takes place inside a huge glass cabinet, which moves slowly across the stage with the dancers trapped inside.

The fantastical costumes are by Daniel Lismore (England’s most outrageous dresser, according to Vogue), who stalked the Coliseum’s foyers in the intervals, a walking advertisement for his extraordinary stage wardrobe Swarovski provided him with 400,000 red, blue, green crystals to play around with. There is a wonderful bejewelled gauntlet and a skull in the Damien Hirst manner.

Birtwistle, celebrating his 85th birthday, was there to take a curtain call and he got a standing ovation. Good for him.