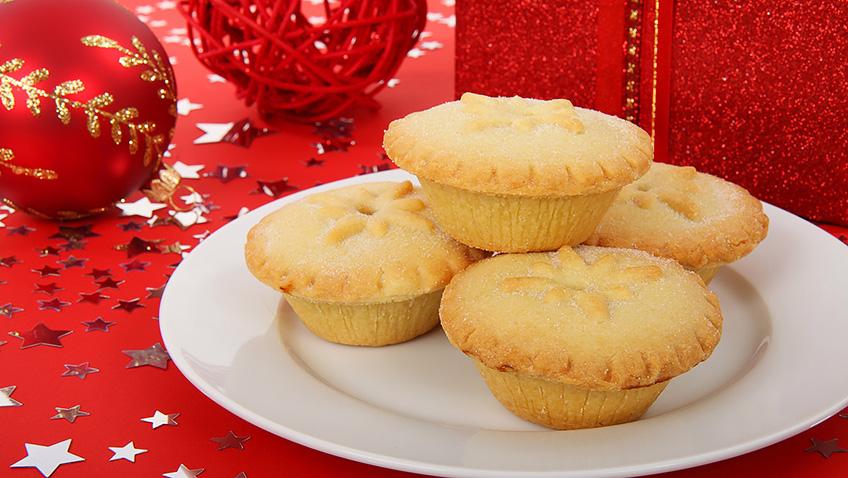 Sherry, whisky and freshly squeezed orange juice are sipped this week as I get started stirring the Christmas mincemeat. Recipes for this booze-soaked Christmas preserve always say you should let it ‘mature’ for at least a week before you use it. But home-made pies (individual or one large ‘un) will still taste wonderful if the minced fruit and nut mixture is spooned straight into pastry cases as soon as the alcoholic moistness testing has ceased.

But you’ll find as you eat the rest of the pies over the coming week(s) that they’ll become ever mellower and smoother. The sharp tangs resulting from the high alcohol levels in the soaking liquor of choice become less obvious and finally disappear making for a more balanced snack.

You don’t need an ‘O’ level in Home Economics to make really good Christmas mincemeat – in fact the more feeble your efforts the better the results. First cover and soak the dried fruit overnight in more than the recommended sixth of a pint of brandy, rum, sherry or whisky. I have experimented with sweet sherry (good but the sherry flavour can get lost amongst the fruit), rum (over dominates) and have now settled on whisky as the alcohol of choice. It won’t overpower the currants and raisins and it also makes for a very satisfying dram before, during or after the mince making process.

To finish just stir in equal quantities of grated apple, mixed peel, suet, brown sugar and nuts and finally sprinkle on the mixed spice and the juice of a couple of lemons and oranges. Sample for moistness and then either add a bit more whisky to the mix or pour some into your glass.

You may still be drinking wine with your meals despite all that sherry about, so here are a few suggestions.

Sylvaner 2017, Italy white
£7.99 Lidl
Wine of the Week with its sophisticated flavours. An immediate aroma of fresh pears as soon as the cork is removed just leads you to sip this lovely wine. Match to Christmas nibbles.