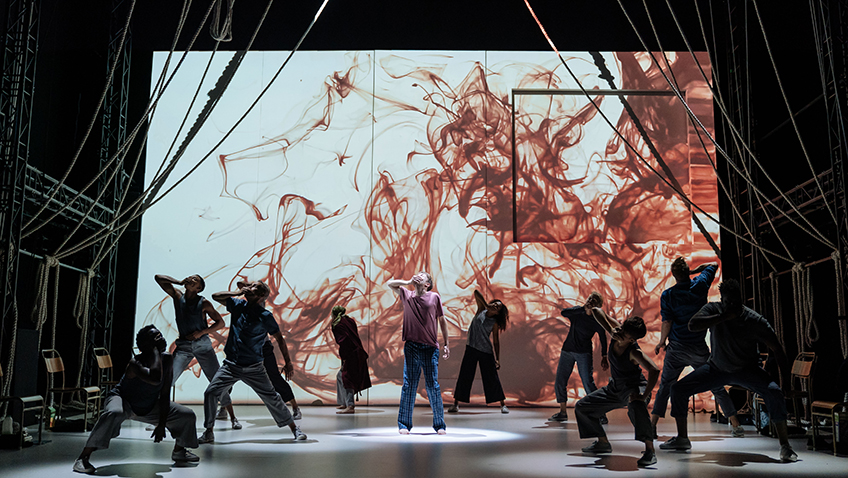 Patrick Nees published his best-selling novel for children in 2011. He and illustrator Jim Kay won the Carnegie and the Greenaway Medals for outstanding children’s literature and illustration in 2012.

The novel, which is intended to help children to come to terms with the death of a parent or relative, was conceived by Siobahn David when she was dying of breast cancer and too ill to write it. 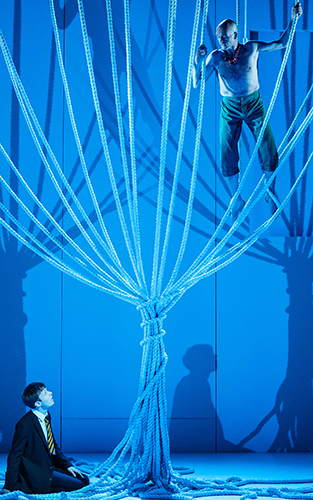 Stuart Goodwin in A Monster Calls

There was a film version in 2016 with Liam Neeson as the monster and Lewis MacDougall as the boy, directed by J. A. Bayana. It felt like a modern classic. The visual effects and the watercolour animations for the fairy tales were particularly impressive.

Now there is a stage adaption by Sally Cookson devised by the company and initially tried out at the Bristol Old Vic. The designer is Michael Vale and the composer is Benji Bower.

13-year-old Conor, too old to be a child, too young to be a man, is having to cope with a mum who is dying of cancer, bullies at school, an absent dad and a strict grandma. He is having nightmares.

Outside the window of his bedroom there is a giant yew tree, which takes on a human shape and becomes a gnarled monster who insists on telling the boy three violent fairy tales in which the villains turn out to be good and the good turn out to be villains.

Yew trees live a very long time. Ten yew trees in Britain are believed to predate the 10th century. The Yew tree is the only living creature capable of living indefinitely.

In the film the tree is voiced Liam Neeson. The tree is a monster with its bark, branches and leaves. On stage he is played by a bare-chested Stuart Goodwin and the tree in which he is suspended, is created entirely with ropes which he twists and turns. Goodwin exudes power and the ropes make for a striking image.

Matthew Tennyson is very good as Conor. The boy won’t admit his mother is dying. One side of him wants her to die in order to end his suffering. 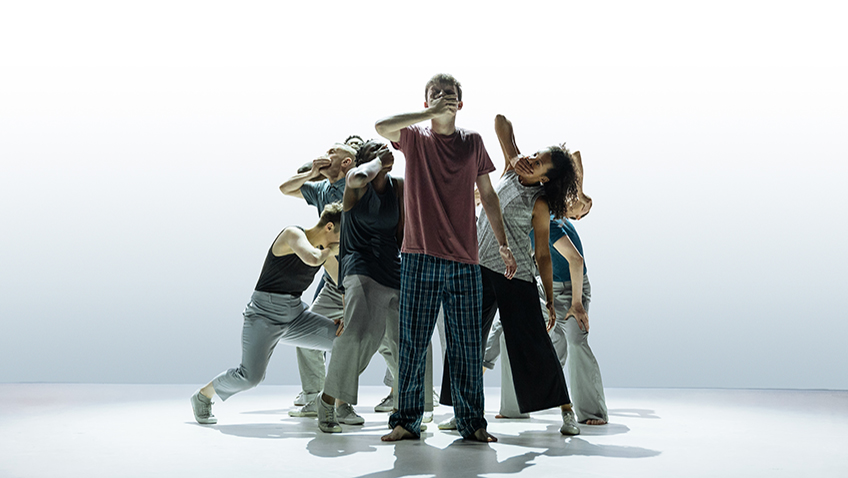 Cast of A Monster Calls

Sally Cookson’s extraordinarily inventive production relies on the mime, the physicality and the invention of the actors.

Chairs are regularly used, memorably so when Conor cracks up and becomes violent, his frustration, anger and grief vented on destroying his grandma’s home.

A Monster Calls, which moves to a heartbreaking finish, is perfect theatre for thoughtful, intelligent family audiences aged 10 plus.