Home / TRAVEL / DAYS OUT / Forget Wimbledon. This is Real Tennis! 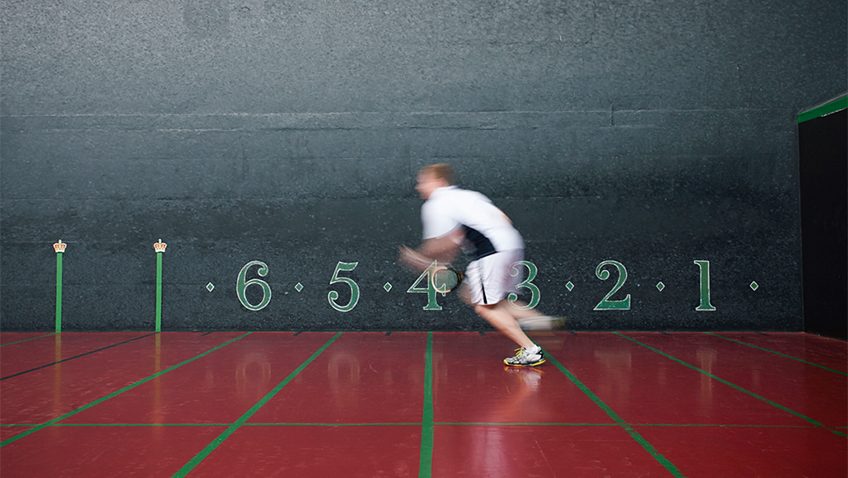 Forget Wimbledon. This is Real Tennis!

If you think that real tennis is what we see on the grass courts of Wimbledon, perhaps you need to think again.

With the world’s greatest players set to participate, it offers a unique chance to soak up the action on the world’s most historic courts, a designated National Monument. Professional competitors from around the world are set to come together at this publicly ticketed tournament and battle it out to be crowned the victor. The current World Champion, Camden Riviere, will return in 2018 to defend his title.

Steeped in history, the Royal Tennis Court at Hampton Court Palace has witnessed over 400 years of royal intrigue and sporting drama. It is one of fewer than fifty real tennis courts in the world still in use and one of the few where the public can watch this intriguing sport.

Real Tennis is the ancestor of modern tennis – from which lawn tennis was derived in about 1874. The game is played over a net on an asymmetric indoor court, where the architecture and court lines differ from service end to the hazard end. The handmade solid balls and the wooden rackets are still expertly handcrafted using traditional methods. Play is continuous; no sitting down for Real Tennis players! Points are awarded in various ways such as hitting, galleries, openings, buttresses and bells. No ‘love 15’ here!

The sport’s association with Hampton Court Palace goes back to 1526, when the palace’s original owner, Cardinal Wolsey, built an open-air court for the amusement of his guests. It was here that Henry VIII, one of the game’s most famous players, competed against senior courtiers under the bewitching gaze of Anne Boleyn.

Charles 1 built the present indoor court in 1625, maintaining one of Wolsey’s original walls with canvas curtains to keep out the rain and nets, stretched across the unglazed window openings, to keep the balls in. It wasn’t until 1700 that nets were installed in the galleries to protect the spectators!

In 1818 a committee of members was formed to run the internal affairs of the court, with this new ‘club’ becoming known as the Royal Tennis Court. With a renewed interest in the sport during the reign of Queen Victoria, both her husband Prince Albert and a young Edward VII were among the players who flocked to the court during the 19th century. More recently, the club has welcomed HM The Queen as its patron, and counts HRH The Earl of Wessex among its members.

Liz Young, Head of Events at Historic Royal Palaces, says: “We’re thrilled to be hosting the Real Tennis Champions Trophy at Hampton Court Palace for a second year, following a fantastic inaugural year in 2017. We look forward to welcoming some of the best players from around the world to the iconic Royal Tennis Court at the Palace this July for what promises to be an unmissable occasion!”

The tournament kicks off with qualifying rounds on 17 July, before Champions Trophy matches start on 18 July. It will culminate in a grand final on 22 July.

For info and tickets visit: www.hrp.org.uk/realtennis