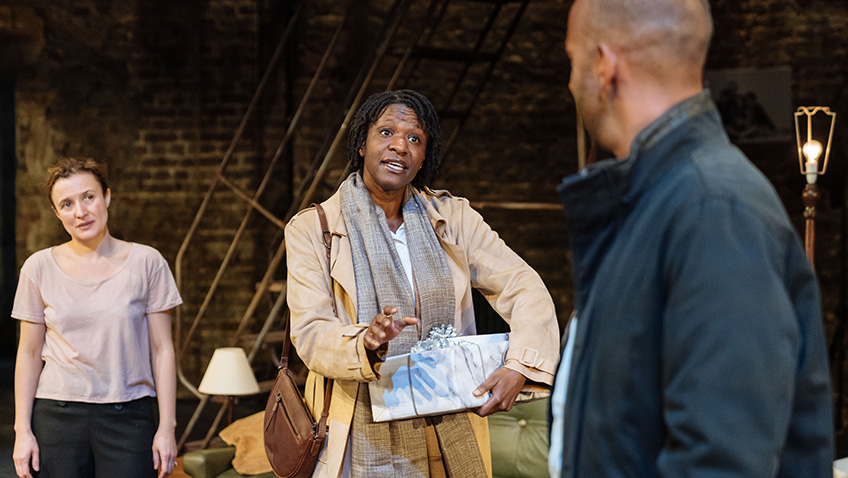 Who needs the truth? Truth isn’t always a good idea

Kevin Harvey walks on to the bare stage and tells us that all stories are lies and that Ibsen wrote The Wild Duck in 1884 and that much of it is autobiographical.

The lecture continues and I wondered how long it would be before the play proper would start. 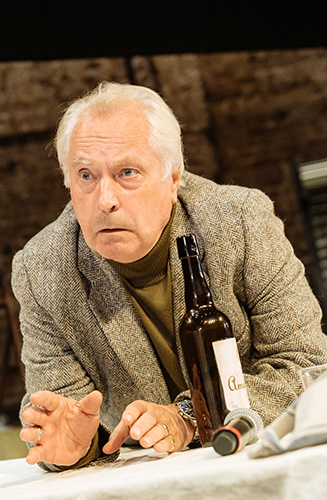 Nicholas Day in The Wild Duck

Nicholas Day sitting in the stalls joins Harvey on stage and then returns to his seat. Edward Hogg makes his entrance from the stalls.

When the play was first produced in England it confused critics and public alike who didn’t know what to make of the symbolism of the lame duck in the attic.

Nobody was clear whether they were watching a comi-tragedy or a tragi-comedy. Bernard Shaw watched it in horror and pity whilst roaring with laughter.

The subject is the damage done by idealists. Truth isn’t always a good idea.

James and Gina Ekdal (Edward Hogg and Lyndsey Marshal) are happily married. They have a 14-year-old daughter, Hedwig (Clara Read), whom they adore and who adores them. Granddad (Nicholas Farrell) lives with them and shoots rabbits in the attic.

James is a photographer; self-important and very lazy; he has delusions that he is an inventor manqué.

Hogg is playing one of the great comic roles. Ibsen didn’t want the actor to be conscious that he was being funny. But Hogg goes to the other extreme and is not funny at all.

Marshall finds a new way to play Gina, much stronger, much brighter than usual. James wouldn’t be able to survive without her.

Gregory Wood’s (Kevin Harvey), James’s best friend, is a warped idealist and sees his mission in life is to destroy illusions. He tells James that Gina had an affair with Gregory’s’ father (Nicholas Day) when she was his housekeeper and that Hedwig was fathered by him.

The actors keep coming out of the play, grabbing a hand microphone and addressing the audience directly. The less Robert Icke interrupts the flow of the play, the more I enjoy it. The story-line is strong. There are good performances all round and the production builds to a powerful climax.