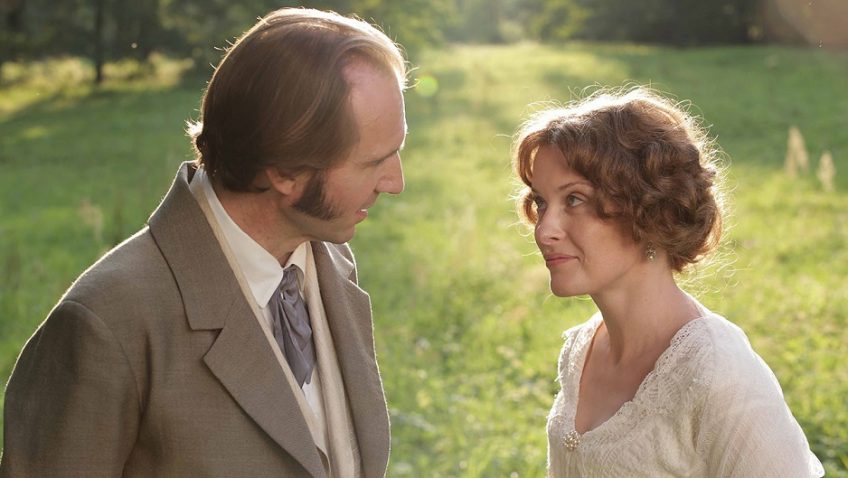 Ralph Fiennes is acting in Russian

TWO WOMEN (Verve).  Ralph Fiennes is perfect casting for the good and decent Raitkin. The major surprise is that he is acting in Russian in Vera Glagoleva’s Russian film adaption of Turgenev’s quintessential 19th century romantic drama, A Month in the Country, a slow, gentle, intimate piece, tender and acute in its observation of love and friendship.  Natalya (Anna Astrakhantseva), unhappily married, has a devoted, platonic friend in Rakitin, whom she loves or thinks she loves, until she falls in love with her son’s 21-year-old tutor ( Nikita Yolkov) who is also loved by her adopted daughter (Anna Levanova). The scene when Raitkin admits he loves Natalia to her husband (Aleksandr Buluev), his best friend since their student days, is one of his high spots.

ANTHROPOID (Icon). Reinhard Heydrich (aka the Butcher of Prague) was a leading architect of the Final Solution. Sean Ellis’s film is the story of his assassination by members of the Czech resistance in 1942. The Nazis threatened to kill 30,000 men, women and children if the assassins were not found in five days. The assassins were hiding in a church and much of the film is spent on the Nazi soldiers trying to flush them out with guns and water. In retaliation the Nazis murdered 5,000 men, women and children. Was Heydrich’s death worth such a sacrifice of human life? Cillian Murphy and Jamie Dornan head the cast. The dialogue and acting can feel artificial

BEN HUR (Paramount) General Lew Wallace’s best-selling novel, published in 1880, was staged (in 1902 and I912) and filmed five times, notably in 1926 with Roman Novarro and Francis X Bushman and in 1959 with Charlton Heston and Stephen Boyd.  Jack Huston and Toby Kebbel are not in the same league. So what’s the point of remaking it? Where is the audience for sword and sandal Biblical films today? You would guess it would be a flop. The dialogue is terrible and the direction plodding. The only raison d’etre is the chariot race. It’s OK if you have not seen the William Wyler 1959 race with the blades shredding the chariot wheels.