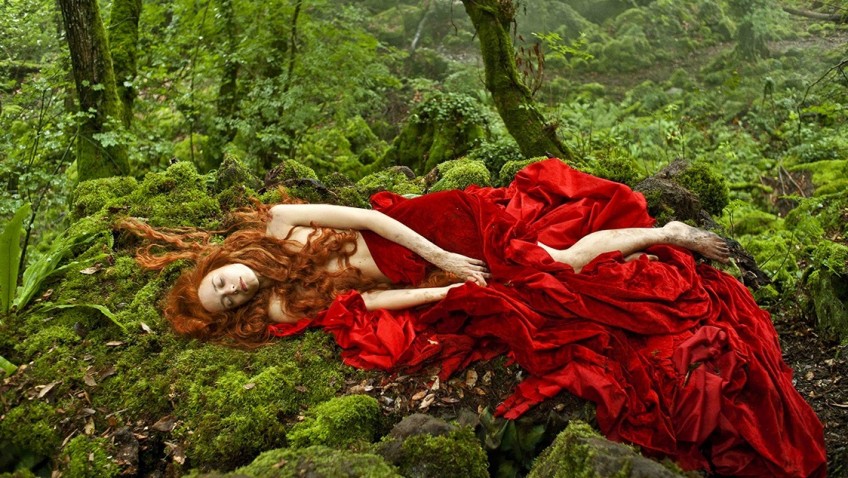 TALE OF TALES (Artificial Eye). Fairy tales for most people mean Perrault, the Brothers Grimm and Hans Christian Anderson. Their predecessor was the Italian fairy tale collector Giambattista Bile (1566-1632). Matteo Garrone’s adaptation of three of his extraordinary tales is set in three kingdoms and filmed on location in pictorially beautiful Italian locations.. A childless queen (Salma Hayek) wants to become pregnant and is told she must eat the heart of a sea-monster. A king (Vincent Cassel) discovers the beautiful woman he fancies, having only heard her voice, is in fact an old hag. An infantile king (Toby Jones) who cares more for a flea than his daughter (Bebe Cave) marries her off to an ogre. These dark, creepy medieval stories are a mixture of the fantastical and the macabre and strictly for adult audiences.

DHEEPAN (StudioCanal). Three unrelated refugees from Sri Lanka pose as a family in order to gain asylum in France. The man (Antonythasan Jesuthasen), a former Tamil fighter, gets the job of caretaker on a run-down suburban estate overrun by warring drug traffickers. The woman (Kalleaswari Srinivasan) becomes a cook and carer for a disabled elderly man. The 9-year-old girl goes to school. Jacques Audiard’s film won the Palme D’Or at Cannes in 2015 for this topical refugee crisis drama of survival and integration. But the harsh documentary reality is spoiled by the violent Sam Peckinpah shoot-out climax and then the happy coda, both of which seem to belong to a different film.