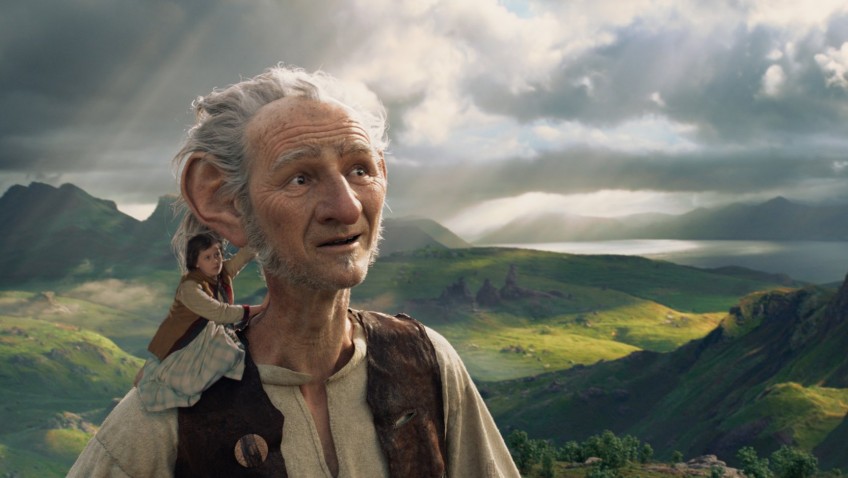 THE BFG (Entertainment One).The Big Friendly Giant is a small giant. He’s only 24 foot. The chemistry between him and the orphan girl is just right. But the adaptation of Roald Dahl’s book and Steven Spielberg’s direction is a bit on the slow side and a bit disappointing. Mark Rylance has been stretched, body, head, neck and face, to make him look like Quentin Blake’s drawings and to give audiences a glimpse of what Rylance might look like in extreme old age. There is fun with the monster moronic giants. The high spot is the Queen (Penelope Wilton) entertaining BFG to a scrumpdiddlyumptious and whoops-whiffing breakfast in Buckingham Palace. 12-year-old Ruby Burnhill as the girl gives an amazingly confident performance, far beyond her years.

JINNAH (Eureka). This tribute to the creator of Pakistan in 1947 never got a cinema release in the UK but it did well in Pakistan. The film was meant to correct the impression that had been given in Richard Attenborough’s film, Gandhi. Director Jamil Dehlavi shows Jinnah as a good role model for a Muslim leader, tolerant and democratic. Initially, the casting of Christopher Lee, best known for Dracula, caused uproar among Muslims in Pakistan.  (Lee said it was the best thing he had done. Certainly, it was the most serious role he had had in years.) Was Muhammad Al Jinnah (1876-1948), the leader of the All-Indian Muslim League from 1913, a sinner or a saint? How responsible was he for all the massacres? Lord Mountbatten (James Fox) and the Britain are put on imaginary trial and found guilty. The big mistake is the ponderous, schoolmasterly script which has Jinnah’s ghost, accompanied by a narrator,  observing  and sharing scenes with Jinnah’s younger self (Richard Lintern). The artificiality irritates.