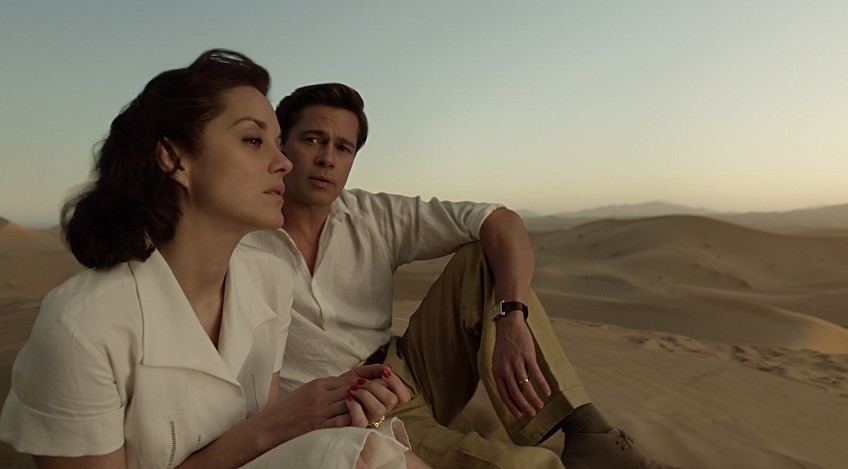 Trust in a relationship is a fundamental and universal concept with which all audiences can identify.  When one half of a couple begins to suspect the other of something – from infidelity (Adrian Lyne’s 2002, Unfaithful) to marrying for money (Alfred Hitchcock’s Suspicion) we do not need much convincing. To up the ante, directors turned to criminal thrillers in which — typically – a husband or lover suspects wife or lover of being a murderer.

Jagged Edge, Sea of Love and Basic Instinct all emerged from the cut-throat 1980s and early 1990s, when men were feeling insecure about their superiority bed and their position in the work place.  A less common, but arguably far more natural platform for a suspicious relationship is the espionage genre. James Bond has developed a knack for determining which gorgeous temptress is out to kill him or collude with him, but what happens if the spies fall in love for real? 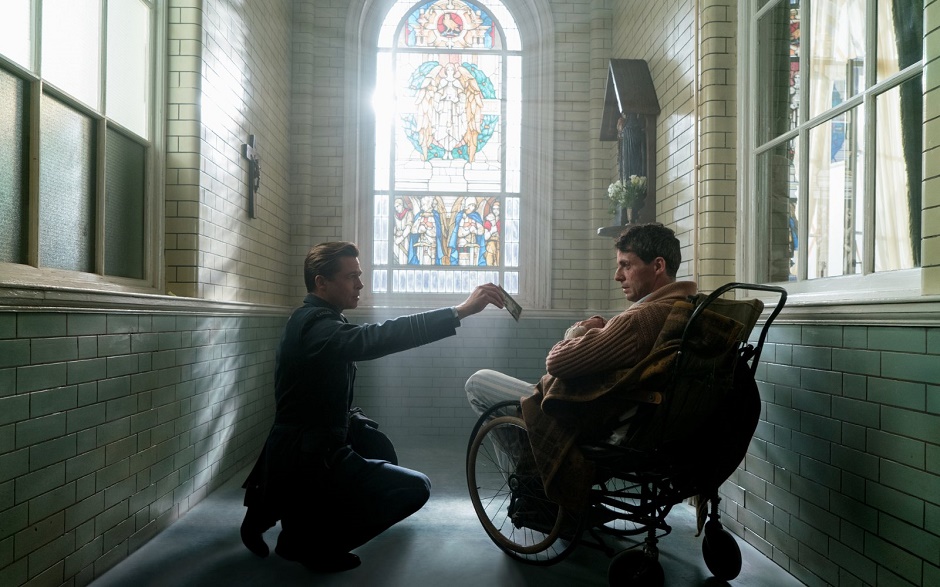 The excellent television series, The Americans aside, when introducing Robert Zemeckis’s new WWII spy thriller/romance Allied, the elephant in the room is Mr and Mrs Smith, a cartoon spy movie in which each partner in a real life marriage is under contract to kill the other.  Brad Pitt and Angelina Jolie fell in love on the set of that film. Now Pitt is playing a slightly more credible character who also discovers a conflict of interest in his marriage. The other elephant in the room is less conspicuous because, due to a ridiculous modern parallel story line, Despite the Falling Snow melted without a trace at the box office last April.  But the basic plot of its well-acted 1950s cold war spies-in-love story is identical to Allied.

Robert Zemeckis is too good a director to be messing around with other people’s idea, even if Allied is not his usual fare.  He is known for playing with time and inserting computer graphics into fantasy movies with heart, such as Back to the Future Part II and Forrest Gump and for his innovative performance capture technique that made The Polar Express and Beowulf such visual treats. Here, he works with Forrest Gump cinematographer Don Burgess who effectively contrasts the three arenas of the action, Morocco, Hampstead and Dieppe, even if the studied period details seem to call out to be noticed.

Max Vatan (Pitt) is a Canadian pilot turned intelligence officer working out of London. He is parachuted into French Morocco during in 1942 to play house with a glamorous resistance heroine, Marianne Beausejour (Marion Cotillard, Rust and Bones, La Vie en Rose).  He will recognise her at a given rendezvous by the hummingbird (a symbol of fearlessness and all things good) on her jacket in a nightclub. They then have to convince Marianne’s ex-pat crowd, and the Germans around them, that Max is not only her loving husband and a mining engineer, but a Parisian.  The loving couple act is easy, and Max has memorized some basic chemical formulae, but the credibility gap opens and never closes when it comes to Max’s Parisian accent.  It’s the kind of accent that gets spies killed. 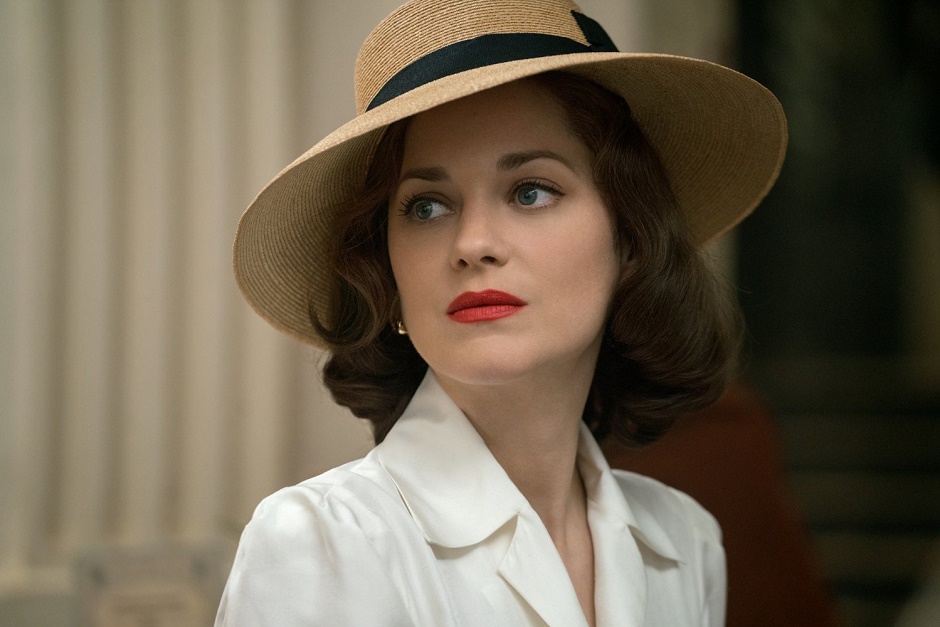 But Max and Marianne are not planning to hands around long. They are in Casablanca for a dangerous operation that they keep under wraps, even from the audience.  Zemeckis stages the operation beautifully but it’s one of only a few moments of suspense in a film that should have us on the edge of our seats.   When Max asks Marianne how she maintains her cover, she says, ‘I keep the emotions real, that’s why it works.’  If that’s a warning and a hint that a good spy is a good actor, Max ignores it.   Caught up in the euphoria of their lovemaking and of the adrenalin-pumping plan, Max proposes and Marianne readily accepts.

The second half of the film takes place in leafy Hampstead, hotbed of intellectuals and filled with artists who have escaped from Nazi Germany (or may be spying for it).   Marianne gives birth to a little girl under German bombs, but the happy couple spend the little girl’s first year in marital bliss.  We never find out what Max is actually doing in London, but Marianne, an invaluable resistance heroine, quits work and settles down like a housewife to bring up the baby. That seems plausible until you  remember Violette Szabo. Though only 22, the French born, British-educated  shop girl who left her infant daughter with childminders to work in a factory before being parachuted into France for her fateful mission.  If the audience finds master spy Marianne’s early retirement at the height of the war is natural, so does Max. He is indignant when informed by the military’s ‘rat catcher’ that she may be an imposter.

Instructed not to investigate or raise Marianne’s suspicions, Max is obliged to set a trap to test the rat catcher’s hypothesis.  In the interim, Max does preposterous things like substitute himself for a scheduled pilot on mission to Dieppe. Instead of patrolling, he almost gets three resistance workers killed so he can interview a man who knew the real Marianne Beausejour.  Max is already responsible for the death of a young pilot who Max charged with obtaining that information, against the military’s orders.  Far from being court-martialled, he gets a slap on the hand.

Zemeckis succeeds in giving us a good, old-fashioned romance and WWII story that will certainly hold your attention.  It might, however, leave you thinking that not every handsome actor can play a convincing spy.  I was willing to buy into the love story, but Max, impetuous, emotional, well-fed and with a bad accent, does not come across as an intelligence officer.  It doesn’t help that the script somewhat undermines the ambiguity that is central to the plot as it seems too easy for Marianne to change allegiances, if that is what she doing in the dramatic ending.