Home / LIFESTYLE / REVIEWS > / THEATRE REVIEWS / How would you cope after a terrorist attack? 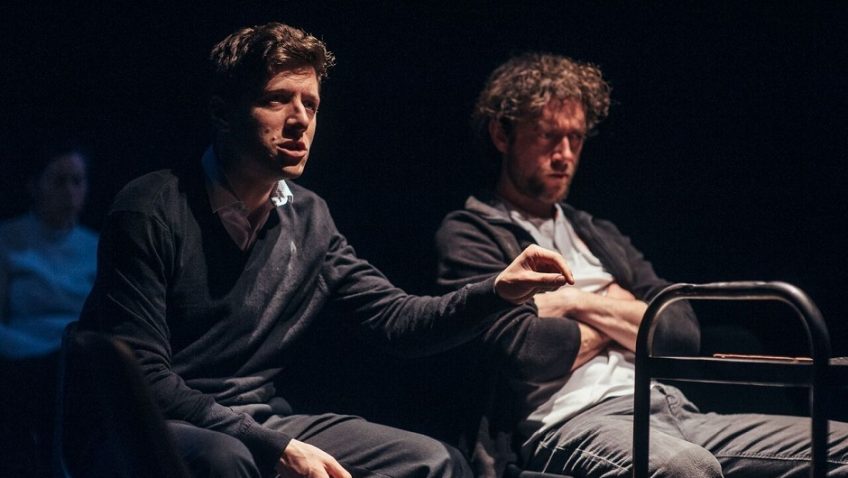 How would you cope after a terrorist attack?

There is death and destruction when a terrorist brings down a jumbo jet which is flying over London with the aid of a shoulder-launched missile.

The script is a series of interlocking monologues and acted so that the audience will feel they are watching genuine verbatim theatre.

There are just six actors, six chairs, and a trolley. The characters include a banker, an office worker, a student, a sunbather, a young Muslim and a van driver.

The banker (Alexander Forsyth) has lost his girl friend. She was having sex with his best friend when the missile struck. Their fused dead bodies looked like corpses out of Pompeii.

The office worker (Isabella Laughland) learns of her mother’s death on Twitter. The sunbather (Roxana Lupu) ends up in a wheel-chair, having suffered severe burns from the aviation oil.

A body landed in the student’s back garden. She found out on the internet that it took 22 seconds for the body to fall from plane to ground.  Florence Roberts counts out the 22 seconds so that audiences can appreciate just how long 22 seconds is.

The Muslim (Clive Keene) is not a terrorist but the son of the man who died in the student’s garden. The van driver (Graham O’Mara), a lying eye-witness, becomes something of a celebrity on television and is commissioned to write a book.

There is a surprising amount of humour, notable from the outrageous cocksure banker who has done so very well for himself out of the disaster, getting quick promotion, since so many colleagues have died. If casting directors are doing their job properly, Alexander Forsyth’s very amusing performance should give his career a big boost.