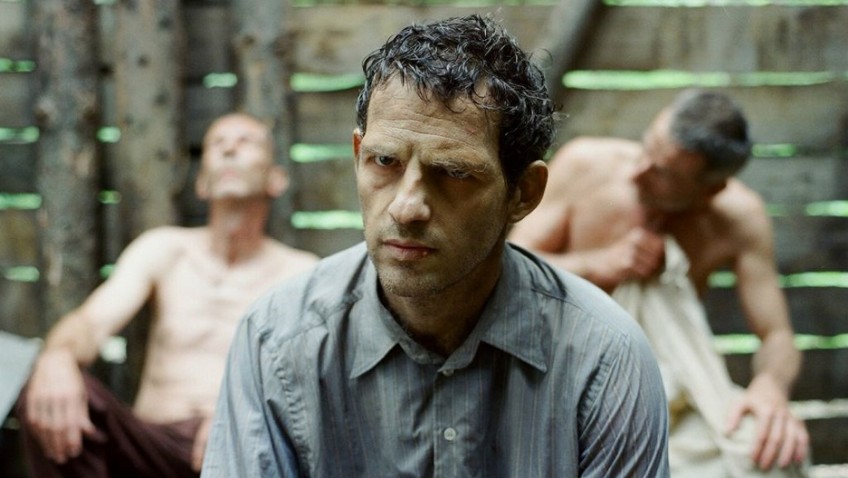 “Son of Saul” is an outstanding Holocaust film

SON OF SAUL (Lionsgate).  Auschwitz concentration camp, World War 2, 1944. There have been so many films about the horrors of the Holocaust. You may feel, like I did, that you don’t want to see any more. But you should see this one, which has won many international awards for Best Foreign Film. It is different and important.

Hungarian director Laszlo Nemes’s visceral film is about the sonderkommandos, a sensitive subject. The sonderkommandos were the Jewish prisoners who worked with the Nazi guards in the execution chambers and crematoria, herding the naked prisoners into the showers, the gas chambers, and dealing with the aftermath: the piles of dead bodies, the burning, the ashes thrown into a river, and the scrubbing clean of floors.

A Hungarian-Jewish sonderkommando (Geza Rohrig) saves a dead boy from autopsy. He says he is his son and is willing to risk his life and others to give him a Jewish burial with funeral rites performed by a rabbi.

Rohrig’s gaunt, impassive face speaks volumes. It is a great performance. We only see what he sees. Most of the horrors are out of shot, off-screen. There is no musical soundtrack. The soundtrack is a Babel of sound, multi-lingual voices, German orders, screams and gunfire.

Son of Saul is an outstanding Holocaust film, all the more powerful and harrowing for being low-keyed and restrained.